The taut wire sang as the Adventure Geezer zipped over the meadow. No, not me, the other “Adventure Geezer,” my generational compatriot, John, from British Columbia. 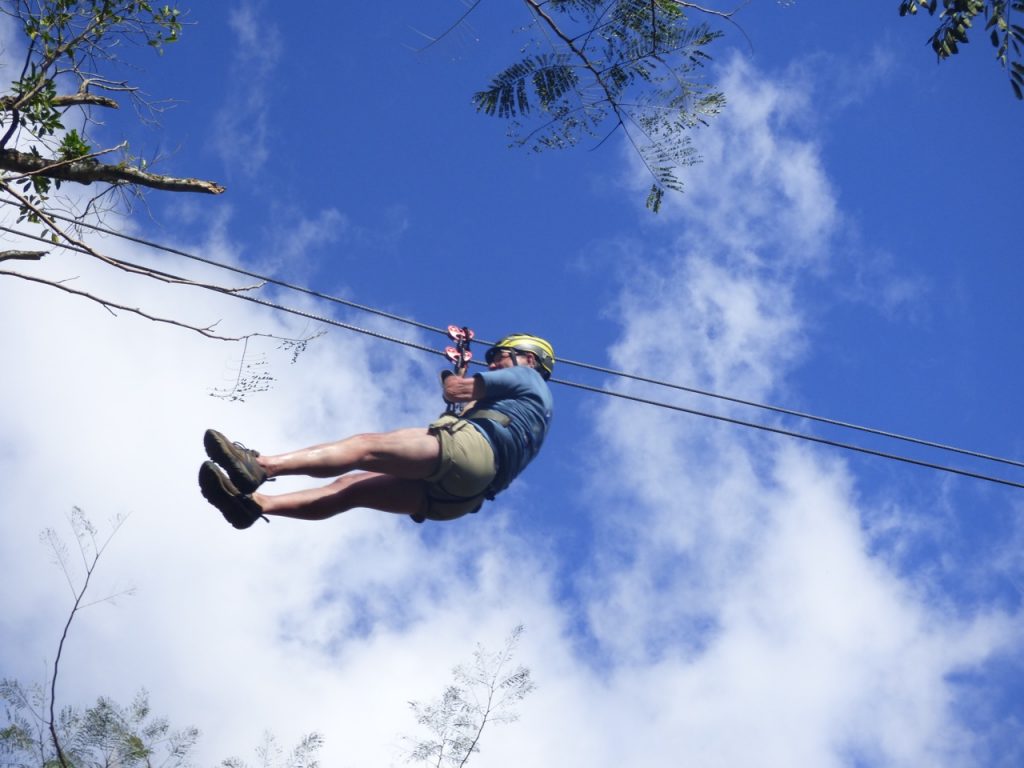 Almost a year older, but many pounds lighter with sound knees, John filled in for this AG as he enthusiastically took full advantage of the adventure sports offered at the Bocawina Rainforest Resort, our next destination. 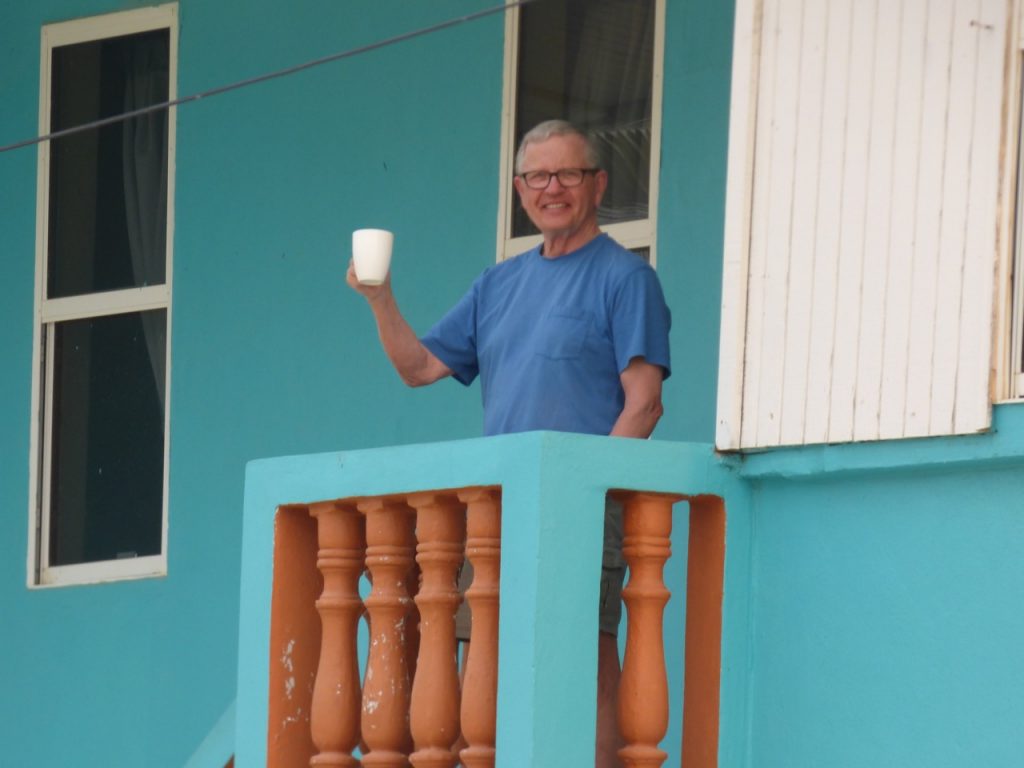 The visit started tamely enough, with a short nature walk through the rainforest lead by our knowledgeable guide, Venancio. 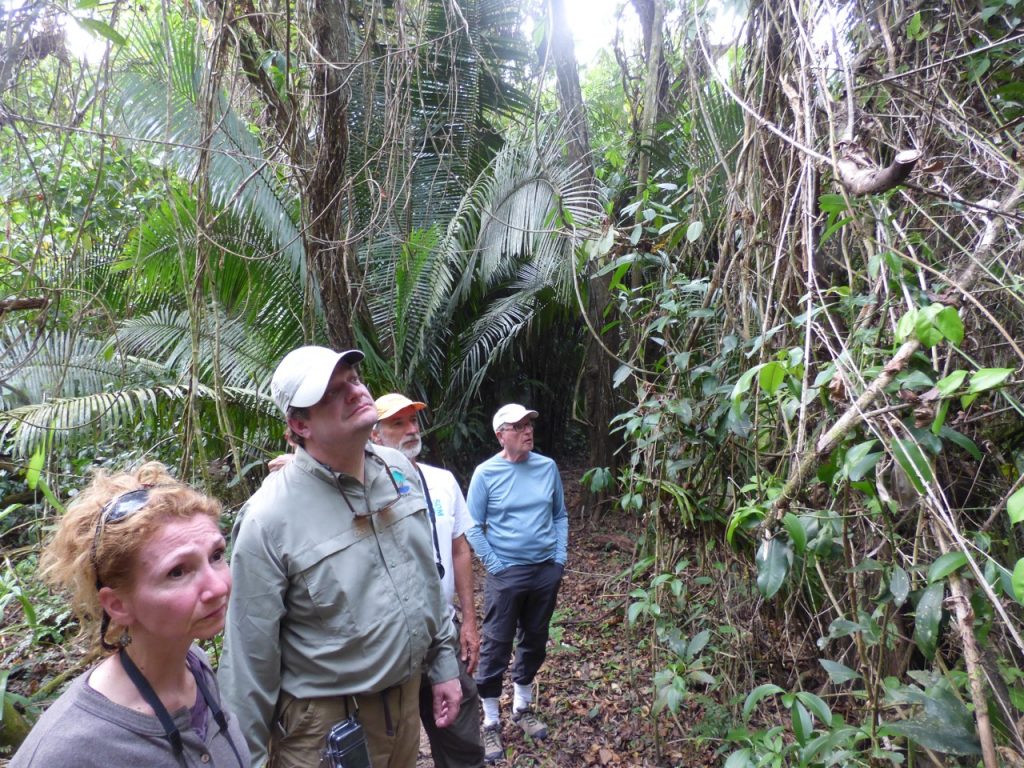 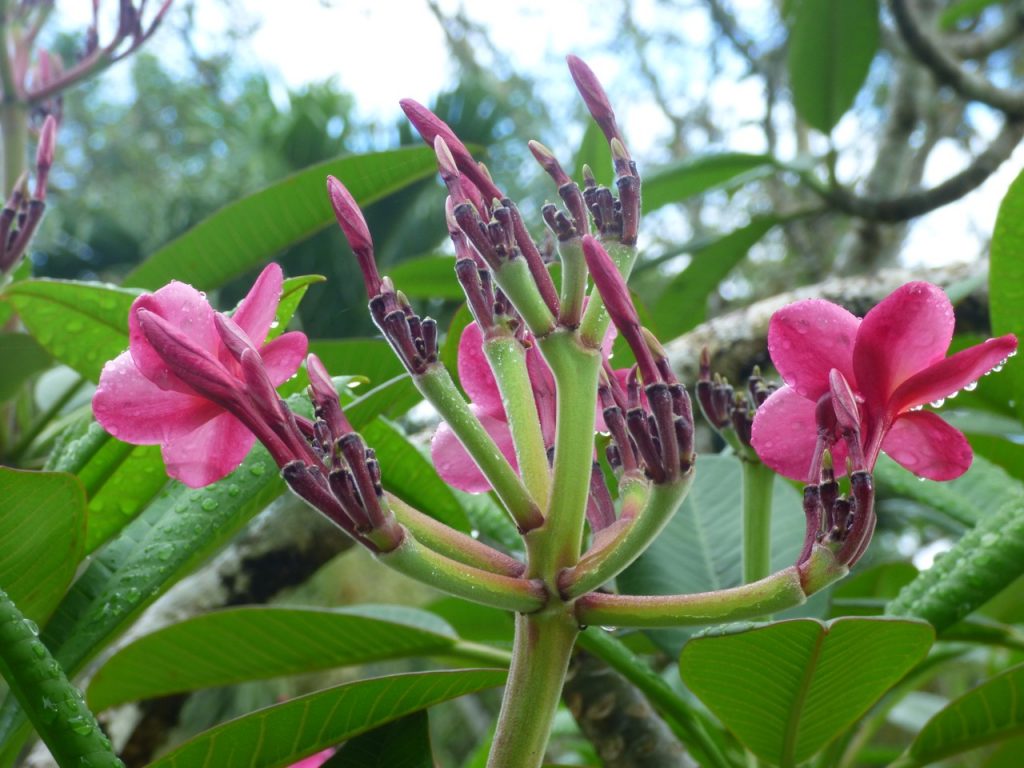 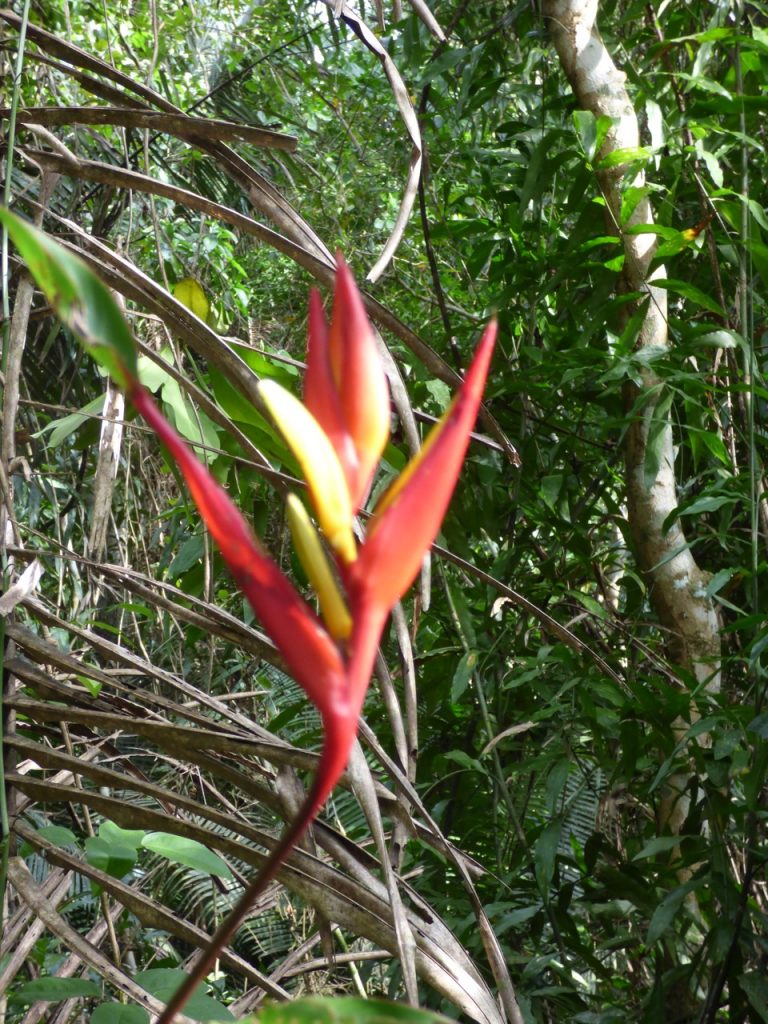 This was followed by an outstanding dinner at the restaurant at the resort. My order included the largest slab of pork belly I have ever seen. It rested on a bed of vegetables in a futile attempt to turn the dish into something resembling healthy.  I topped it off with desert, a home baked coffee cake slathered with a decadent layer of cream cheese, canceling out whatever “healthy” benefit I may have derived from the vegetables.

The next day was dedicated to adventure sports. First was the 250 foot rappel down a waterfall. With a somewhat limited range of movement in my left knee, a leftover from my total knee replacement 16 months earlier, I decided to pass on the rappelling. But I did hike the steep 1.5 mile trail to the base of the waterfall so that I could take photos of John and the others as they negotiated their way down the slick course. 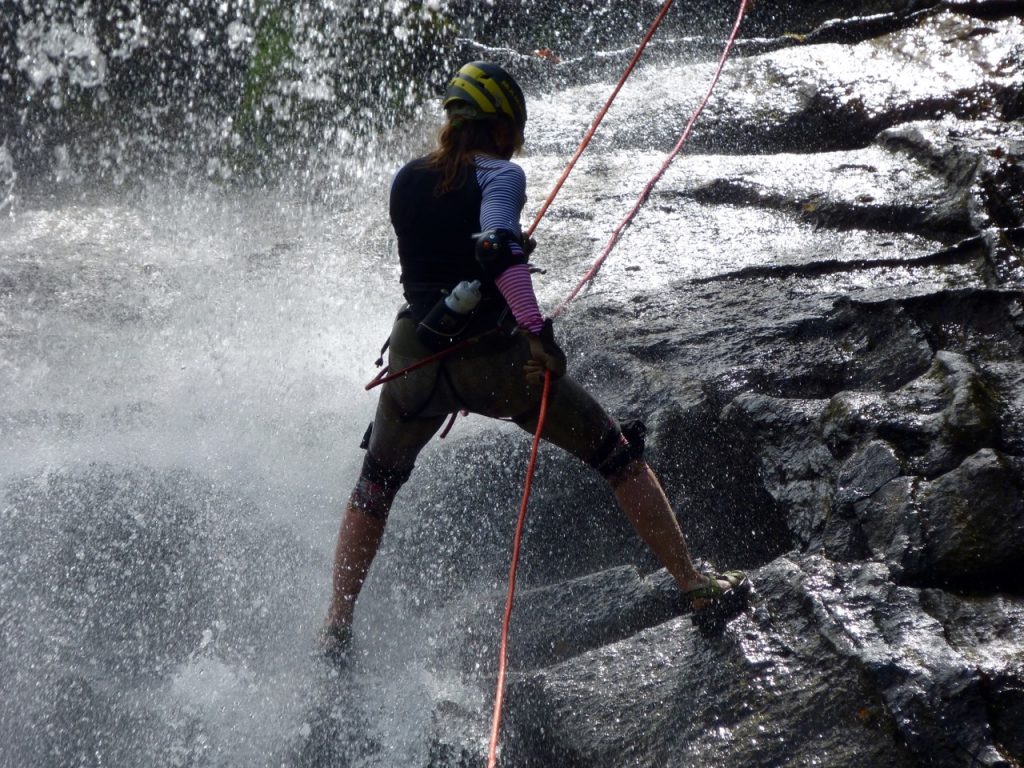 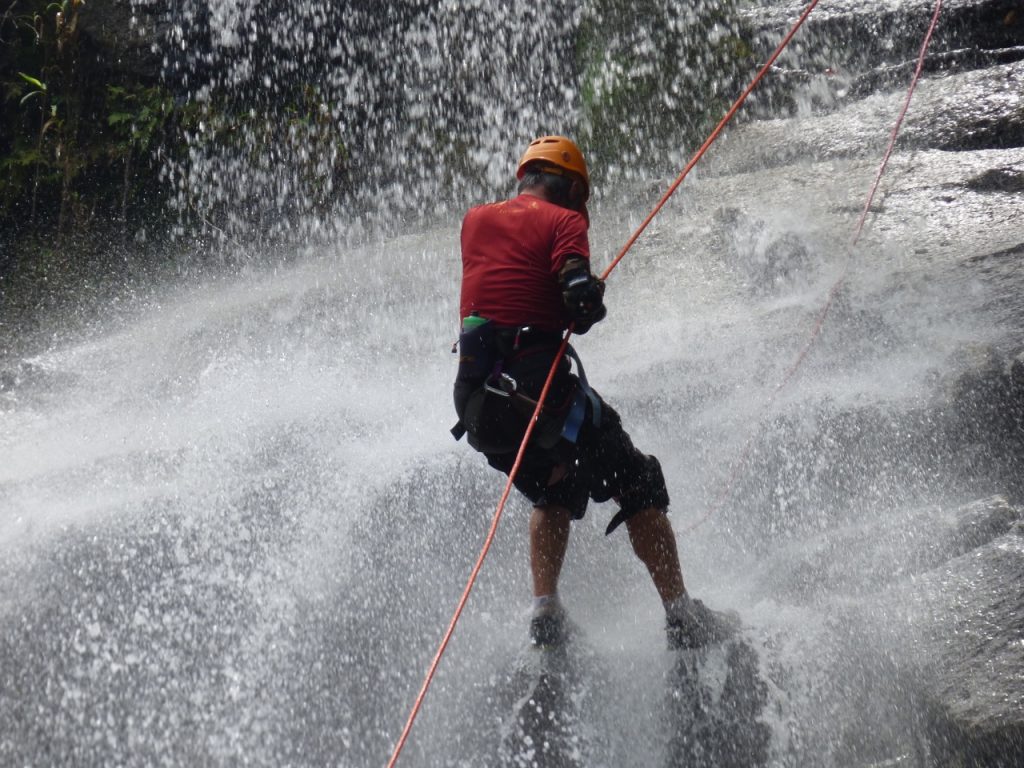 This is John in the next three photos: 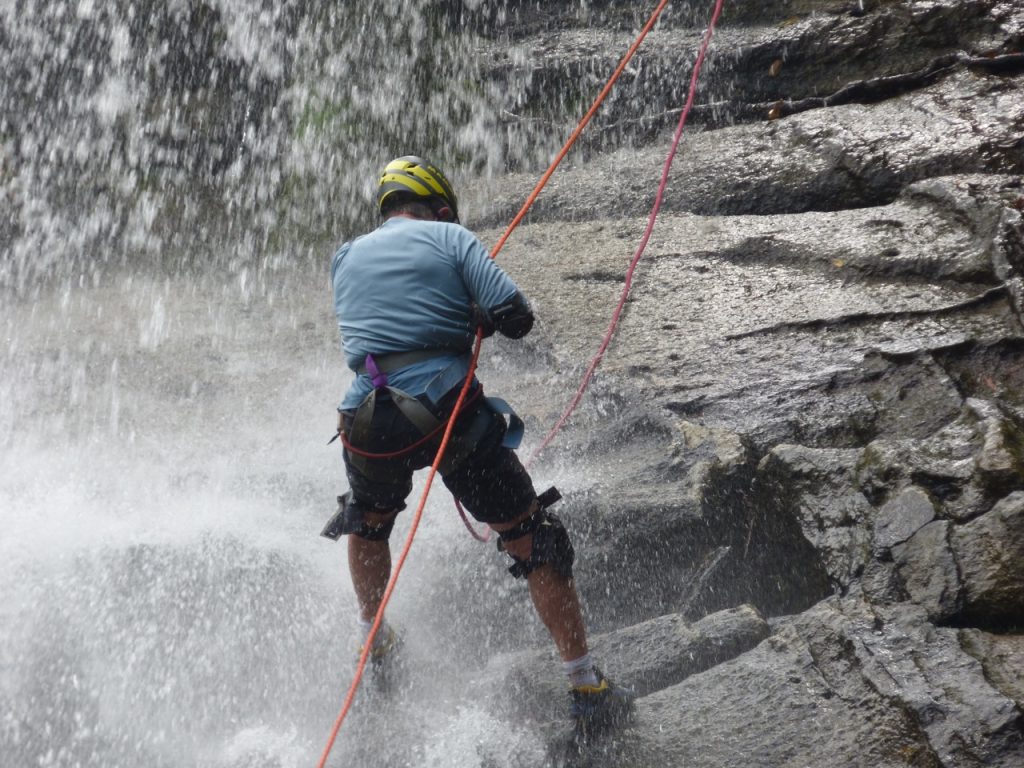 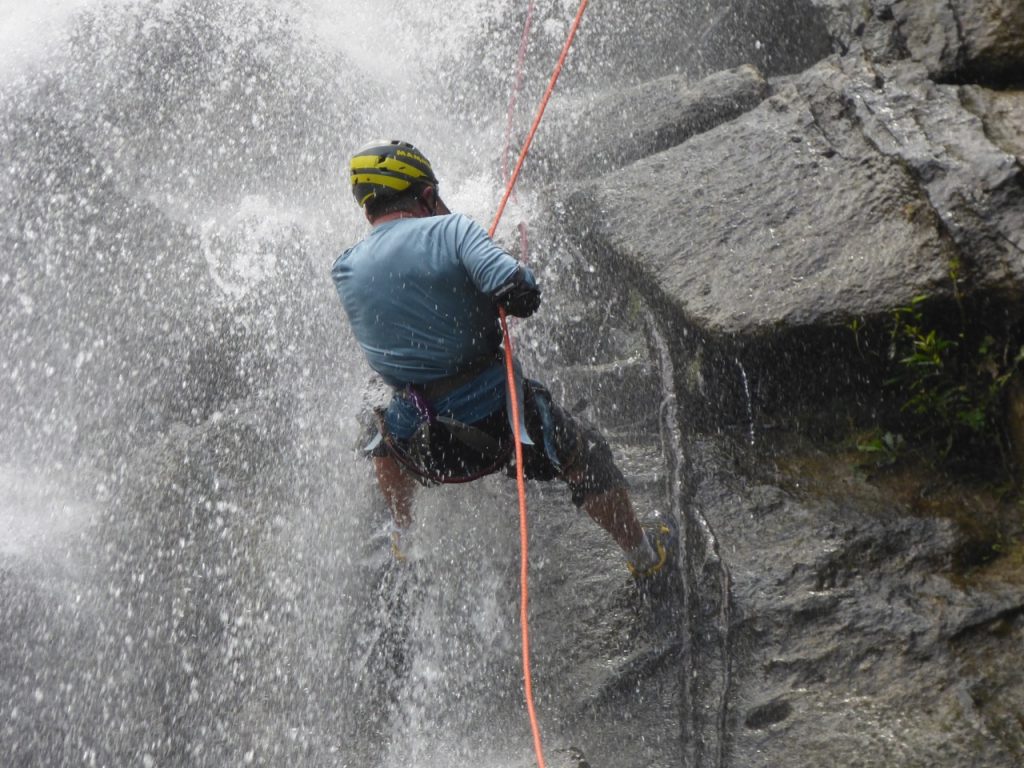 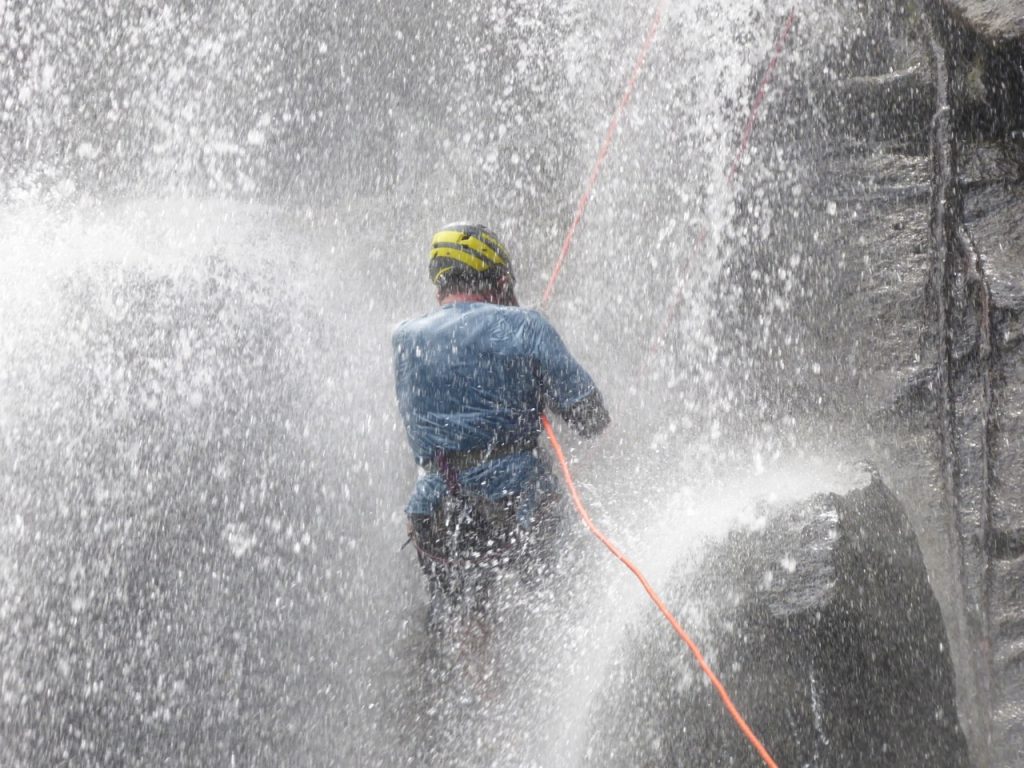 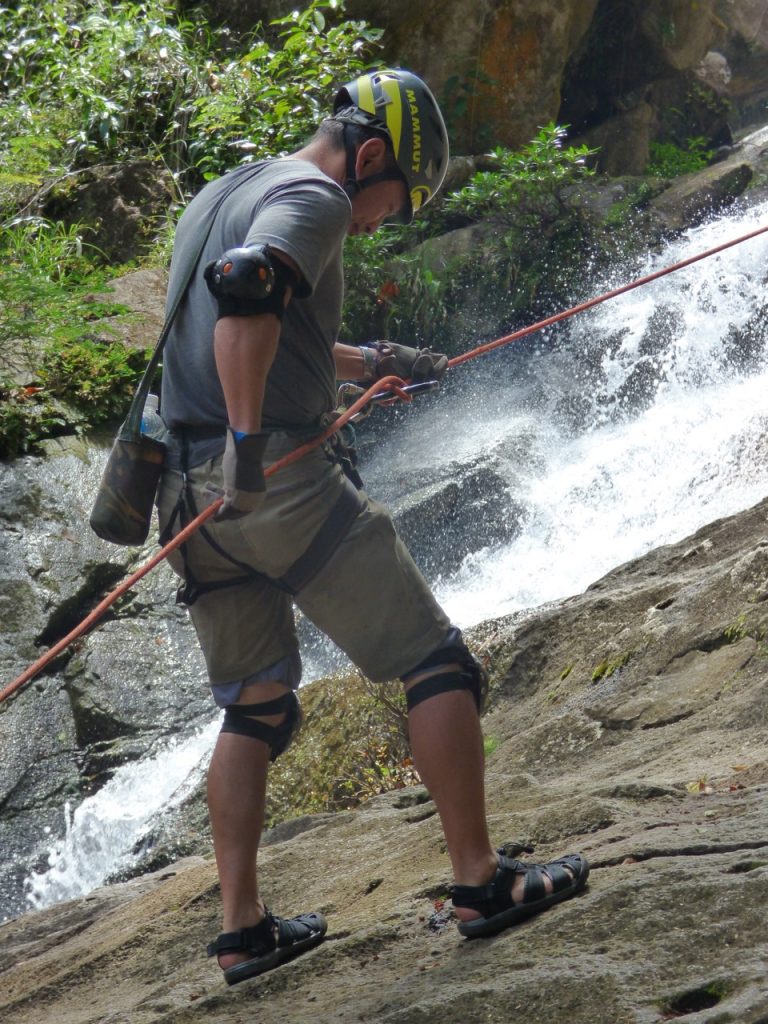 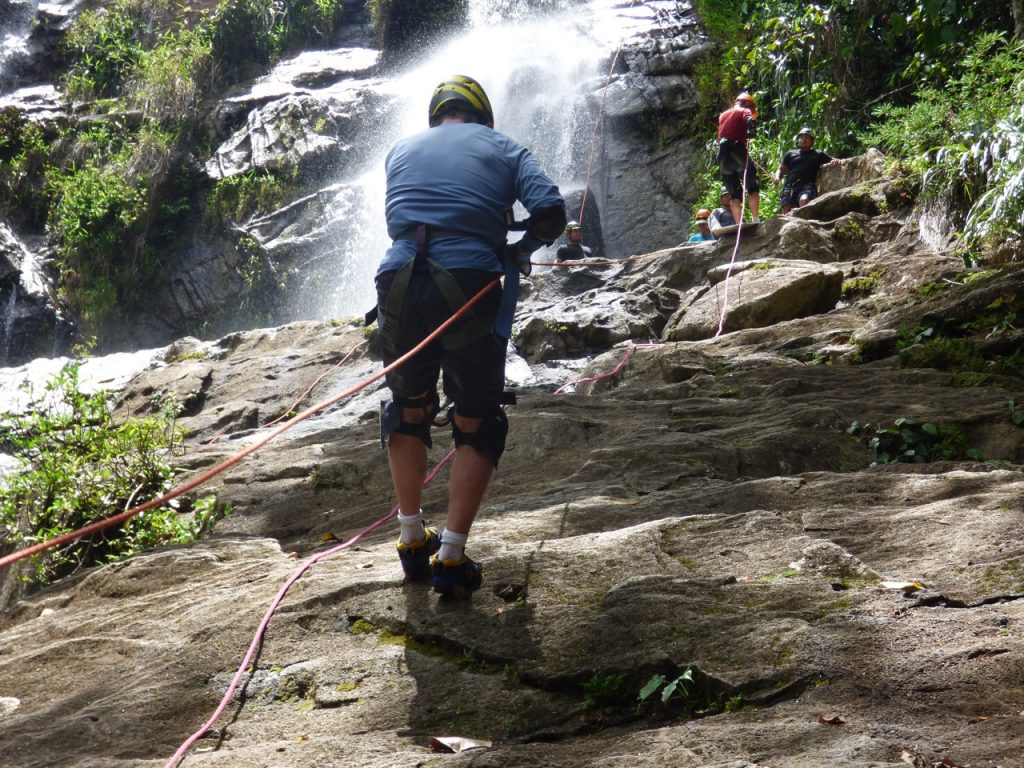 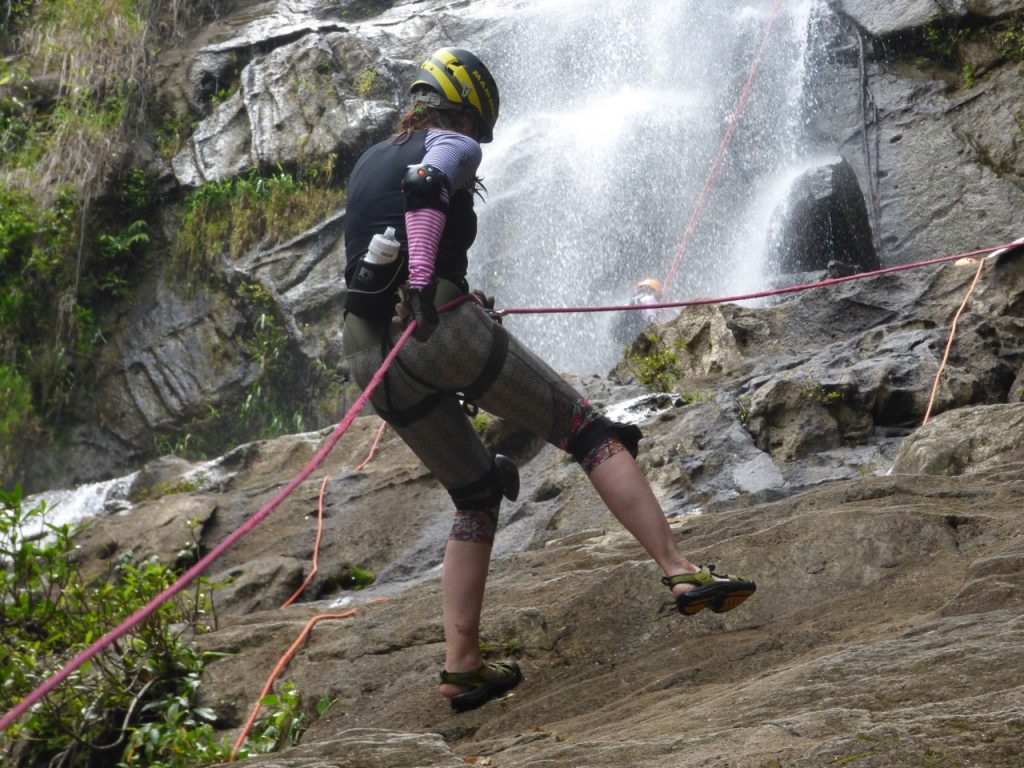 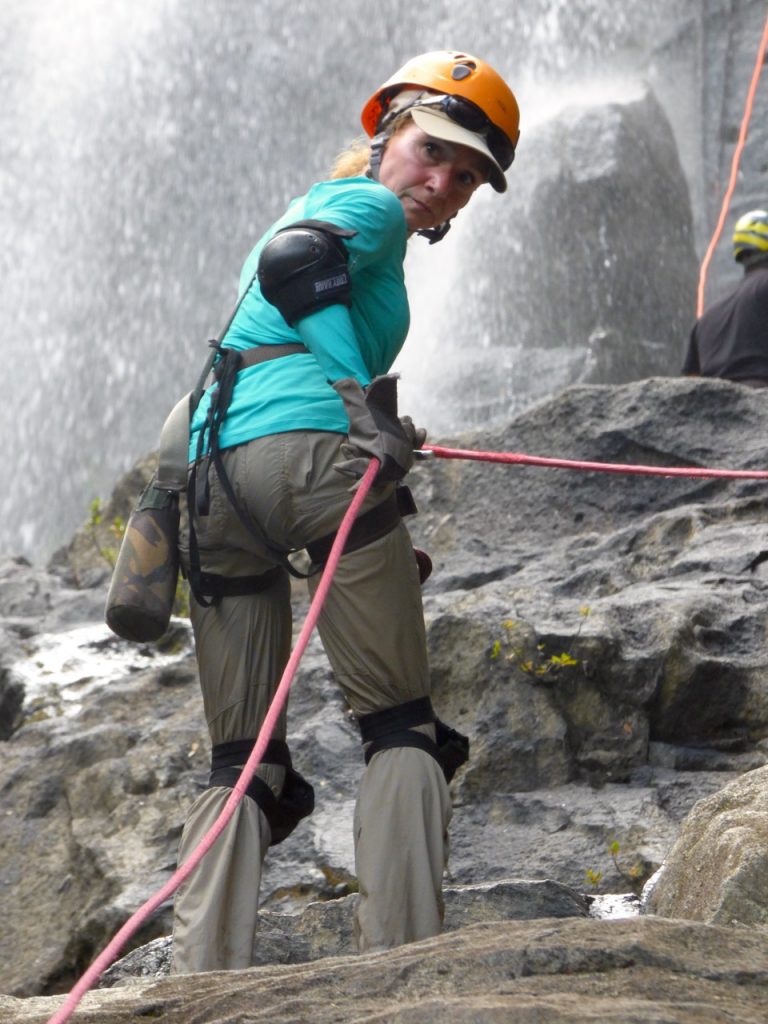 The hike back down the trail was the most challenging trek I have taken since my knee operation, but with concentration, care and a sturdy pair of trekking poles I made it down without much difficulty. That pretty much erased any doubts I might have had about my post-operation abilities, but I still think it was a good idea to skip the rappel. Besides I’ve done it in the (distant) past, and it just doesn’t interest me all that much these days.

The hike down the trail was hot and steamy, so by the time I arrived at the restaurant for lunch I was seriously dehydrated. I decided to spend the next couple of hours drinking water and relaxing rather than zip lining, but I did recover in enough time to get out and take a few photos of the others zipping by above. I did feel a pang of regret on missing out on this activity, but I have learned that continuing to adventure as a geezer requires paying attention to my body and respecting the limits of age.

Age hasn’t stopped me from eating, however. That evening I had the pepper shrimp, every bit as good as the pork belly, and a desert whose details have escaped me, but I do remember that it was almost up to the high bar set by the cream cheese coffee cake the evening before.

But I do realize that if I want to continue carrying the mantle of the Adventure Geezer, I need to lose a few pounds. No pork belly for me these days. Well, maybe a little…

(Don was hosted on this trip by Island Expeditions)

2 thoughts on “Beautiful Belize II: Adventure Sports and Fine Dining in the Rainforest”