This expedition cruise was more “expedition” than “cruise.” 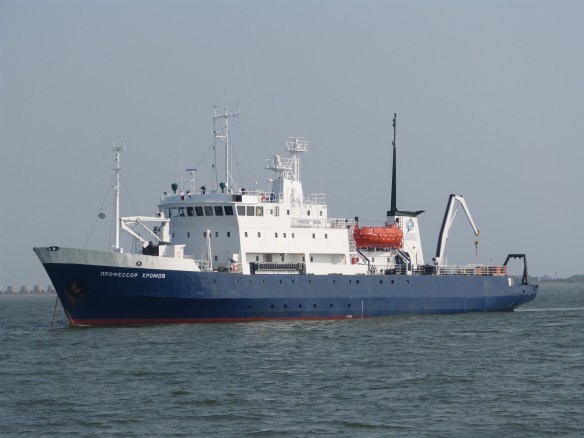 In other words, lots of “whales, walruses and polar bears” (see previous post) on this Heritage Expeditions trip, but not much in the way of luxury — no spas, no lavish midnight buffets, no Las Vegas style shows, no gambling, no swimming pools, and basic accommodations. 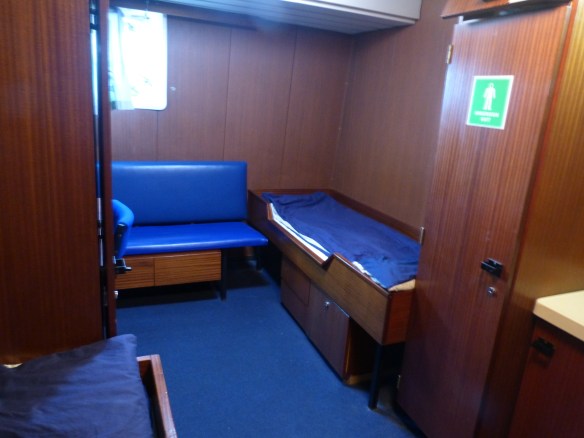 There is a sauna, but as far as I know, few passengers used it. There is also a breakfast buffet, but The Spirit of Enderby (the New Zealand name for the ship), or the Professor Khromov (the Russian name), is relatively modest by cruise ship standards. In place of cheesy entertainment, there are lectures by naturalists and staff on topics relevant to the region — whales, history, ice, and perhaps most important of all, safety in polar bear country.

When I wasn’t listening to a lecture, I was napping or reading in my cabin or socializing with other passengers in the library/bar. Entertaining, yes, but also informative since the other passengers were personable, well-educated, mature and international — Aussies, Kiwis, Brits, Germans, Swiss, Russians, as well as a number of Americans. The ship is small, carrying a maximum of 60 passengers, so I was able to interact with everyone who spoke English in the two weeks we were on the ship. My favorites were the Aussies and Kiwis who confirmed what little I learned about the relationship between the two countries from watching the hilarious but short-lived HBO series, “Flight of the Conchords.”

Another difference between this expedition and the usual cruise is that passengers were welcome on the bridge at any time, ….. 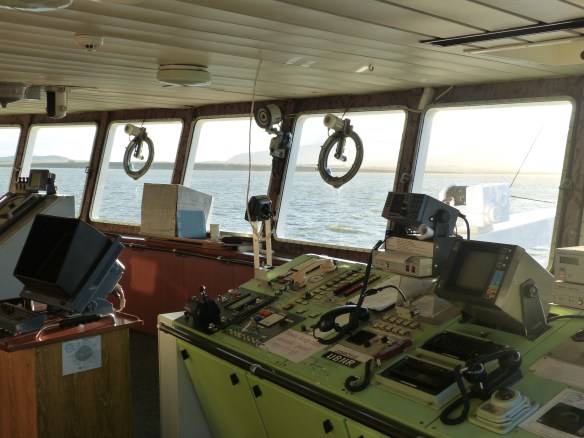 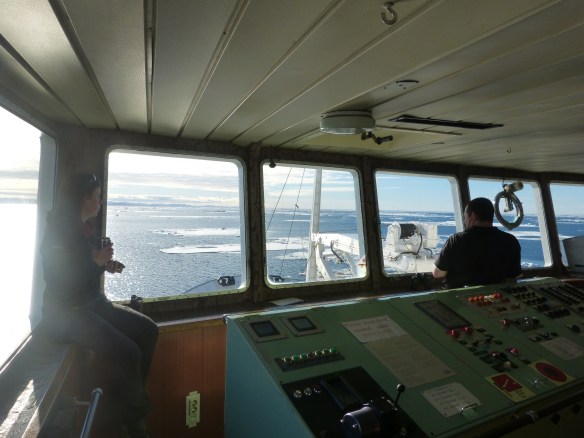 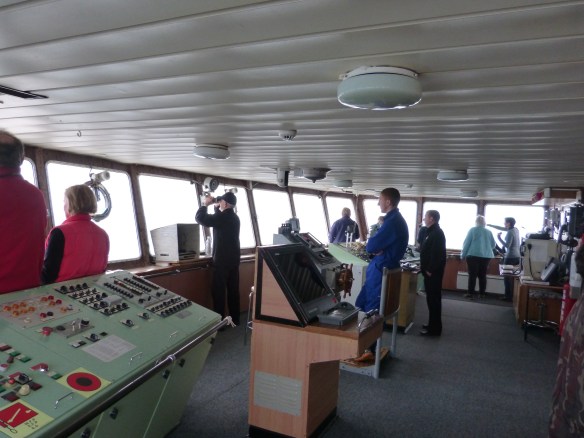 …..except when a pilot was guiding us out of or into “port” (the cruise began and ended in the middle of the Anadyr River near Anadyr, the eastern most town in Russia). 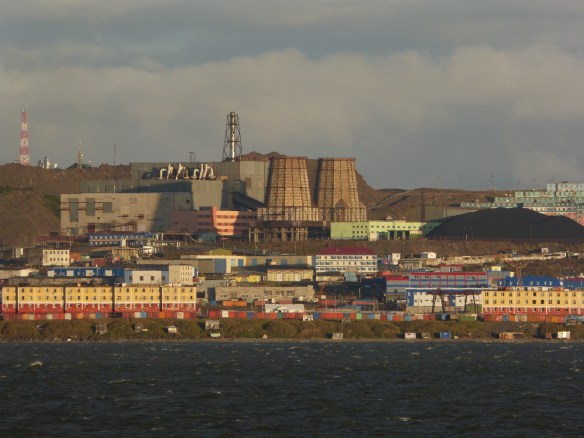 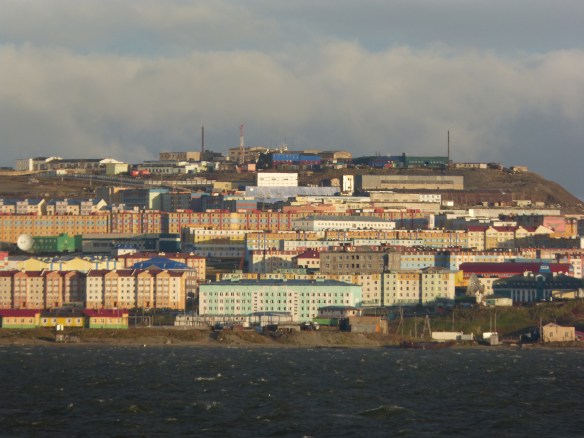 The one thing that this trip had in common with the best luxury cruises were the meals. I was expecting basic and filling; what we got were creative menus and gourmet taste and presentation. Pretty amazing considering what the chefs had to work with. One of the chefs gave me and a few other passengers a tour of the kitchen and food storage areas — not something you are likely to get on a typical cruise — and it wasn’t exactly what you would expect given the quality of the meals.

The tone of the cruise is informal, the focus is on the natural and cultural environment, and the mission of the operator is conservation and environmental advocacy. If that’s what you’re looking for, I can’t think of a better place to be than on the beaches of Wrangel Island or on the bridge of the Spirit of Enderby, especially as it glides past polar bears on the ice floes below. 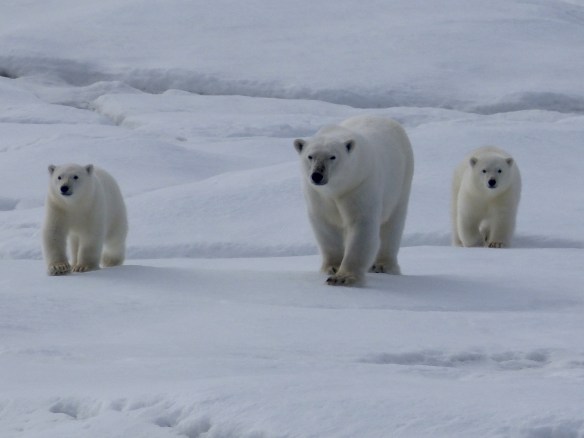 1 thought on “Expedition Cruising in the Russian Far East”