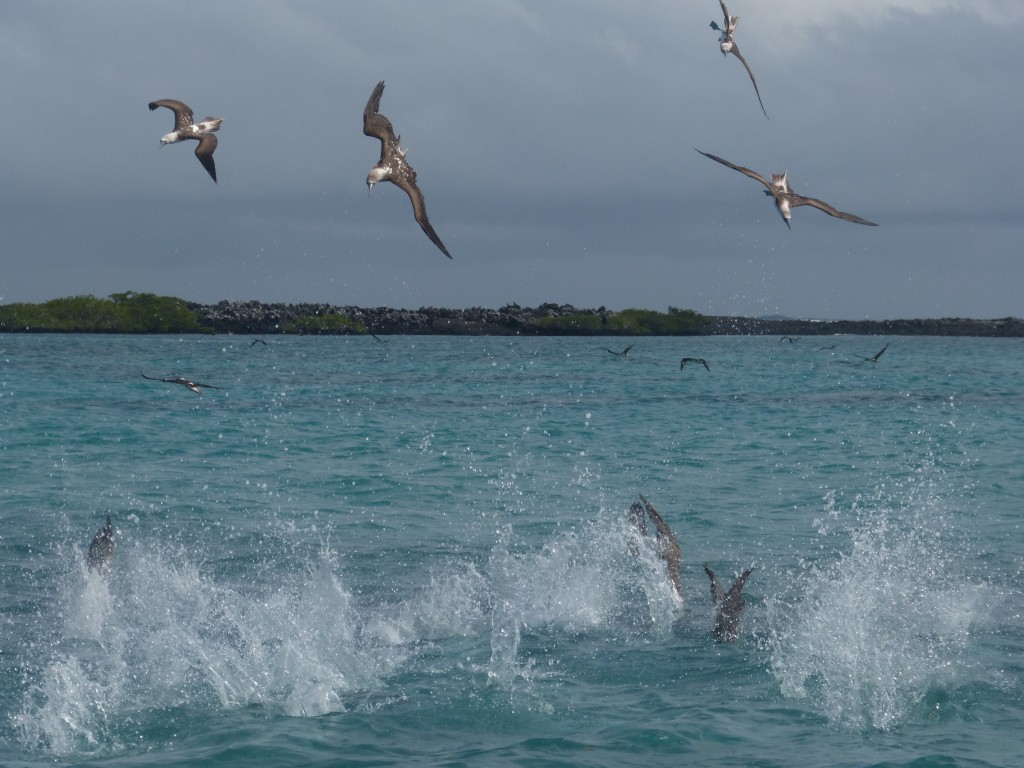 The day started easily enough – a flight from San Cristobal to Isabela Island on a small, twin engine plane. We had to do this in two steps since the plane wasn’t big enough for all eleven of us (ten clients plus Alfredo, our tour leader).

After settling in at the Iguana Crossing Hotel on the beach at the end of the road, we picked up our mountain bikes for a three hour round trip ride to the Wall of Tears, a wall built by prisoners — hand by hand, stone by stone — in a penal colony on the island in the 1940s

Now, I don’t mean any disrespect for the prisoners who suffered and died building this wall, but the tears on this ride were mine (metaphorically anyway). After several years of letting our bikes rust in the garage, Katherine and I cleaned them up about three weeks before this trip to get in shape by taking them out on the beach side bike path in Los Angeles that runs from the Pacific Palisades to Redondo Beach.

If you know the LA beach bike path, you also know it is pretty flat. The road to the Wall of Tears, through gravel and sand, is anything but flat, especially for cycling amateurs like us. In any case we made it, but only after a lot of sweating, burning thighs, and numb nether regions from the hard seat.

After this ride I was wiped out. Lunch restored me somewhat, but I felt like I staggered through the rest of the day which included a short boat ride to watch a flock of boobies dive for fish, 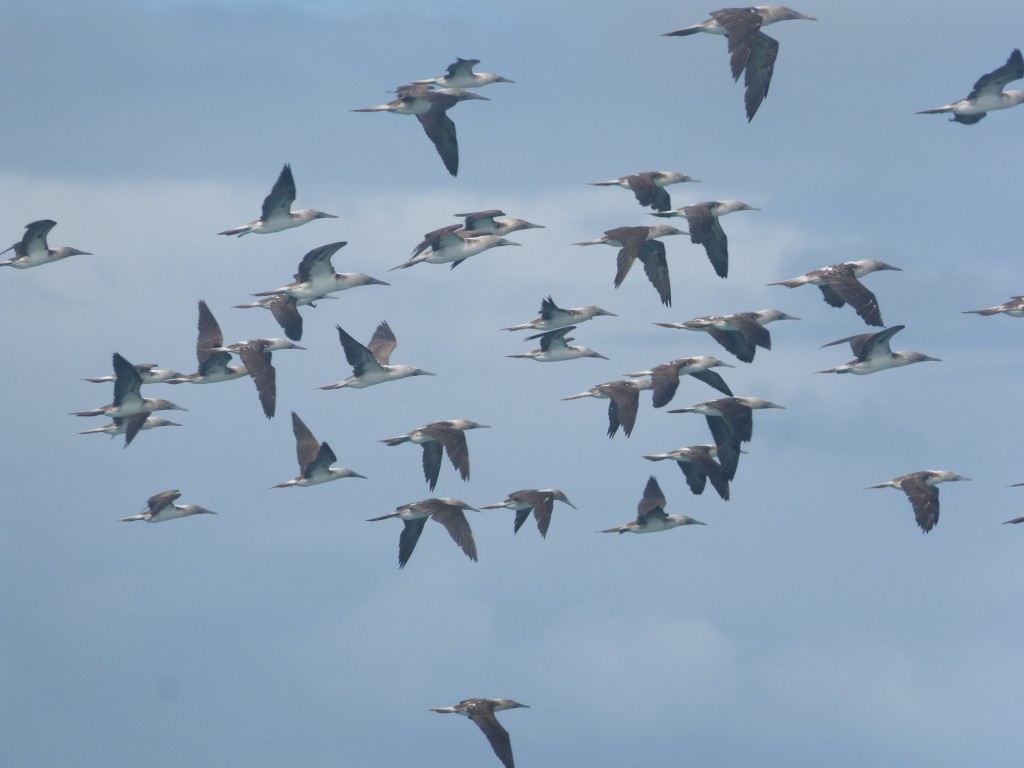 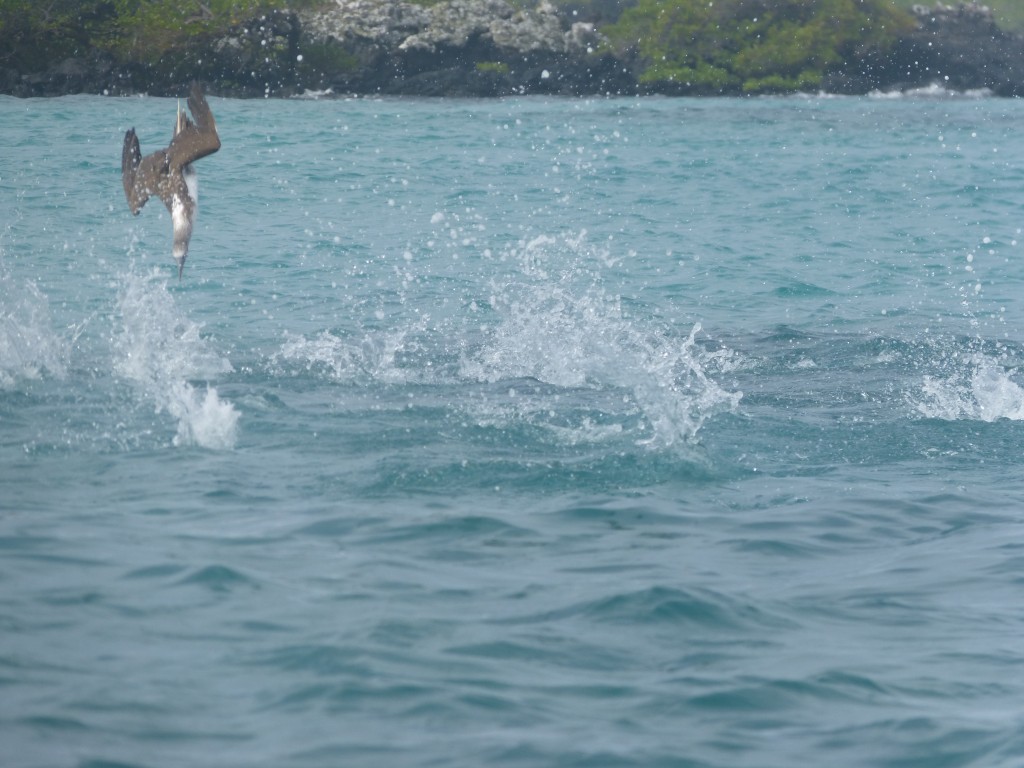 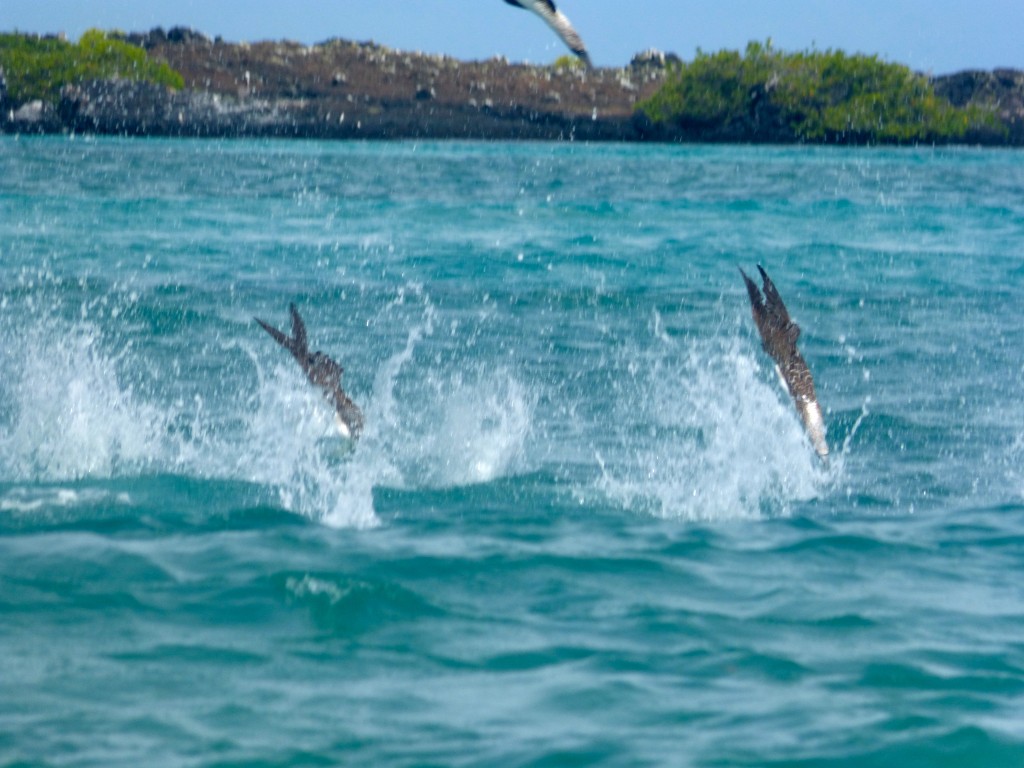 a float by a bunch of rocks to see penguins and pelicans up close,

a walk on an island that contained enough iguanas to almost satisfy my fascination for these antediluvian creatures, 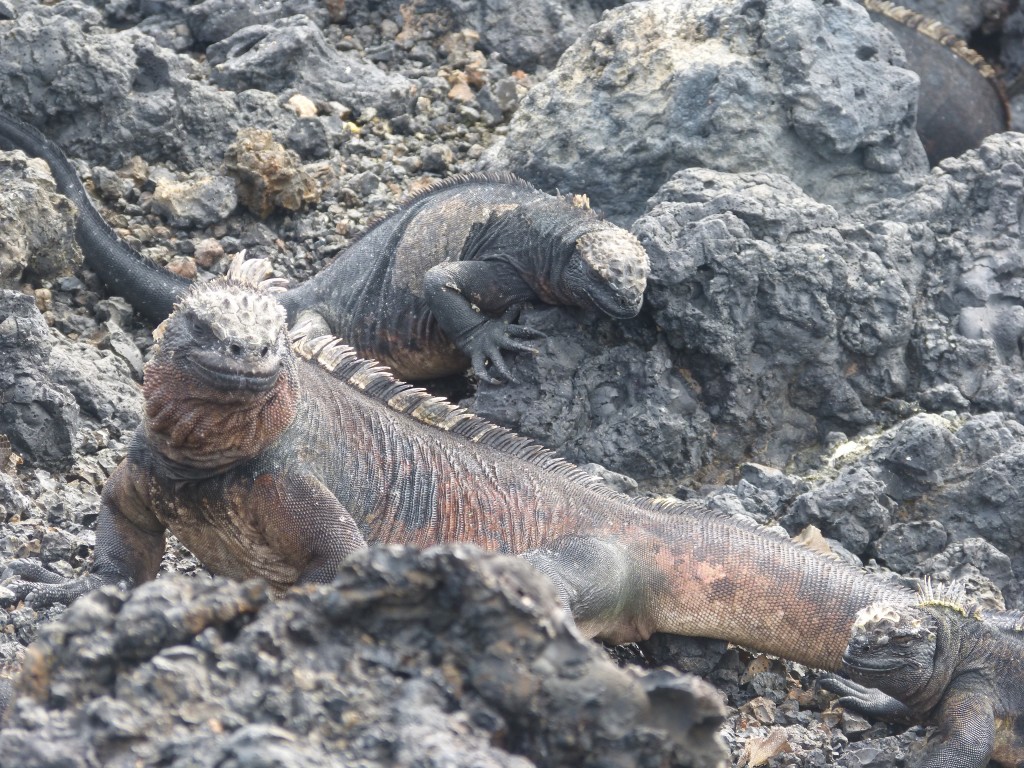 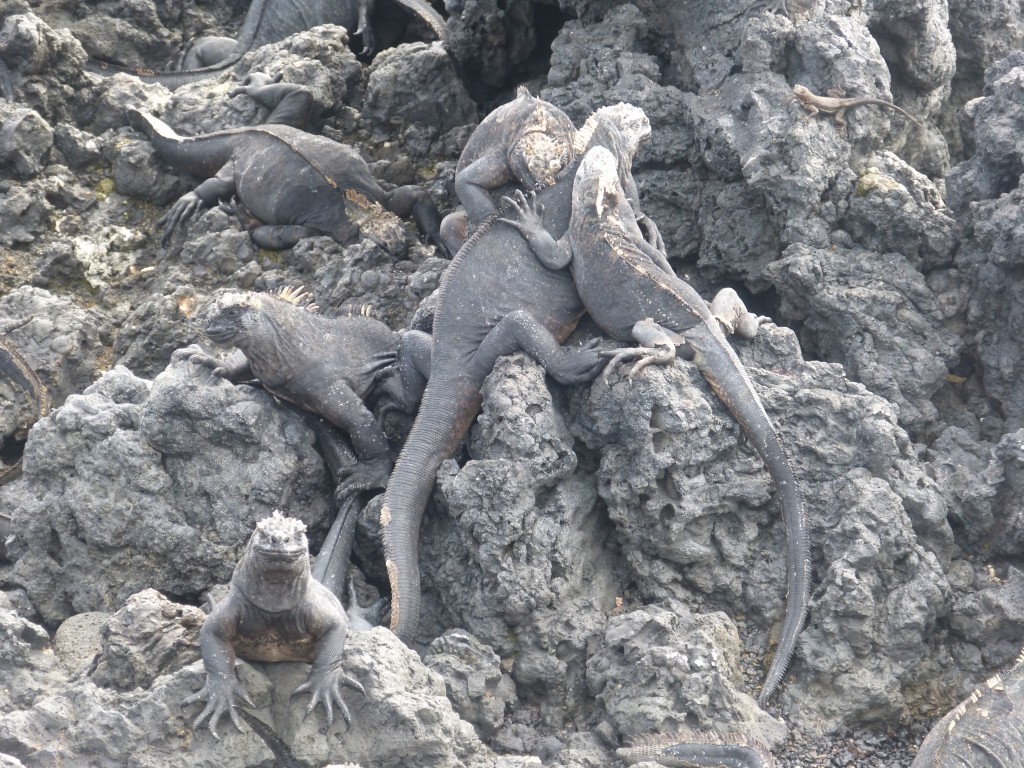 and a short snorkel in swells and surges that knocked me about so much that I could barely take any decent underwater photos. This is the best of the lot, the only one worth showing.

The day ended with a soak in the spa on the roof of the hotel overlooking the sea, then a tequila-soaked happy hour at a beach bar about 100 yards from the hotel. This gave me an opportunity to observe the mating rituals of the post adolescent humans displaying plumage and cleavage and demonstrating their fitness for survival and procreation by playing beach volleyball and managing to walk a few feet on a slack line. That, plus the double shots of tequila for $5 made me feel a whole lot better.

(Note — The Adventure Geezer is being hosted by Adventure Life, the tour operator for this trip)