The Irish love American presidents, even Obama (George W., not so much). Can you imagine this sign post in the US these days? 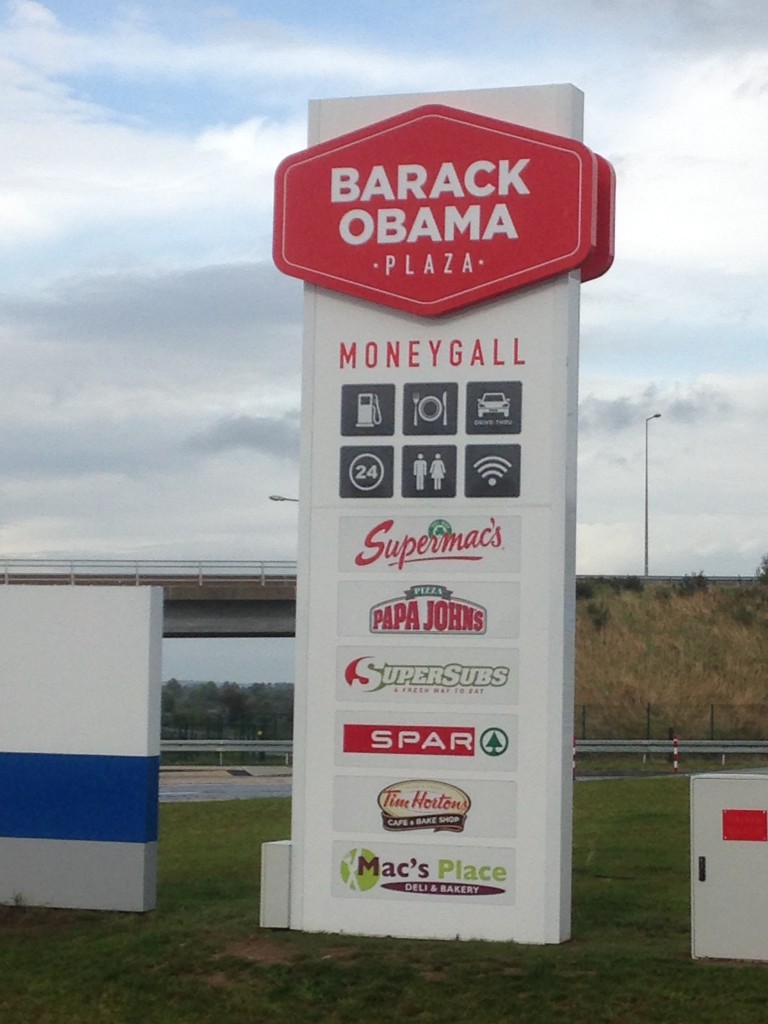 I spent 4 days in Killarney at the 2014 Adventure Travel World Summit. I worked like crazy for 2 days, then got sick for the other two. But there was a kickass opening ceremony at Ross Castle on Lough Leane 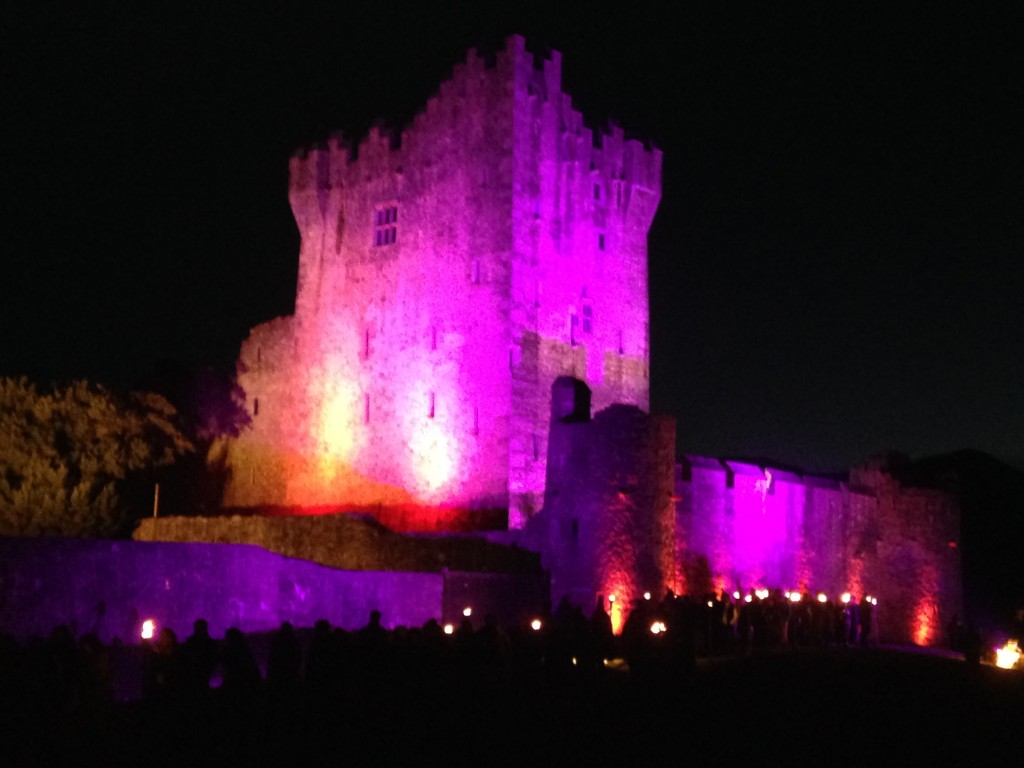 and on Innisfallen, an island in the lake that is the site of a monastery dating back to the 7th Century. The highlight was a ceremony featuring men and women wearing monk-like robes singing Gregorian chants as they moved among the 12 Century ruins.

After that it was all work until a virus that is going around Ireland took hold of my digestive system and turned the work into something better left unsaid.