Geishas or not (including the Geishas for-a-day) Kyoto is near the top of my list for all time favorite cities. Steeped in history and culture and surrounded by natural beauty, Kyoto is graceful, walkable, and fascinating. 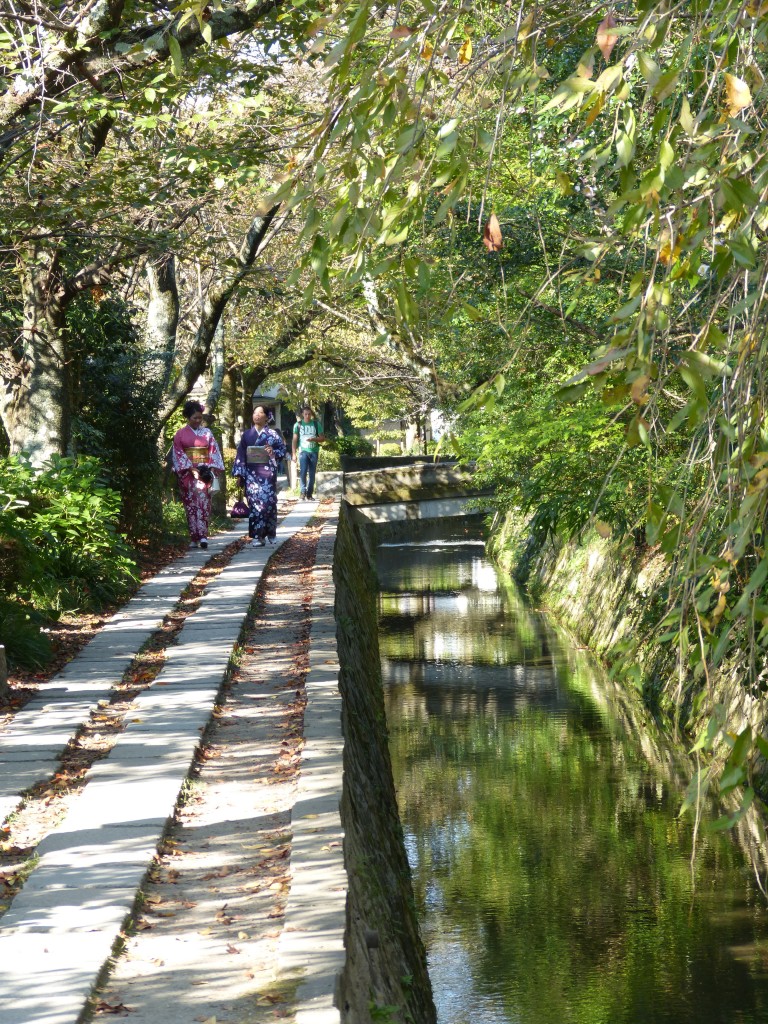 Some of the highlights of our three plus days in Kyoto.

Another highlight for me was figuring out the intricate network of trains, subways and street cars. Well, maybe not “figuring it out” exactly, but well enough to get around without too much difficulty.

Speaking of figuring out how to get around, that is when the adventure really began, after we left Kyoto for the Kumano Kodo trail. More on that in a couple of days. Right now we are in Yunomine Onsen, a small village of natural hot springs. The spring-fed hot baths have been a highlight on the trail. Soaking in the baths at the end of a tough day on the trail (and that is not a throw away cliche — the trail is tough), rejuvenated us and helped us get back on the trail the next day. Our walking is now over, but the baths still beckon. Enough for now — its time for a soak.