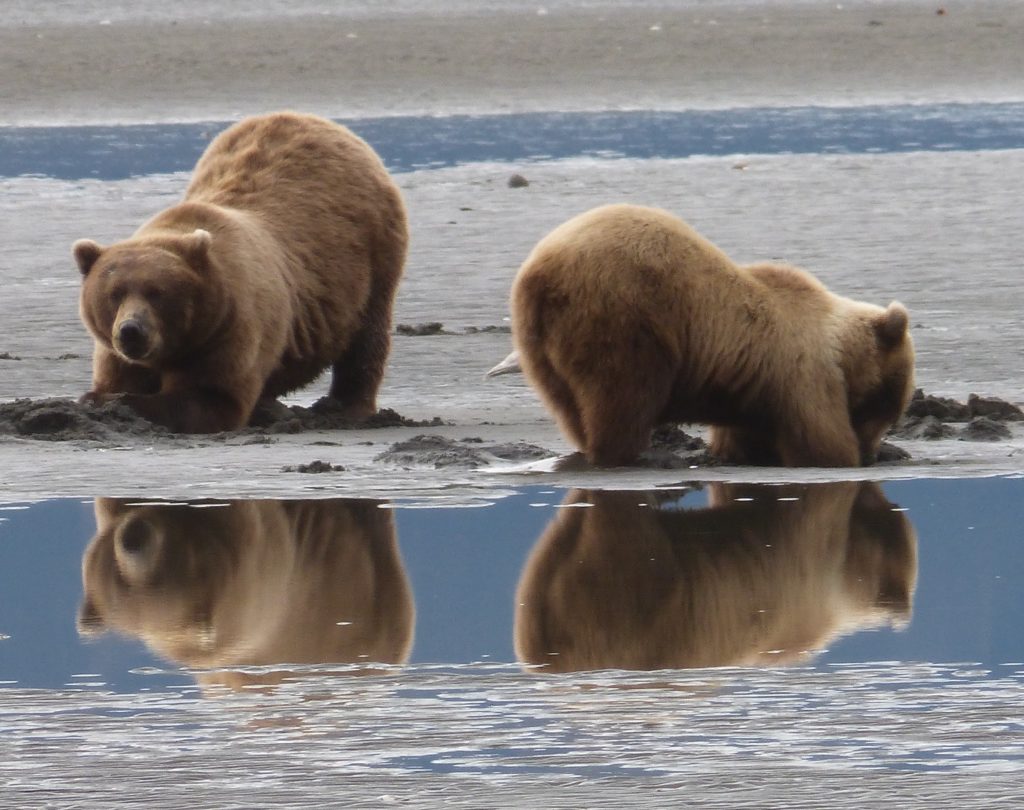 Just a few days after returning from my polar bear adventure in the Russian Far East, I was off to Anchorage, Alaska for the Adventure Travel World Summit, the annual meeting of the Adventure Travel Trade Association. Before getting down to work — meetings, keynotes, panel sessions, networking and lots of eating and drinking (especially the latter) — the Summit typically kicks off with a Day of Adventure. This year there were several dozen options all over the state. I opted for bear viewing near Lake Clark National Park, organized by the Kenai Peninsula Tourism Marketing Council.

Like many Alaskan adventures this started with a flight in a small single engine plane. As the biggest guy in our group of seven, not counting the pilot, I was wedged, of course, into the seat with the least amount of leg room on the plane, right behind the pilot. As my legs grew increasingly numb, I wondered whether Chunnie, the only woman in our group — who was seated in the co-pilot’s seat, the roomiest seat on the plane — would be able to fly the plane if our relatively young and robust looking pilot had a sudden heart attack. She at least looked the part. 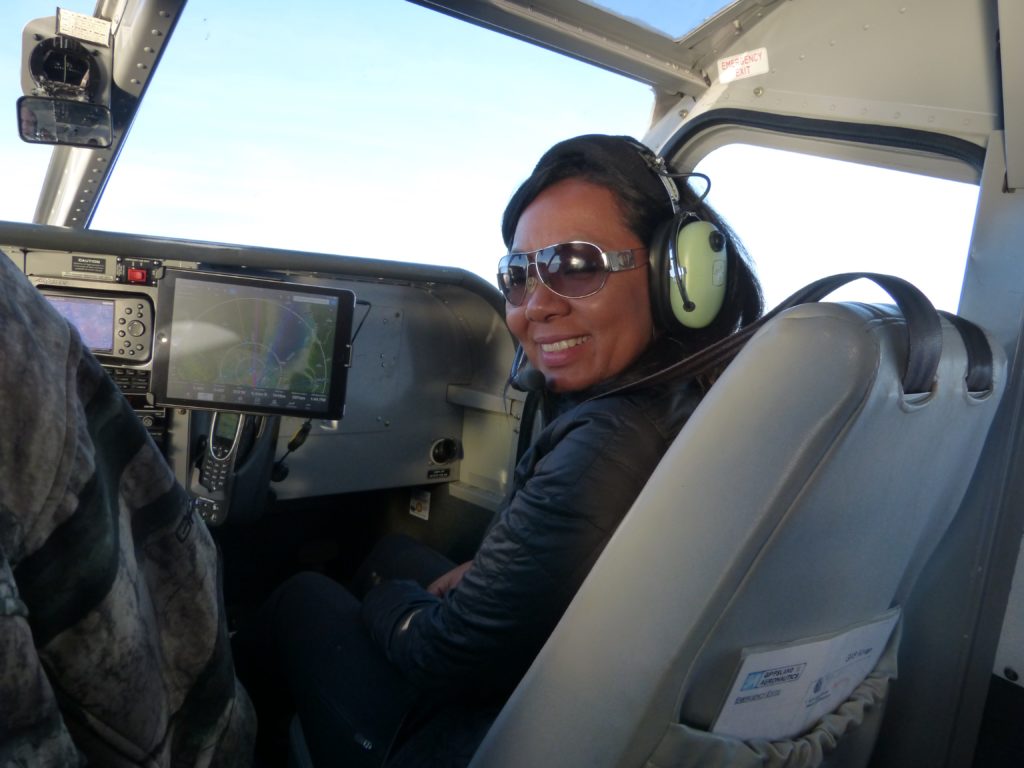 The pilot said that the seating had to do with weight distribution. I think she got the co-pilot’s seat because she is a lot better looking than I am.

Fortunately, it was a relatively short scenic flight over Turnagin Arm and Cook inlet, so by the time we landed on the beach in front of Bear Mountain Lodge on Chinitna Bay (flights in Alaska seem to land almost anywhere but a regular paved landing strip), I could still walk. 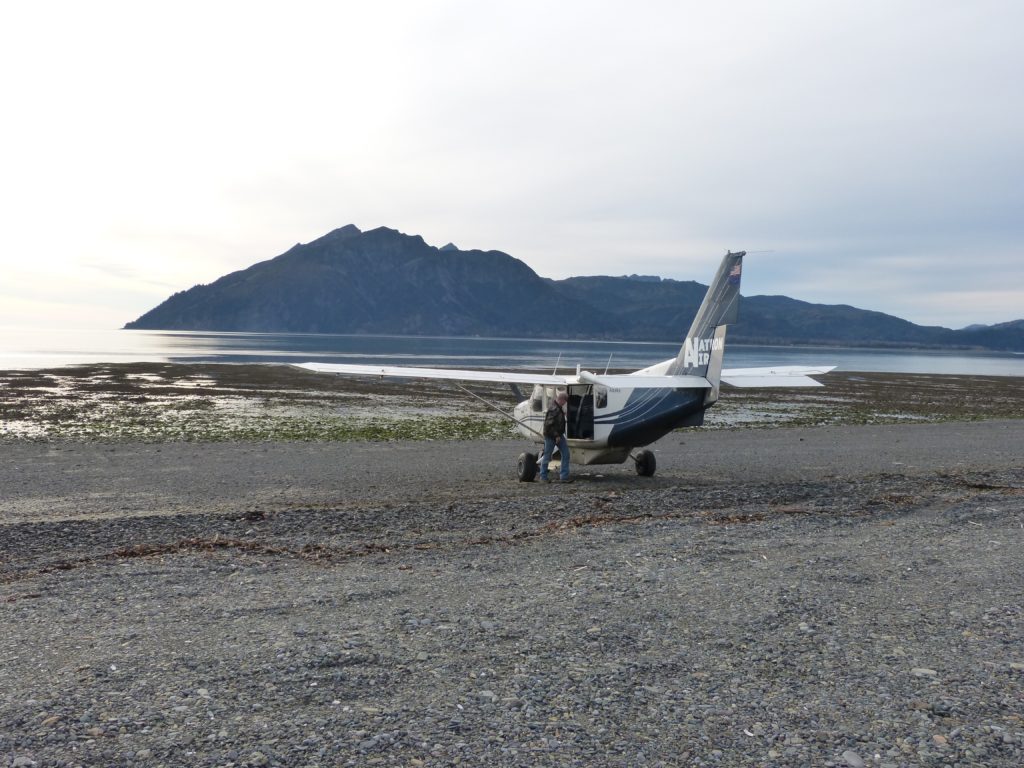 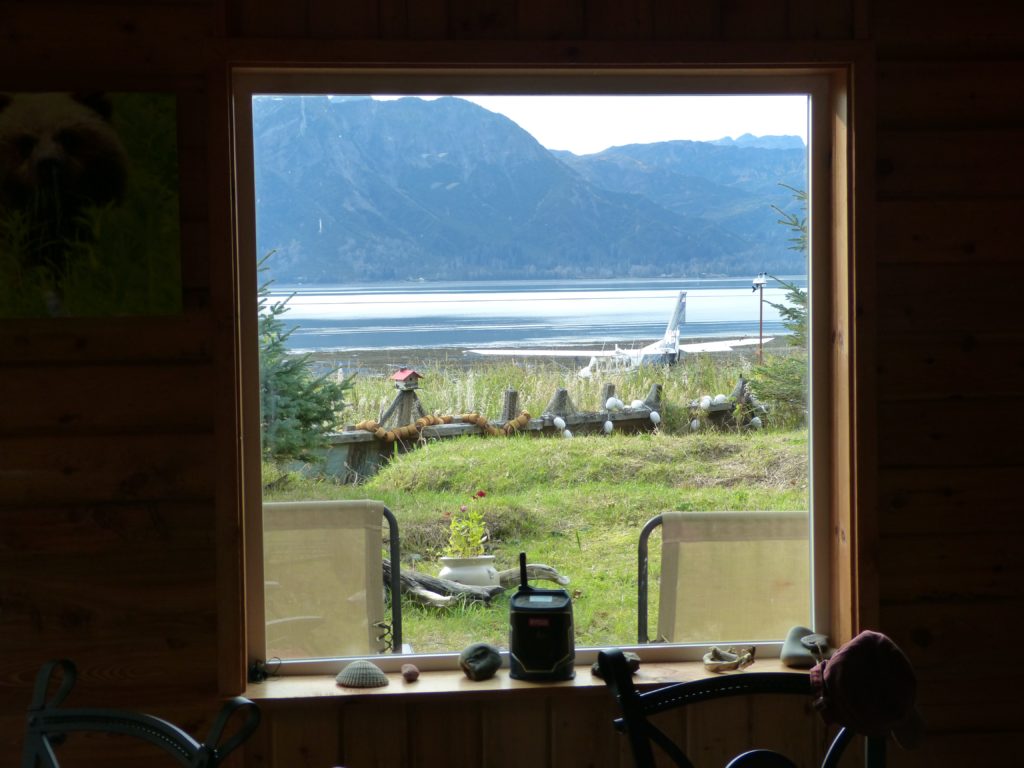 In just a few minutes we were on what looked like an old school bus driving down the beach looking for brown bears (cousins of the more famous grizzly) digging up clams in the tidal flats. 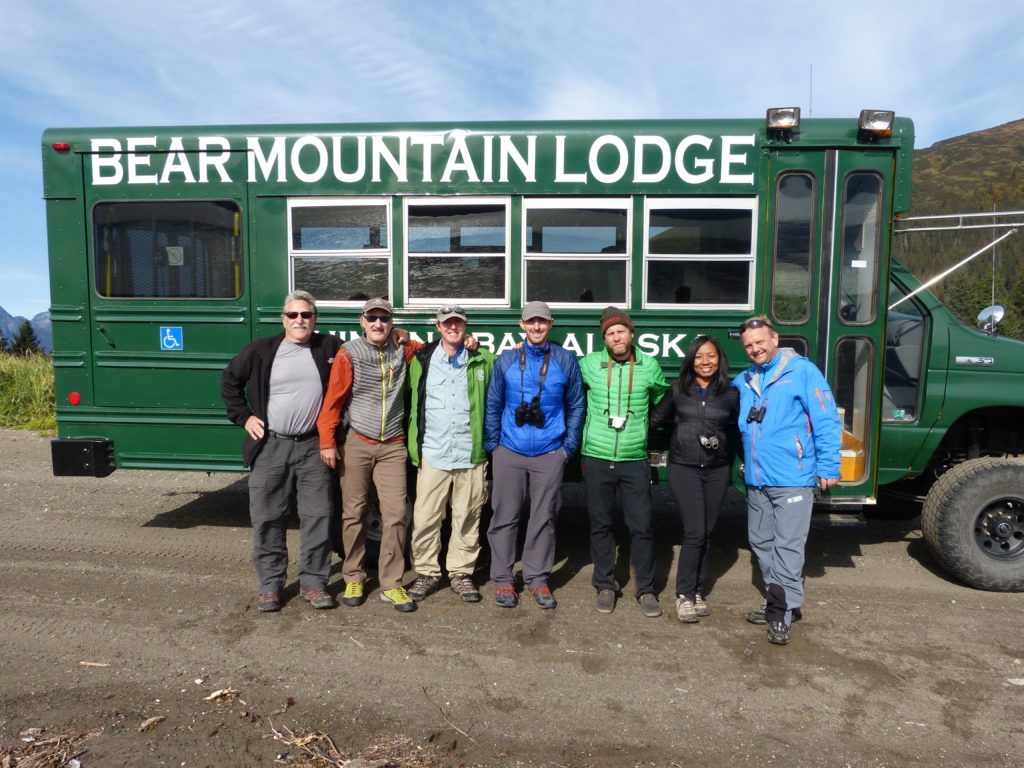 It didn’t take more than a few minutes to find our first bear. We kept some distance so that he wouldn’t decide that we looked tastier and more filling than the clams. 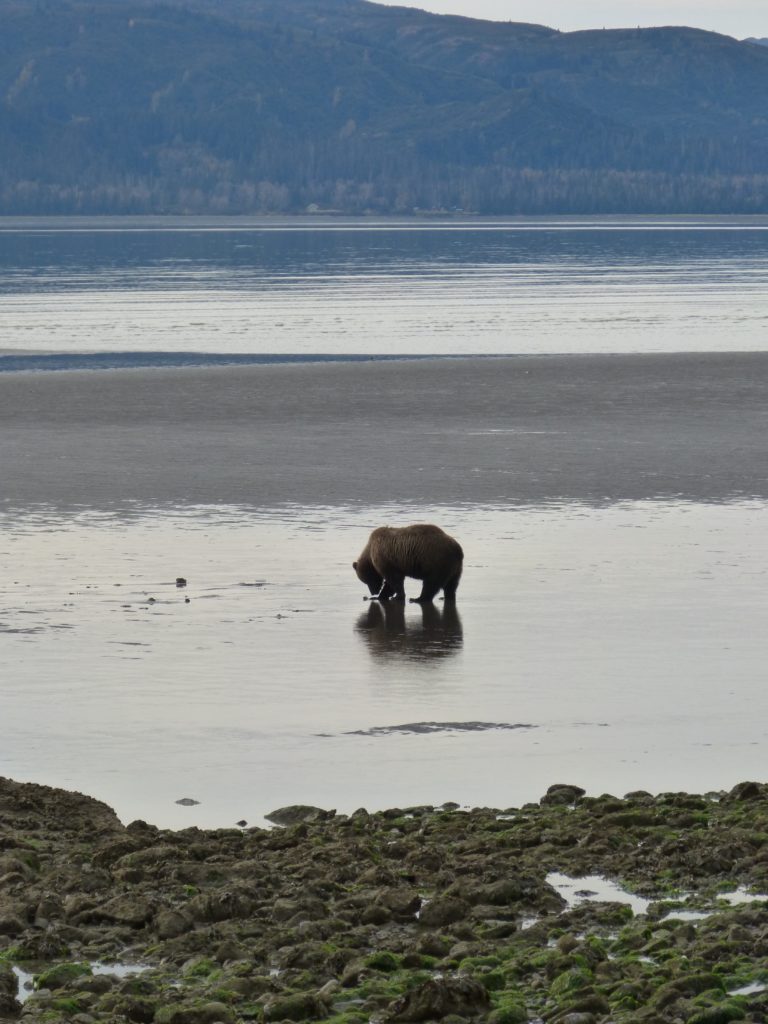 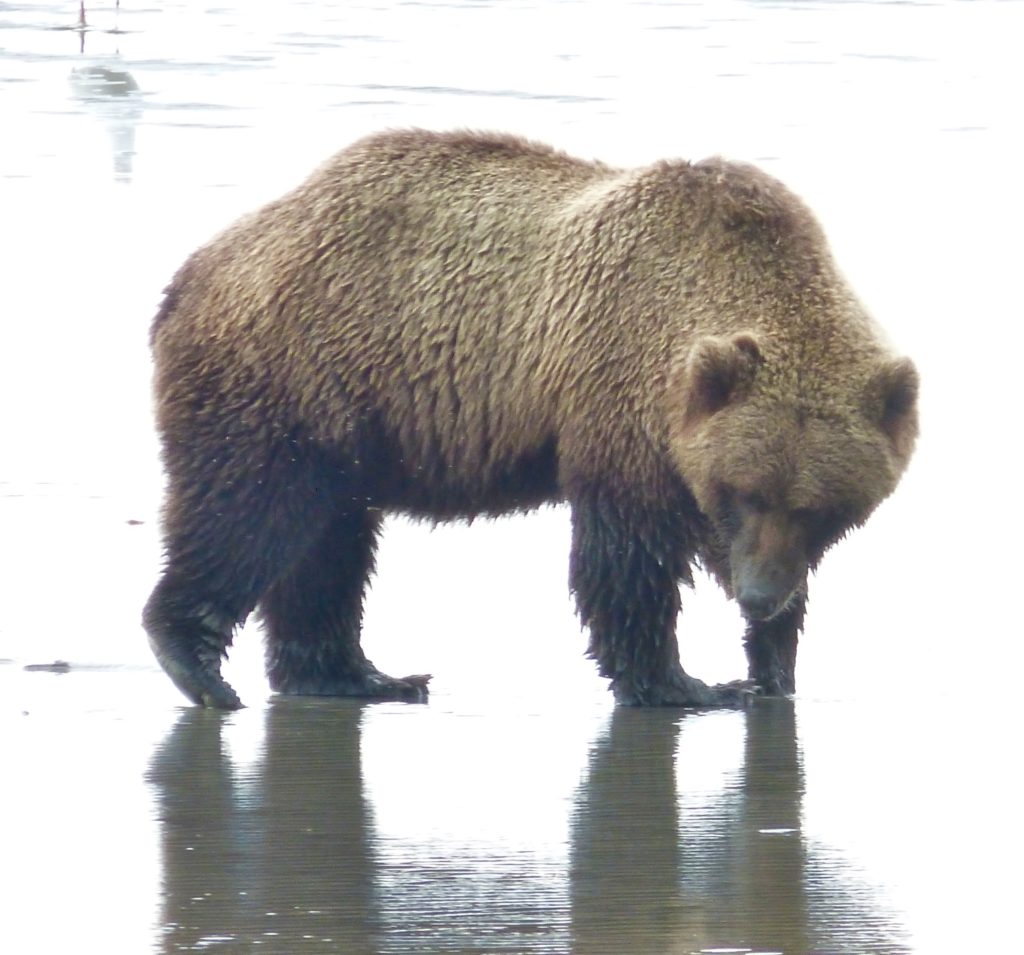 A few minutes farther down the beach we came across a mother and her two cubs also feasting at the one dish beach buffet. 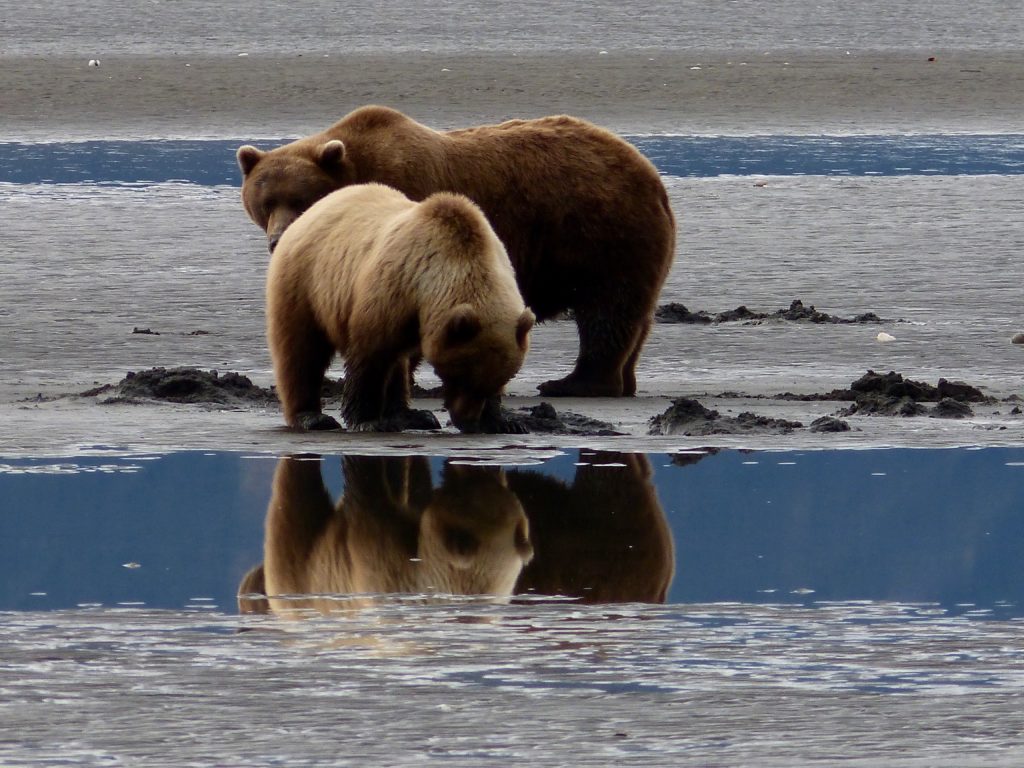 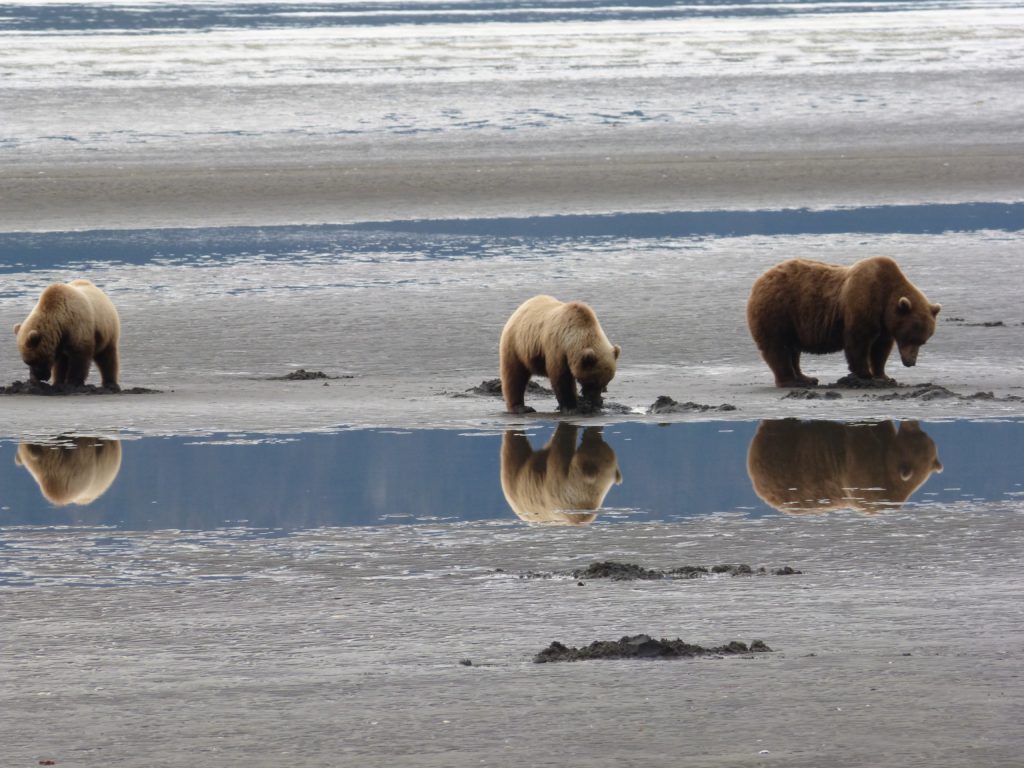 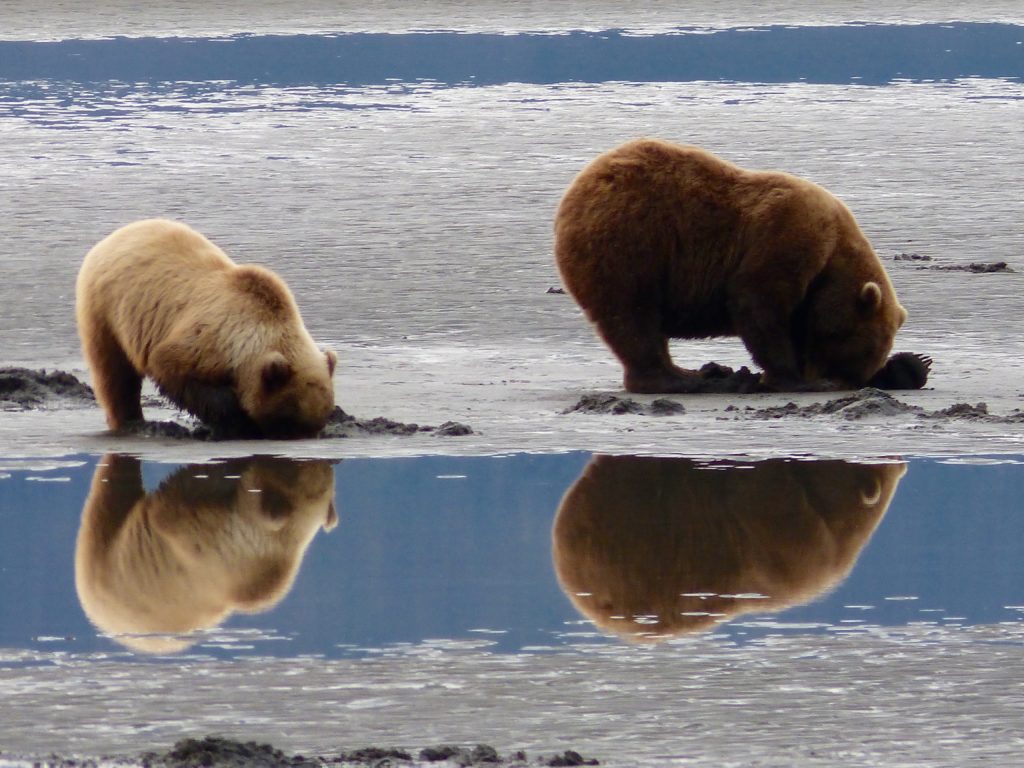 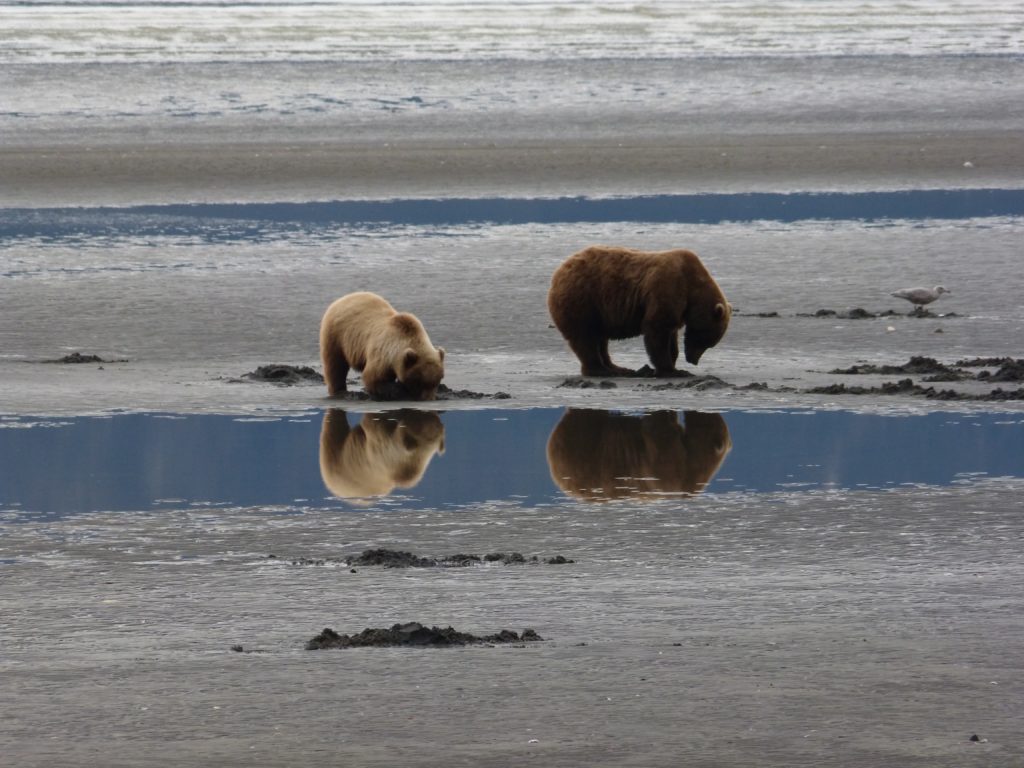 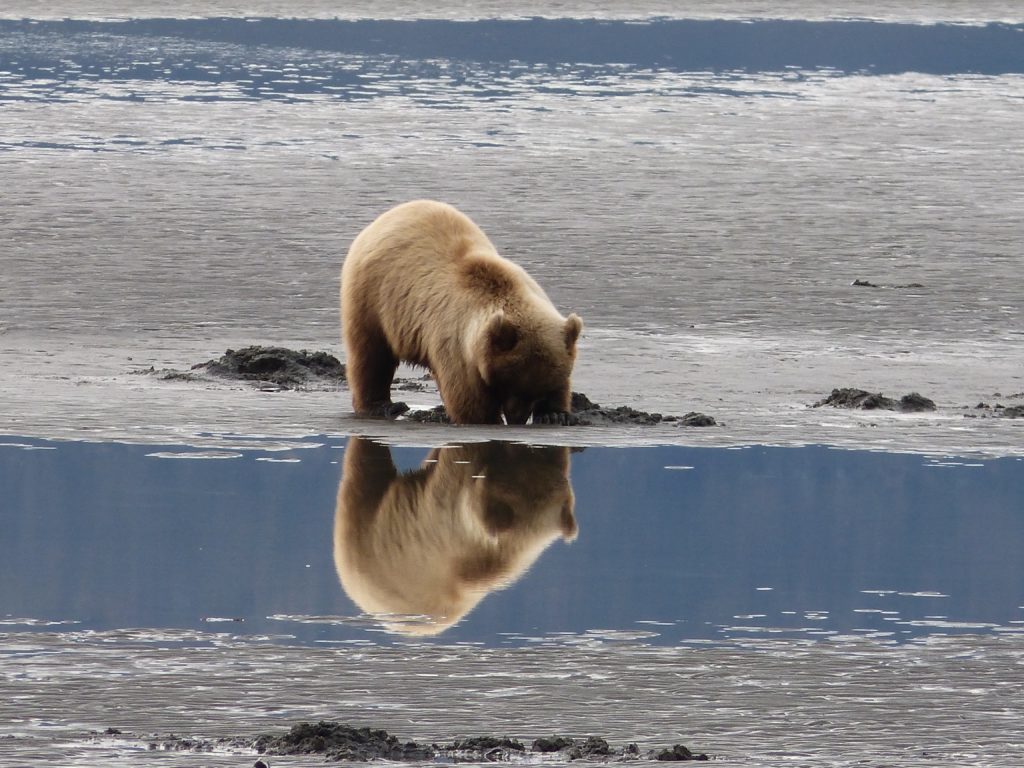 The bears were, of course, the main attraction, but the stunning scenery offered some stiff competition. 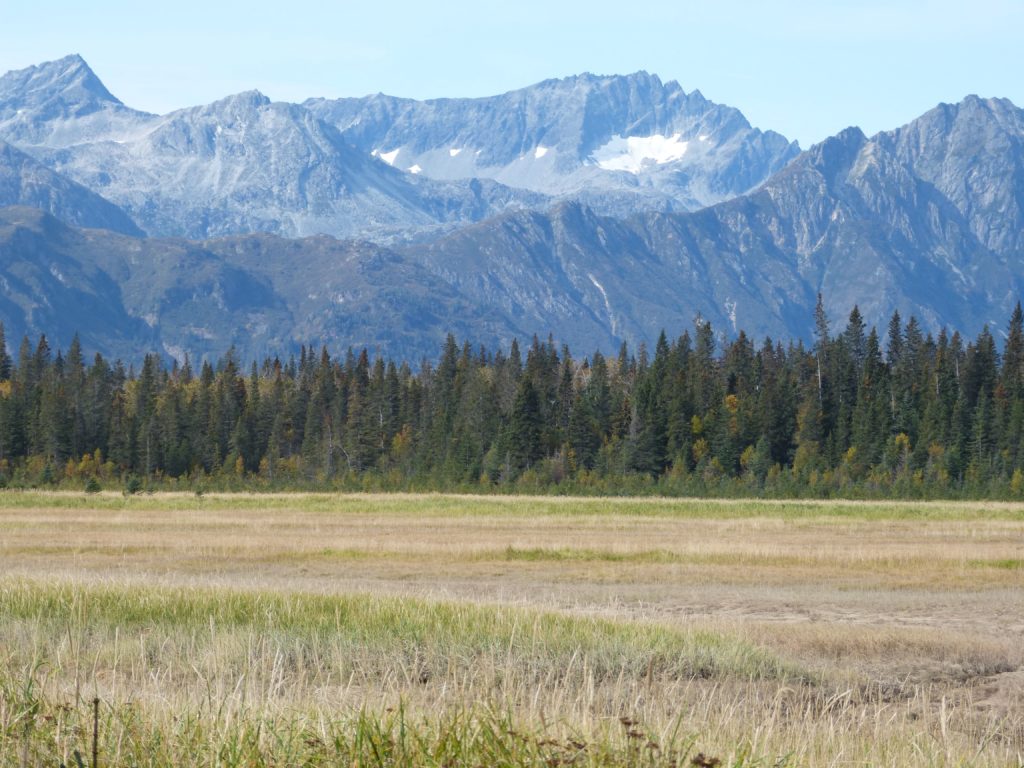 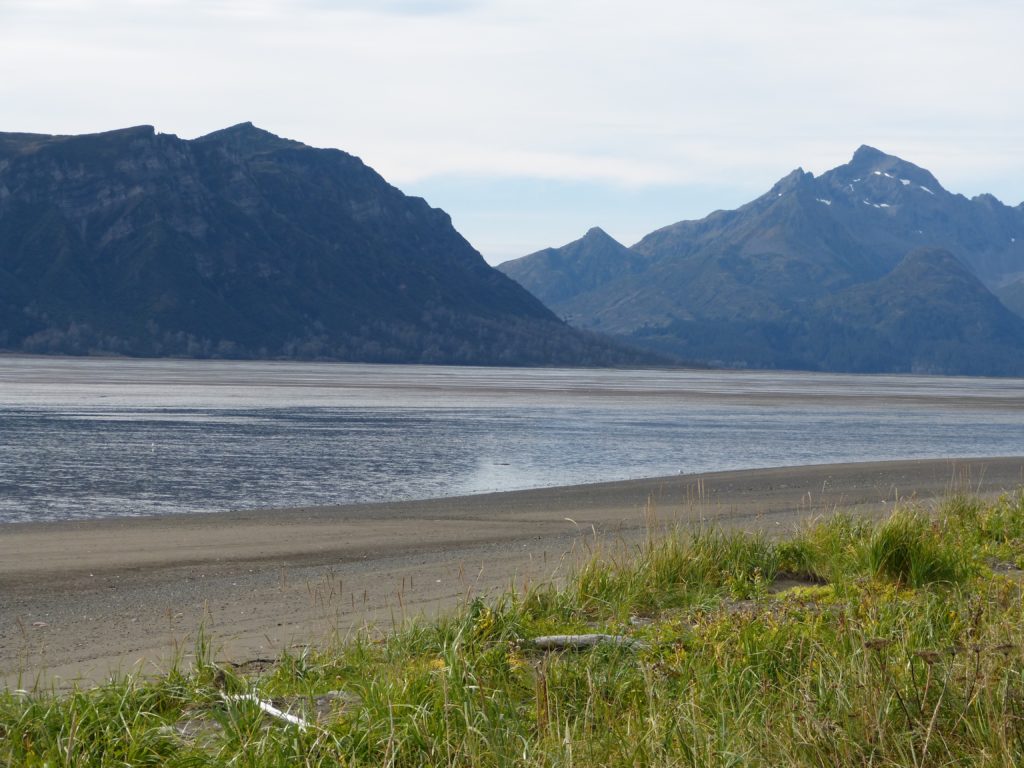 After a couple of hours on the beach we headed back to the lodge for a tour of the lodge and a sumptuous steak lunch (I guess the bears had eaten most of the clams). 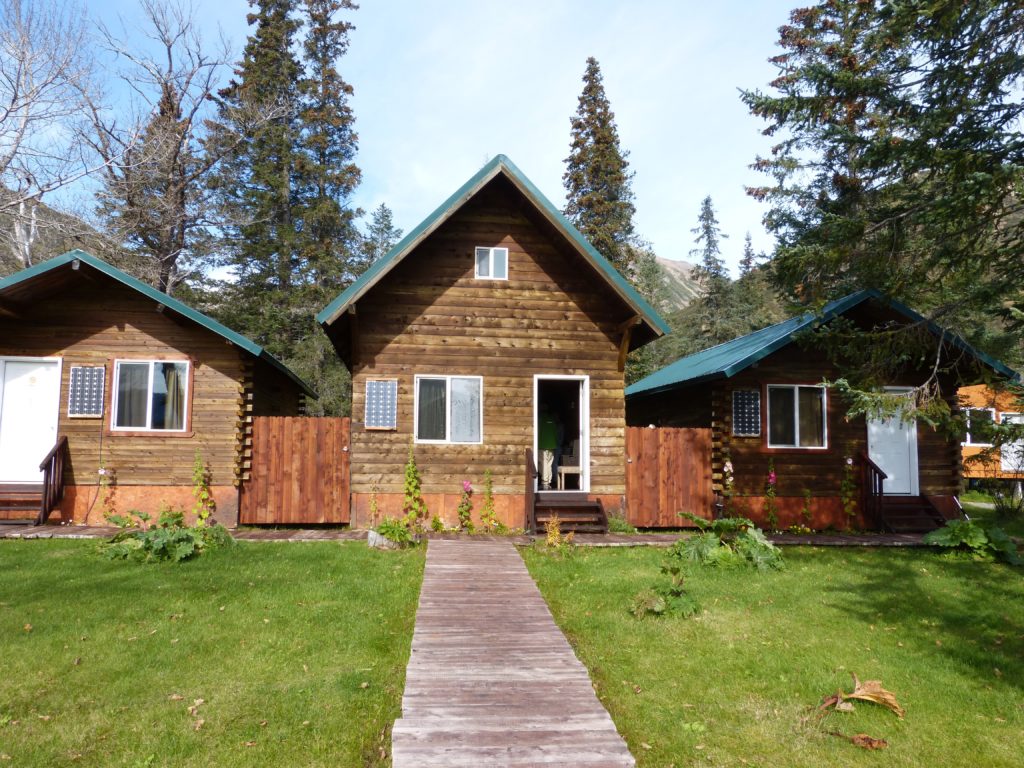 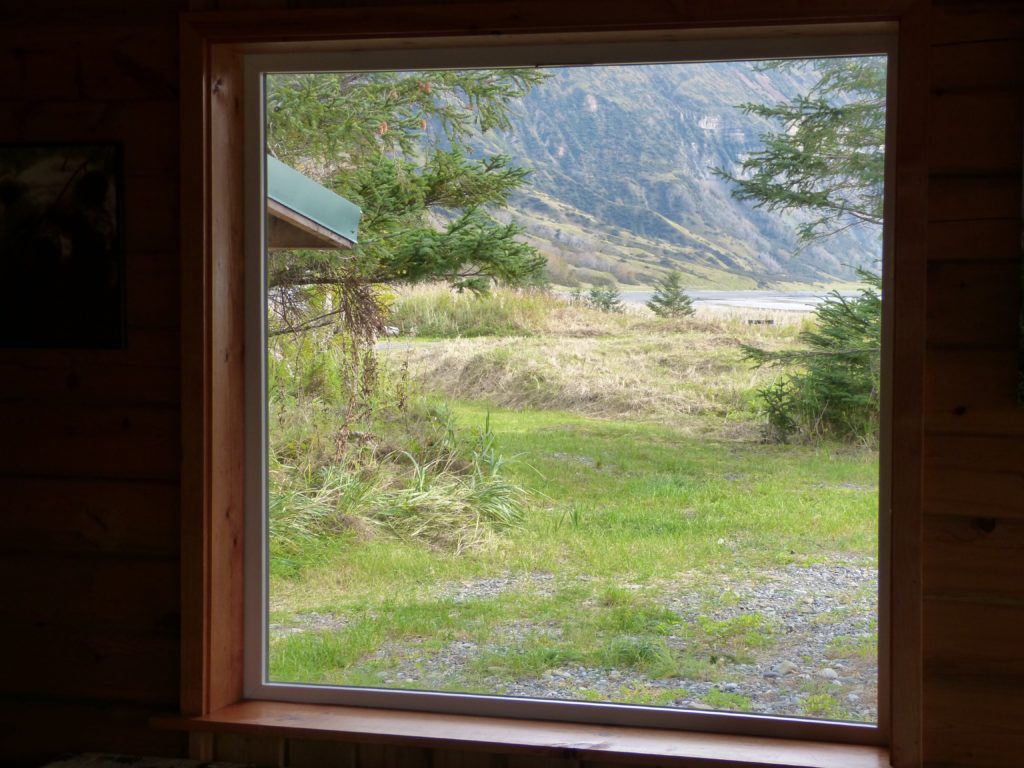 After lunch I jammed myself once again into the smallest seat on the plane for our flight back. As my legs grew numb, I realized with dismay that the return flight would be longer since the pilot decided to take us on a scenic tour of the surrounding mountains and glaciers before heading back to Anchorage. I soon forgot about my discomfort as we swooped by mountain peaks, through valleys, over glaciers, at what seemed like just a few feet above the ground. I felt like I was watching one of those 3-D IMAX movies or maybe a heart-stopping amusement park ride, except this was the real thing. That mountain peak that looked close enough to touch, the moose in the stream just below us, the ledge we seemed to fall off to follow a glacier stream winding through the mountains to the sea — this was no manufactured illusion. This was the best of the many scenic flights I have taken in my Adventure Geezer life. 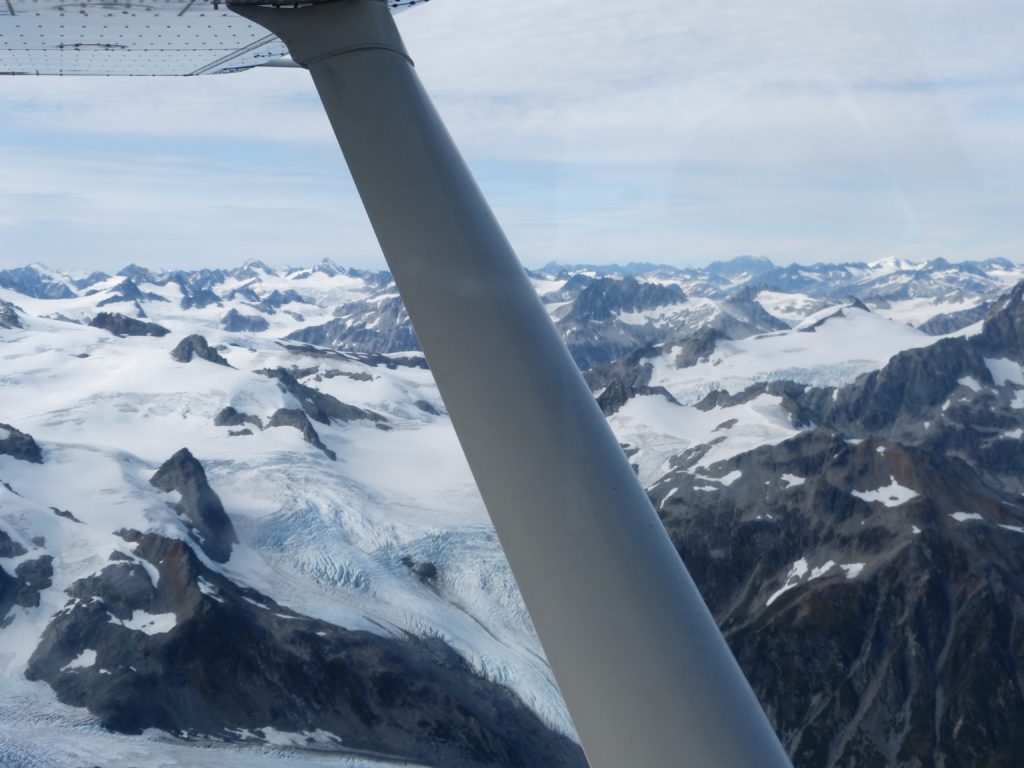 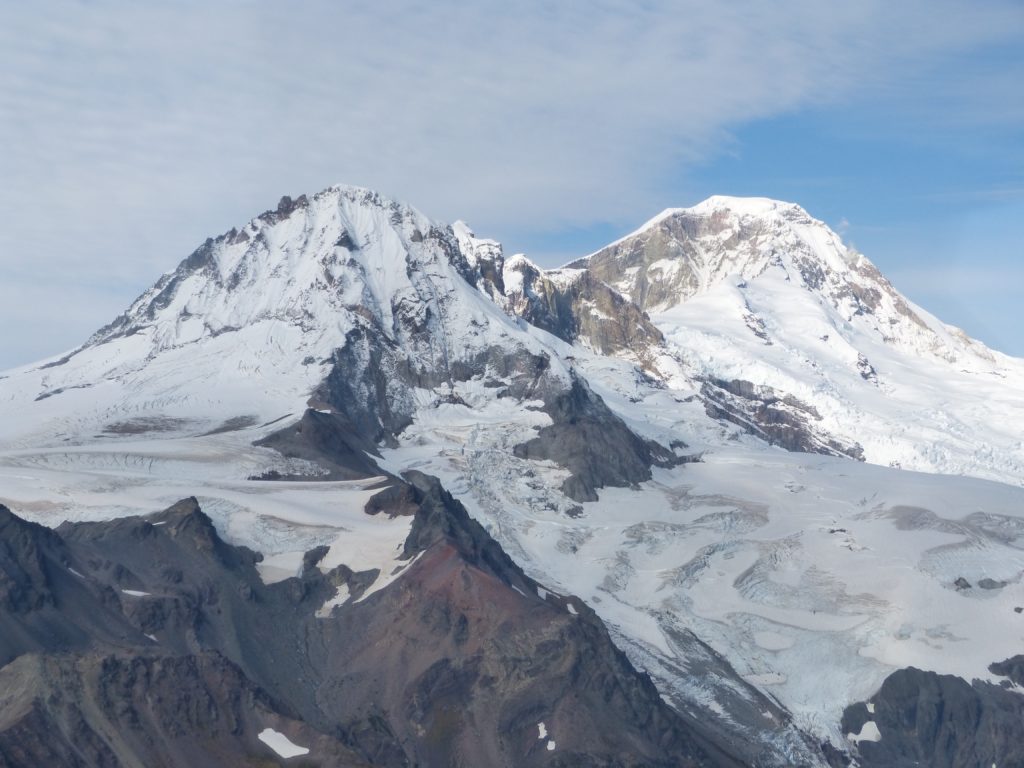 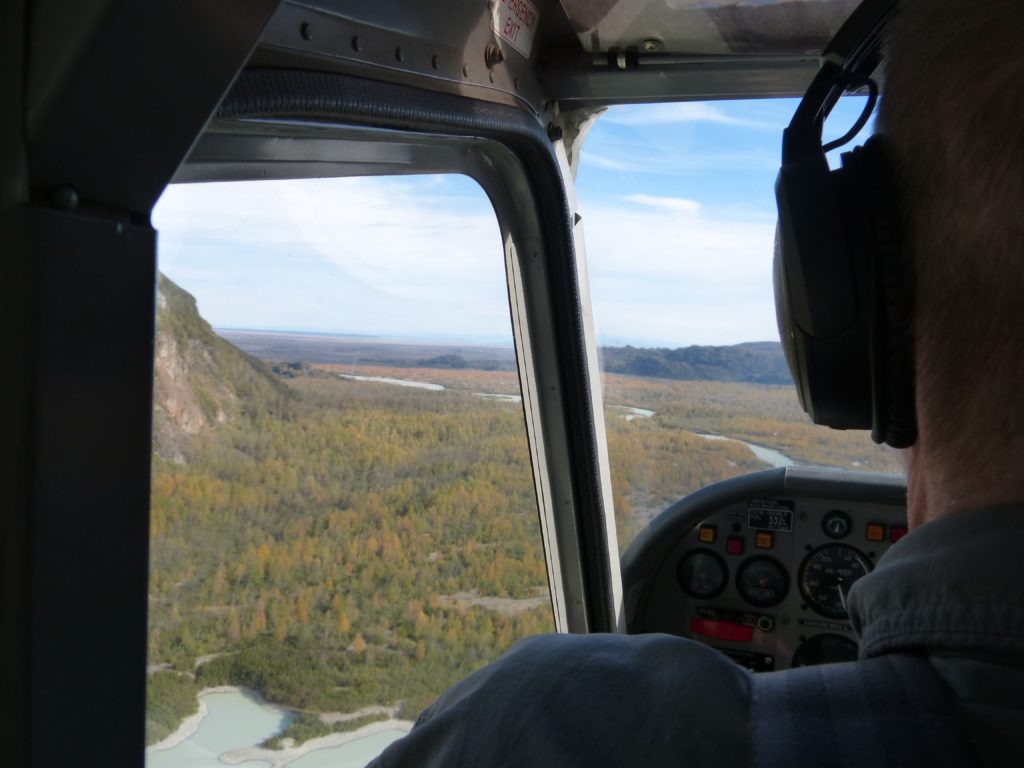 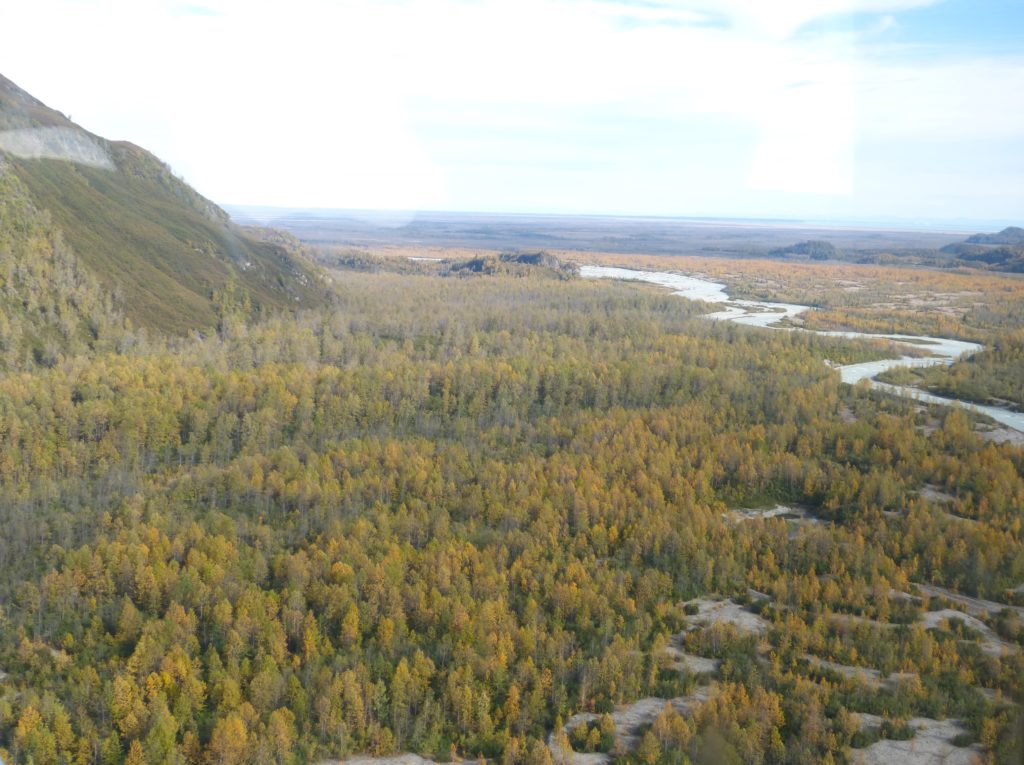 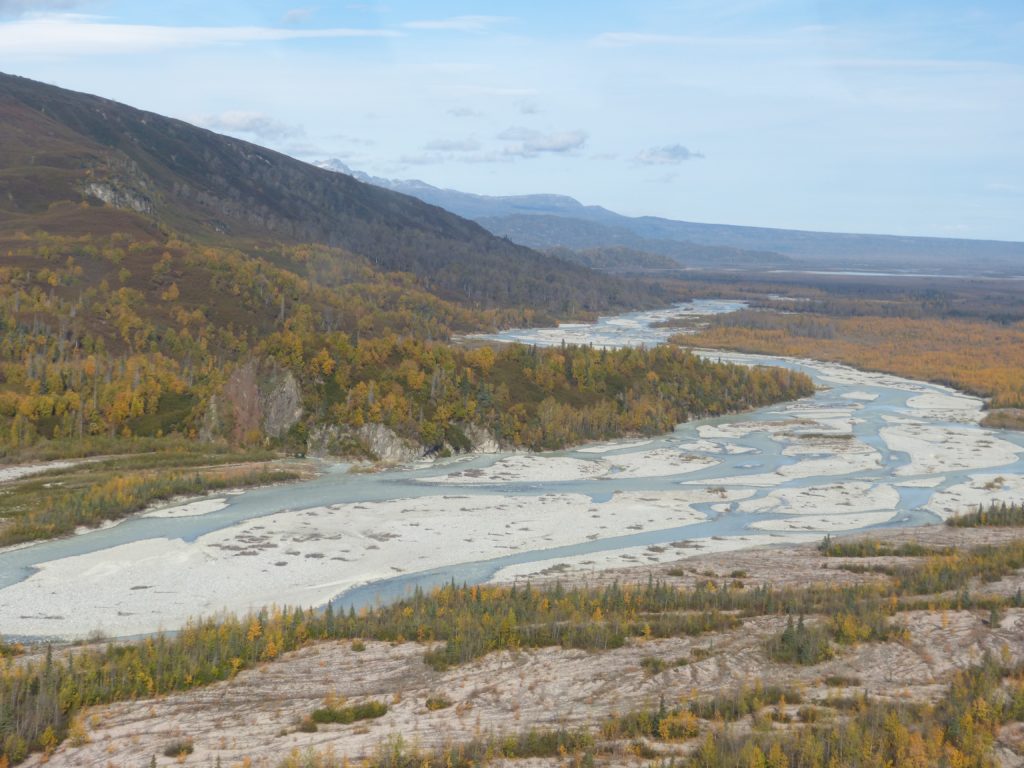 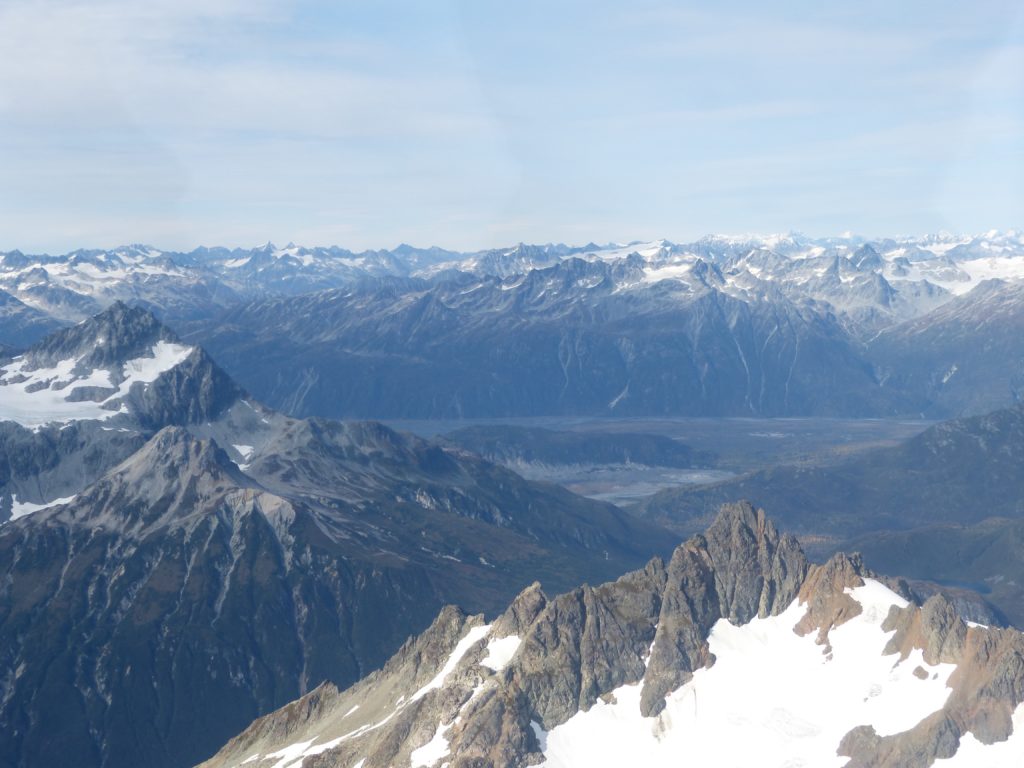 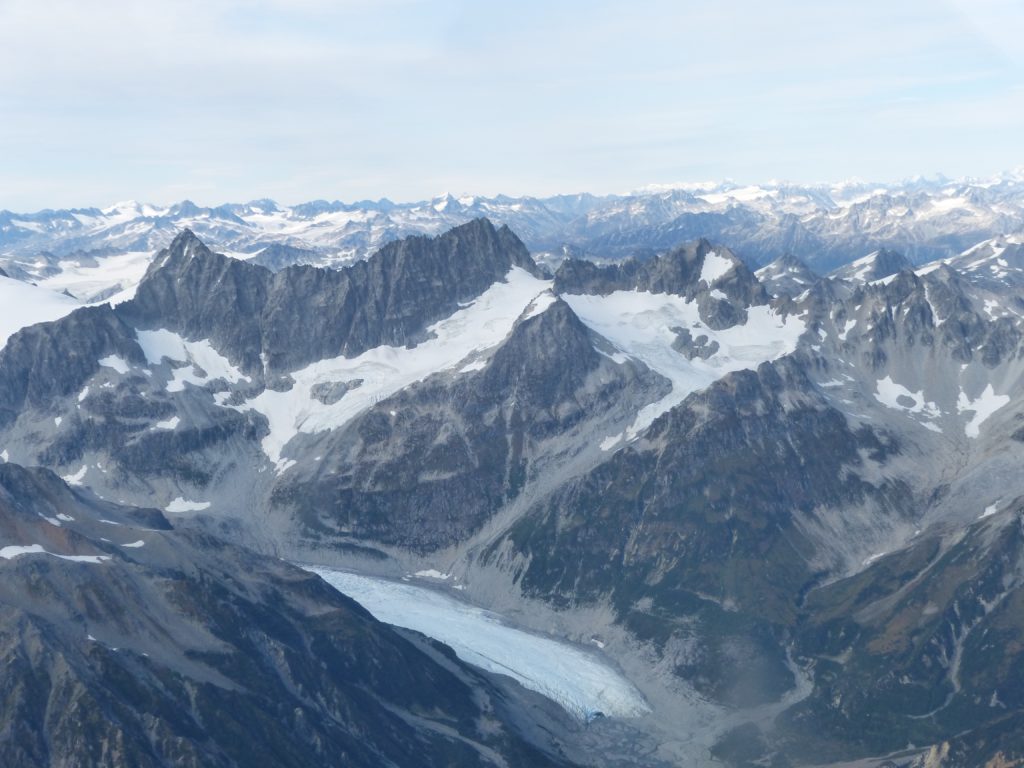 We did manage to get back to Anchorage before my legs went completely numb. I was relieved to see that we were actually landing on a paved runway.

3 thoughts on “More Bears — From Polar to Brown, Russian to Alaskan”