It took only two days to be reminded of why I like Namibia so much. And it had nothing to do with the charismatic megafauna (i.e., big, interesting animals) that roam its parks and game reserves. 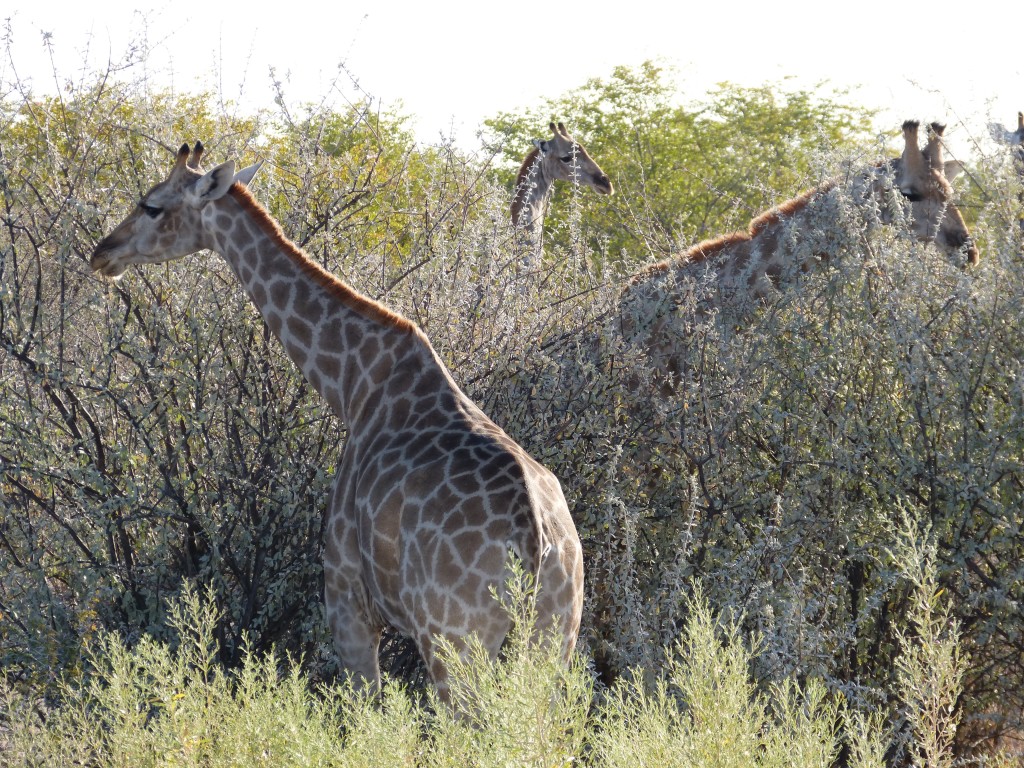 I am here on a FAM trip — a familiarization trip — sponsored by the Namibian Tourism Board (NTB) to network with tour operators and promote tourism to the country. For this trip I am wearing my non-travel writer hat as Director of Organization Development Programs for Muddy Shoe Adventures (MSA), a company that offers adventure-based programs and retreats for personal and organization development. MSA is planning a personal development trip next year in partnership with Evergreen Escapes, and I am here to meet with Birgit Bekker from Ultimate Safaris who will work with us in designing the trip.

This is my second trip to Namibia. The first was a three week trip in the Fall of 2013 to attend the Adventure Travel World Summit and tour around the NW and central regions of the country (you can read about that trip on my blog and in the award winning article I wrote about the trip).

The first day of the current trip was a networking event with more than a dozen in-country operators. The second day featured a visit to the annual Tourism Expo sponsored by the NTB and a tour of the capital of Windhoek — one of the “cleanest cities in Africa” (this is not ironic — the cities and towns I’ve seen on both trips are some of the cleanest, tidiest cities I’ve seen anywhere). One of the highlights of the tour was this government building paid for and designed by the “people” of North Korea (I don’t think they were given a choice in the matter). 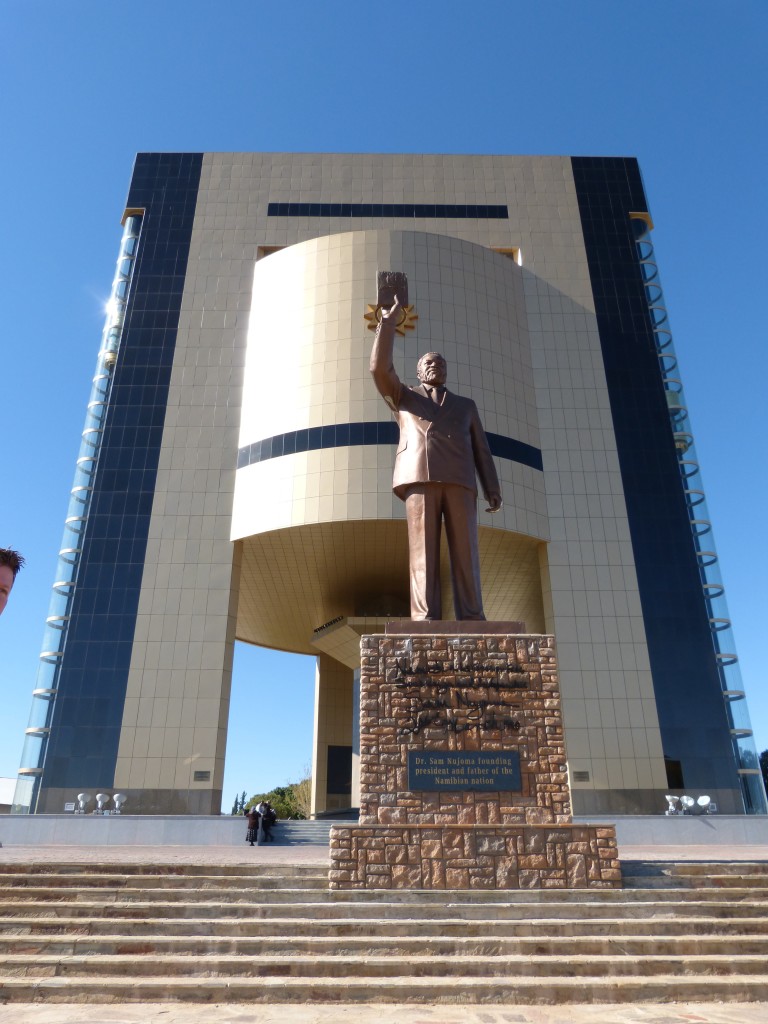 The highlight of the Expo was a performance by the staff of one of the lodges in the tourist regions of the country. Besides housekeeping, maintenance, dining and other functions the staffs at the lodges also entertain guests with traditional songs. The choral groups from the lodges compete every year for an award as the best in the country. This years winner performed briefly at the Expo’s opening ceremony. 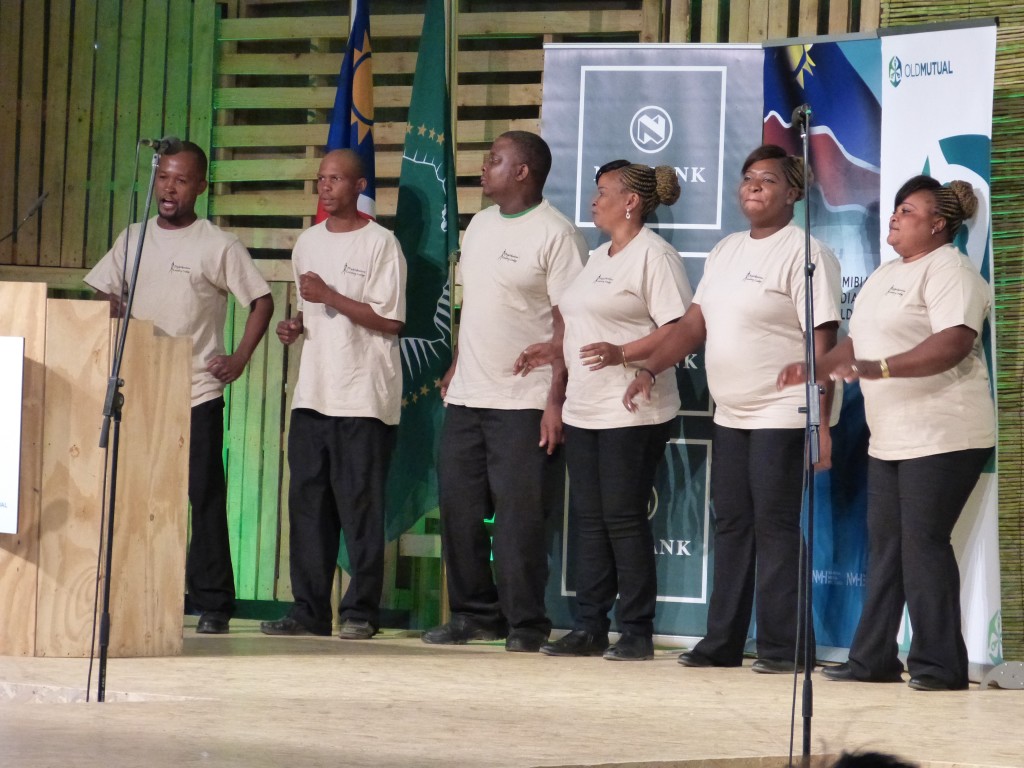 If you like traditional African music you would have loved this. I did. This overweight, aging white boy shaked some serious booty during their performance. I was off to the side where not too many people could see me, so I don’t think I embarrassed myself very much.

Both days reinforced one of the things I like about this country — the spirit, warmth, heart and optimism of the people. We in the West hear so much about the problems of Africa, so its especially heart-warming to see, hear and experience a success story. And this is from a cantankerous geezer who hates heart-warming….

But it is the animals that are the main attraction. After two days in Windhoeck, we drove (well, Stefan our guide drove while I sat in the back munching biltong, the Namibian version of jerky made from Namibian game such as oryx, springbok, kudu, and eland) to Etosha National Park, the crown jewel of Namibian wildlife parks and one of the best parks of its kind in the world. In just two game drives we saw at least one of the major megafauna (I love that word!) to be found in Namibia, including a pride of eleven lions that crossed our path at the very beginning of the early morning game drive on our second day in the park. 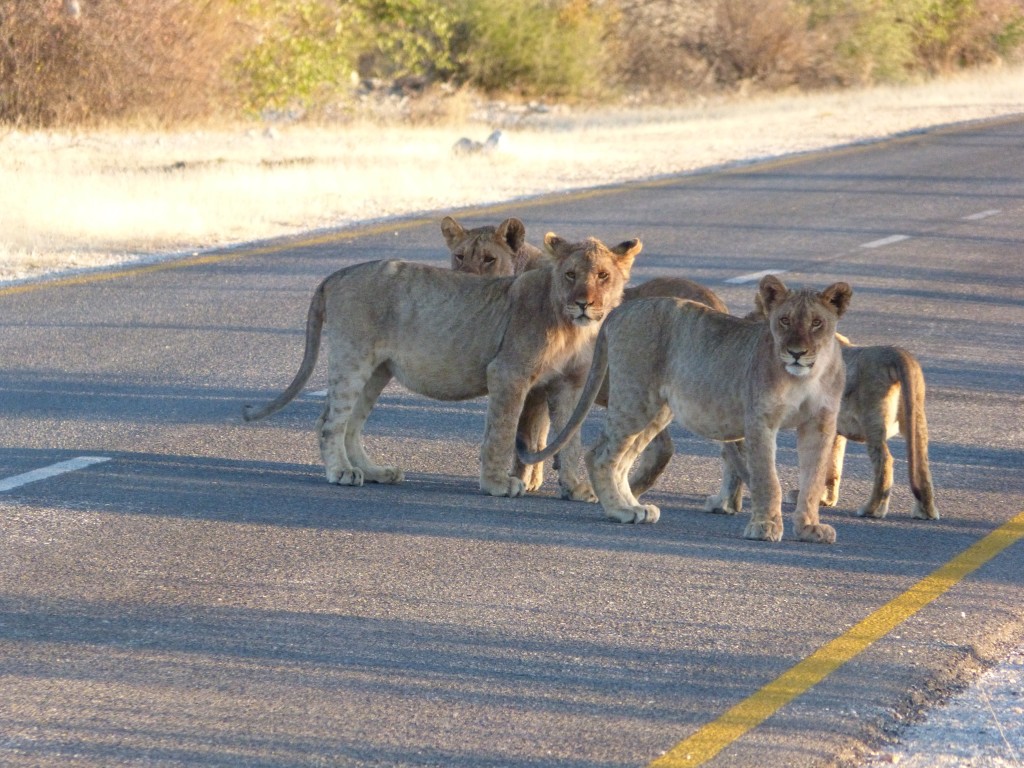 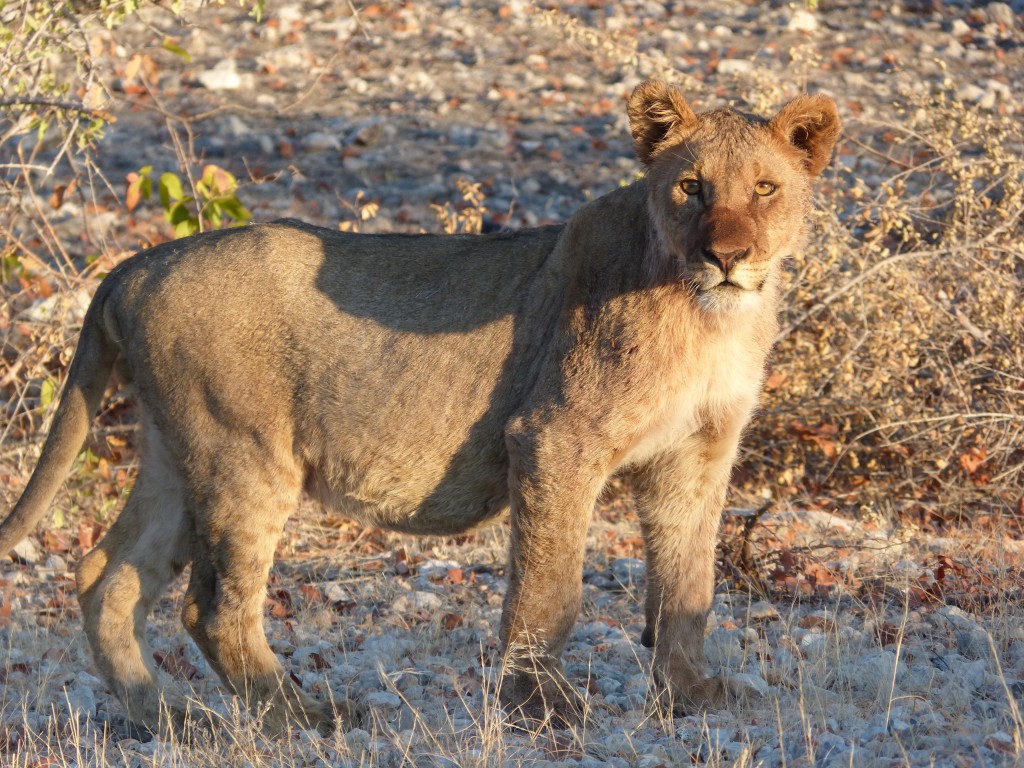 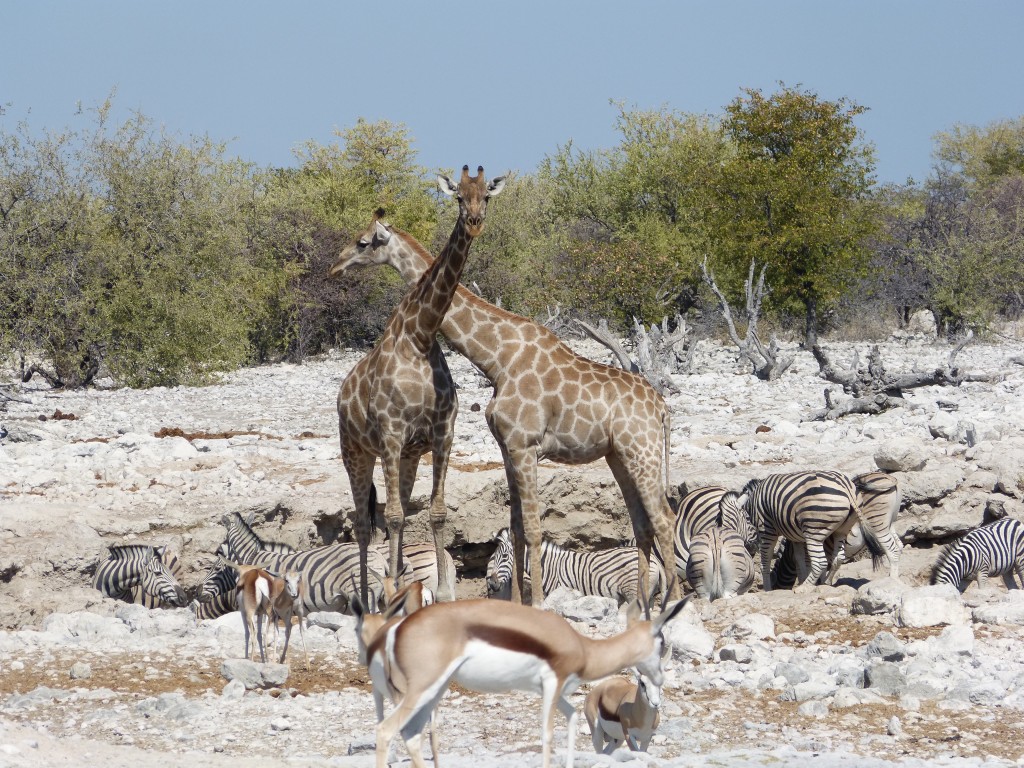 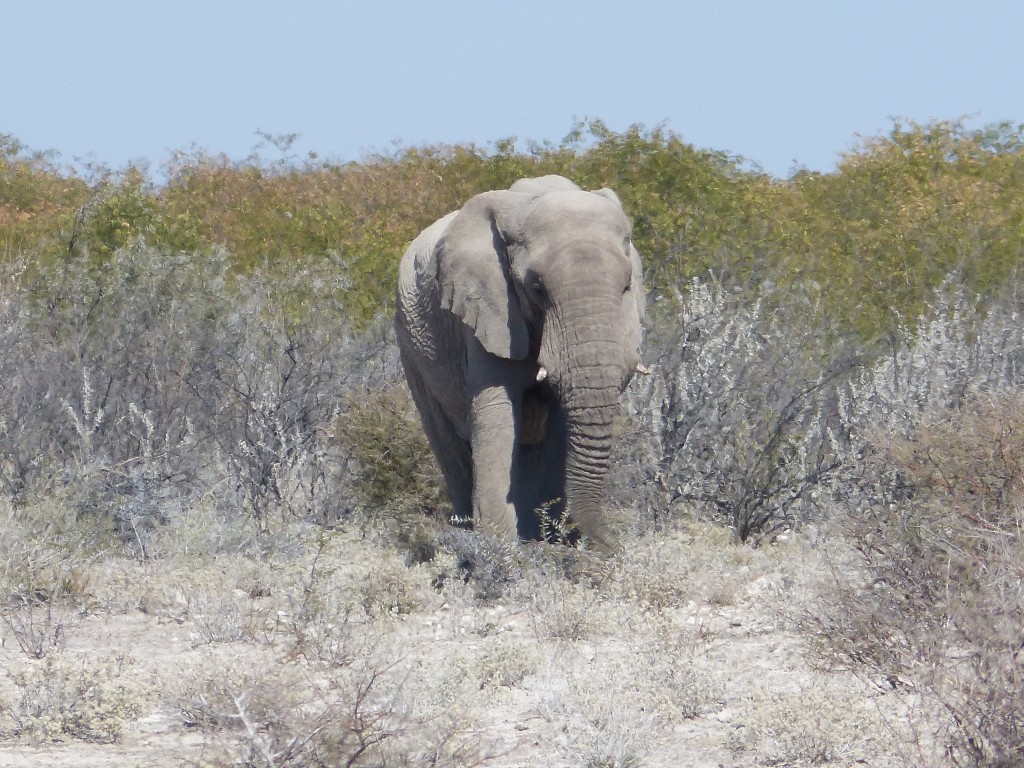 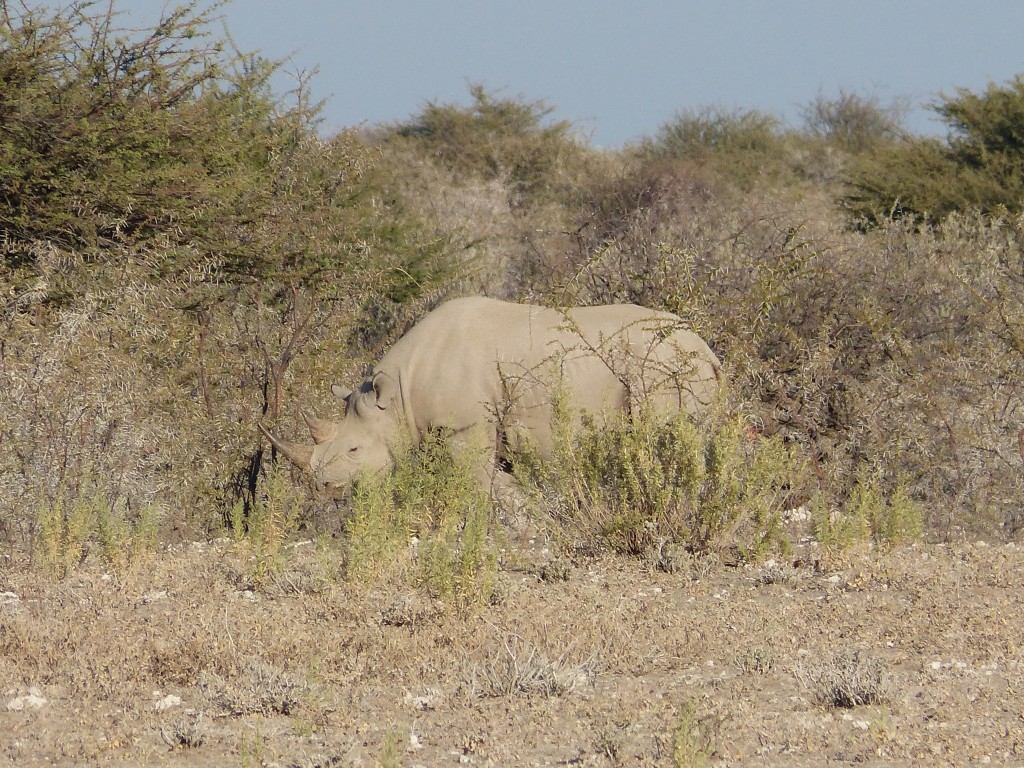 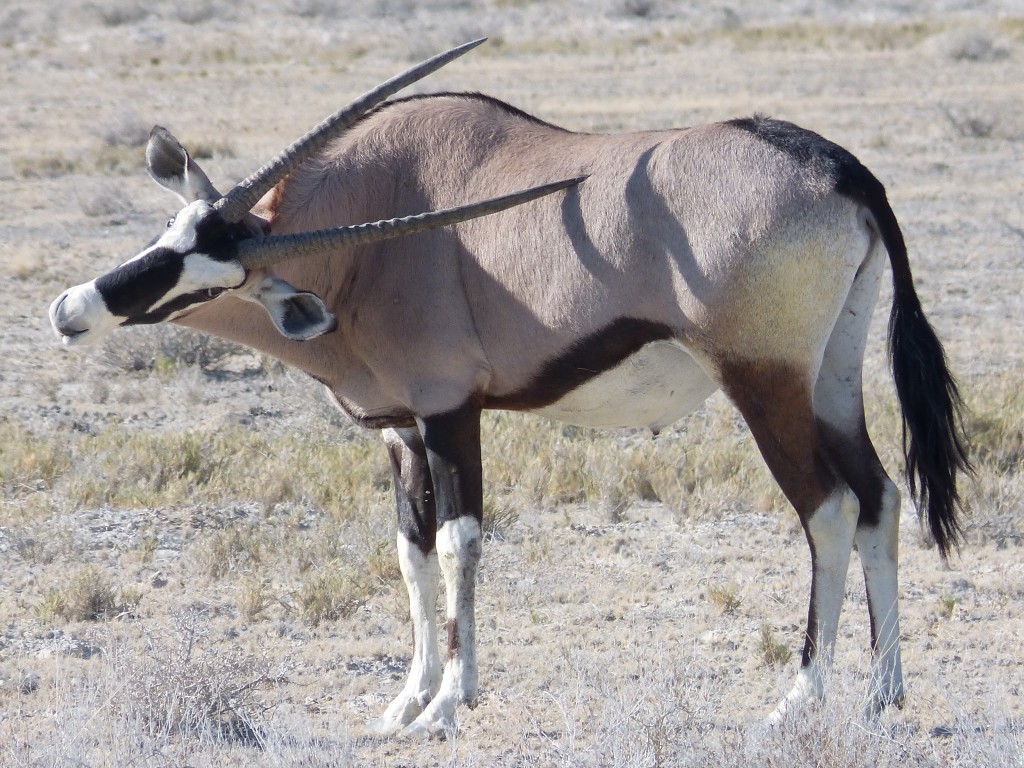 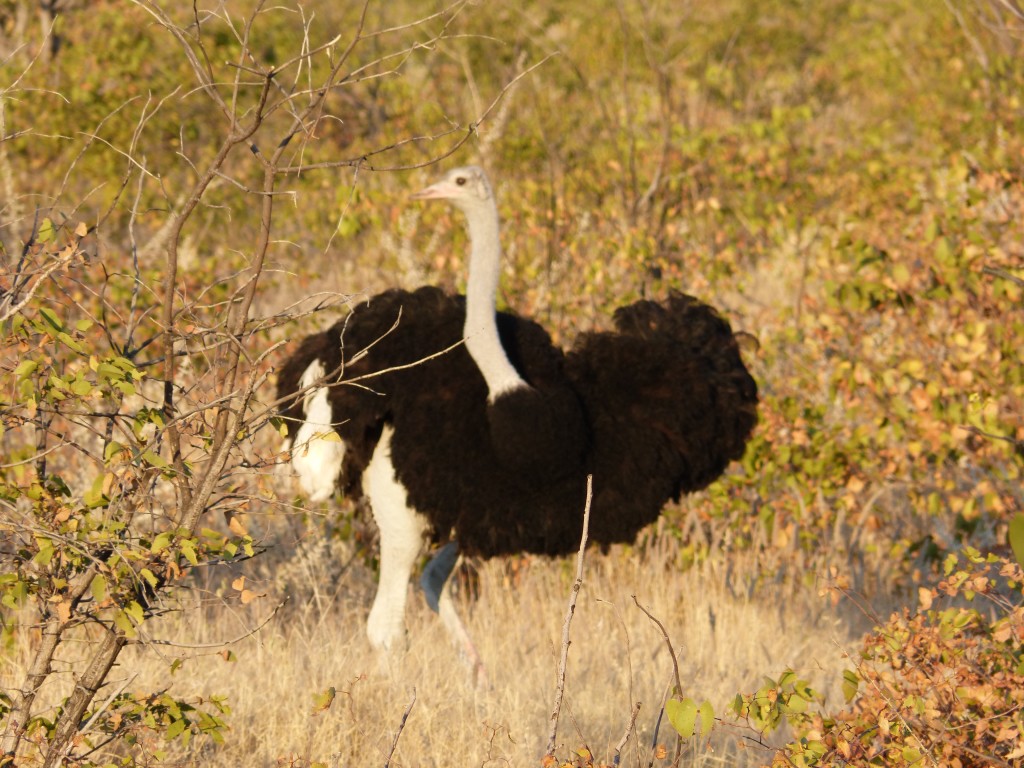 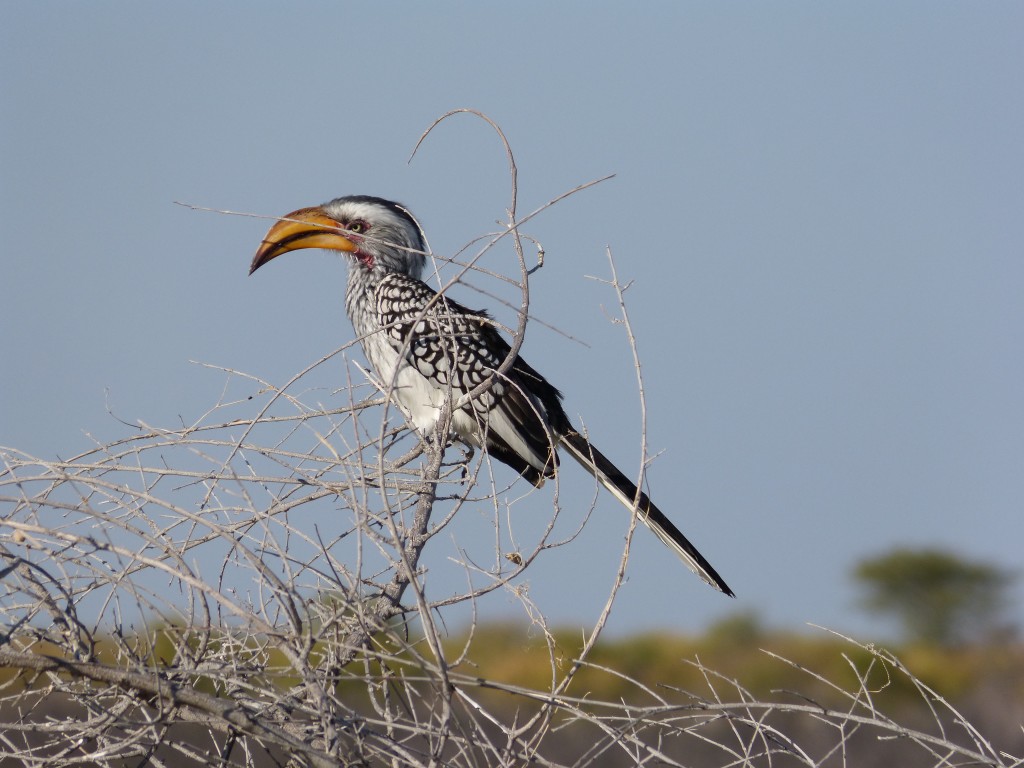 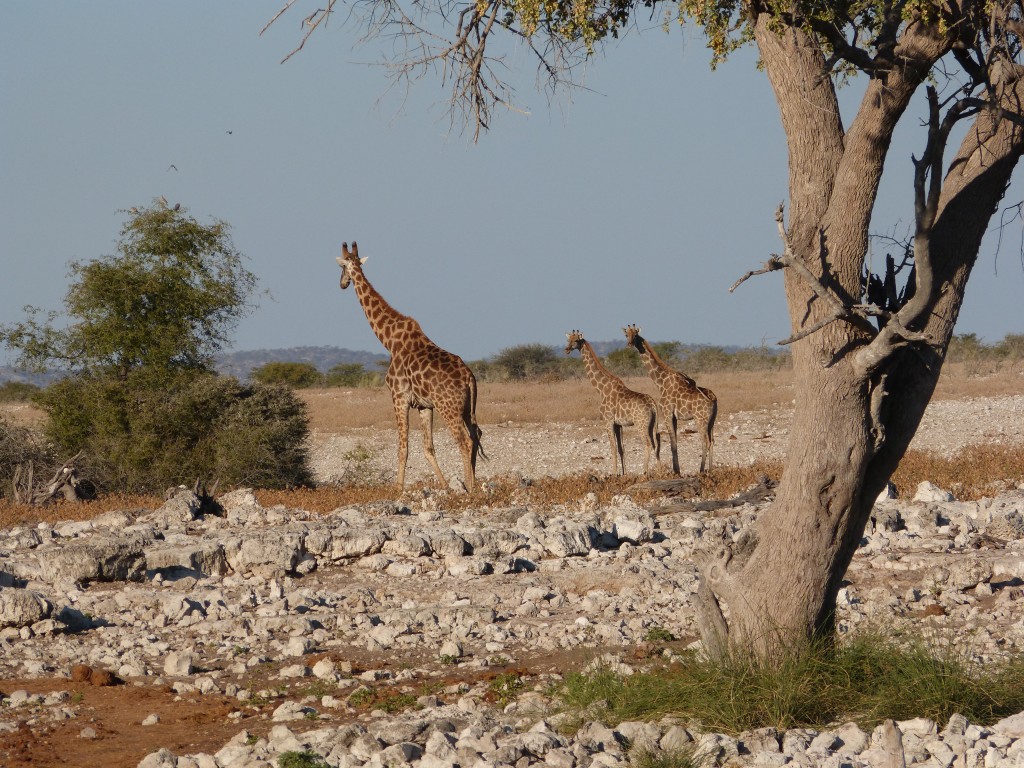 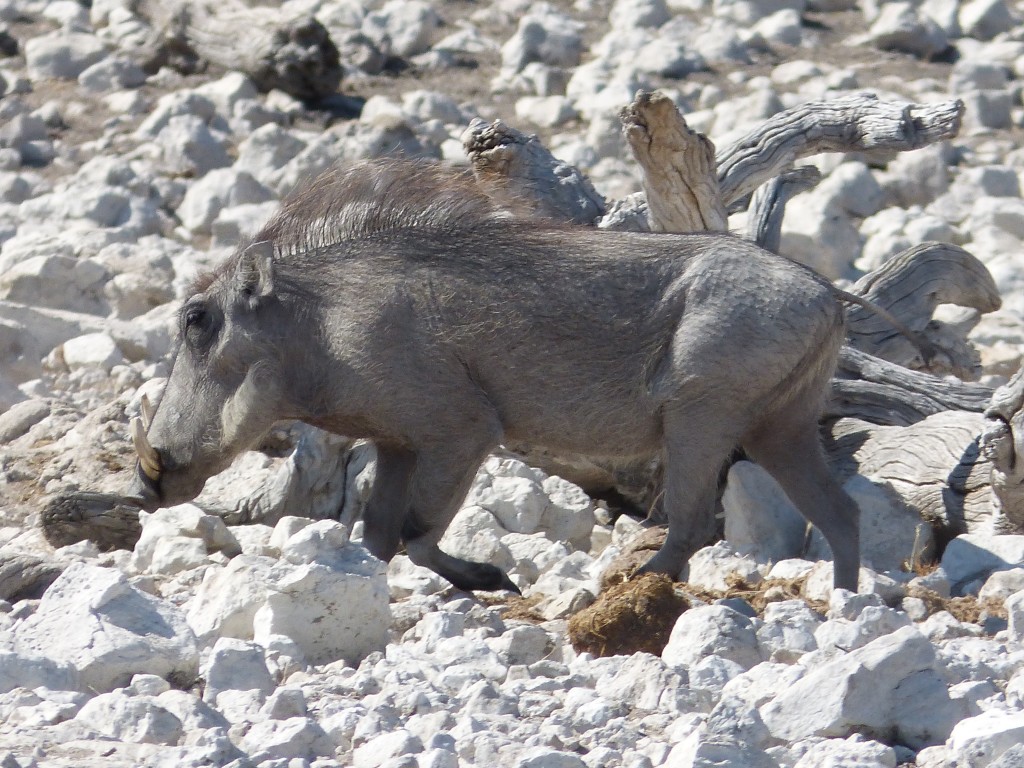 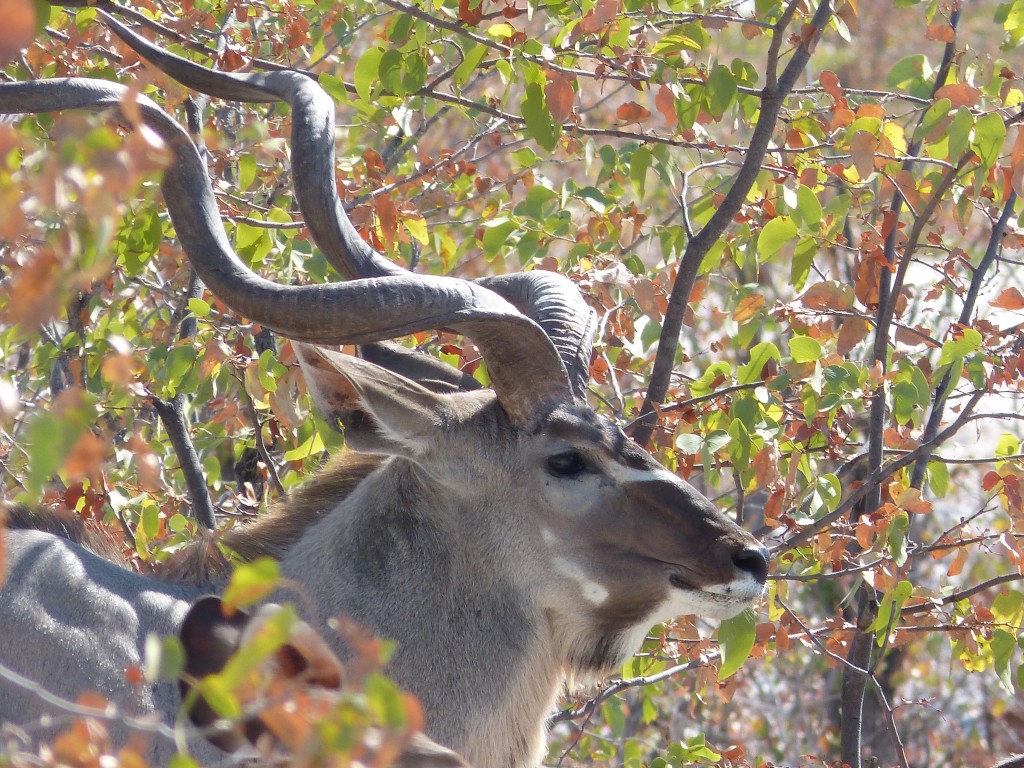 Today we left the park and drove six hours to Swakopmund on the shores of the Atlantic for a different kind of experience. I’ll tell you more about that in a couple of days.

(Don’s trip was organized, conducted and hosted by Pack Safari)