In less than 24 hours I Ieave for my third trip to Patagonia, one of the most beautiful, wild and remote regions on earth. 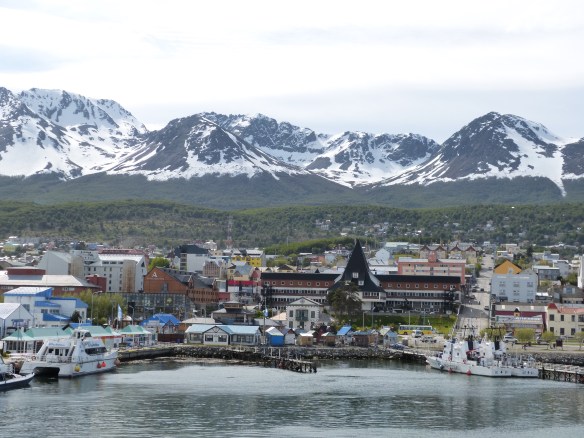 The first time was in 2002 when Katherine and I hiked the “W” route in Torres del Paine NP in Chile, checked out the glaciers in Los Glaciares NP in Argentina, and toured around Southern Patagonia before I headed off on my first trip to Antarctica, to sleep in a tent on the ice for 8 days.

I returned ten years later for the expedition cruise to the Antarctic Peninsula (see blog post about that trip). That trip started in Ushuaia, Argentina, arguably the southernmost town in the world (see photo above). Ushuaia is also the jumping off point for this trip, an expedition cruise through the Strait of Magellan to Punta Arenas, Chile. After the cruise, I head to Puerto Varas, Chile, on the northern edge of Patagonia, for the annual meeting of the Adventure Travel Trade Association (the Adventure Travel World Summit), where I will schedule most of my trips for the following year.

It should be a very interesting trip. The Strait of Magellan is scenic and wild, has a colorful history and played a major role in the explorations that opened up the new world. I’ll post whenever I can, depending on the availability of high speed internet and how well I endure the marathon networking and drinking sessions during the Summit.

2 thoughts on “Returning to the Bottom of the World”