My expectations for this trip were high. They were exceeded in every respect. 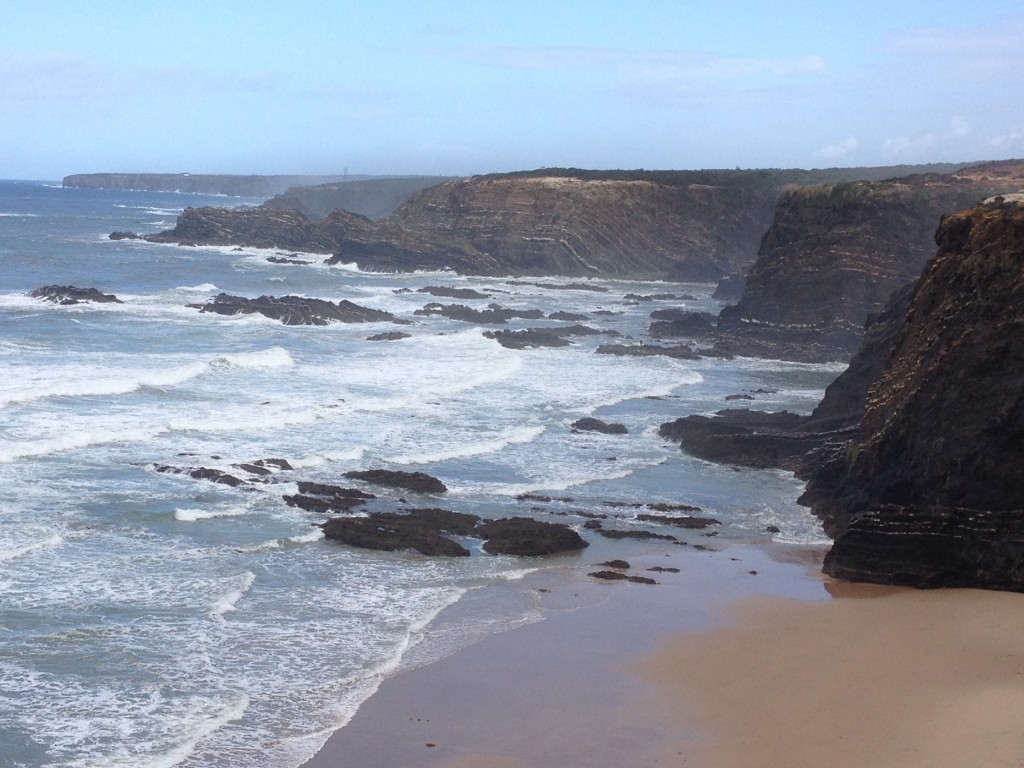 First, the scenery. Among the best wild coastal views I have ever seen and easily the best continuous, accessible coastal hiking trail for viewing this scenery.

Life is short and the world is big, so I try to avoid going back to the same place. If I have a chance to return to the Algarve, Alentejo and the Costa Vicentina, I’ll take it!

Until now I haven’t said much about the accommodations and the people because I had so much else to talk about. The three places we stayed at were excellent, often for different reasons. The first, the Aldeia da Pedralva, is more like a village than a hotel. In fact, it once was a village with a population of about 200 people until it fell on hard economic times. In the last several years the current owners — including Antonio Ferreira, our impromptu guide on Day 3 — purchased most of the cottages and converted the ghost town into a thriving hotel and jumping off point for hikers, surfers and tourists from around the world. 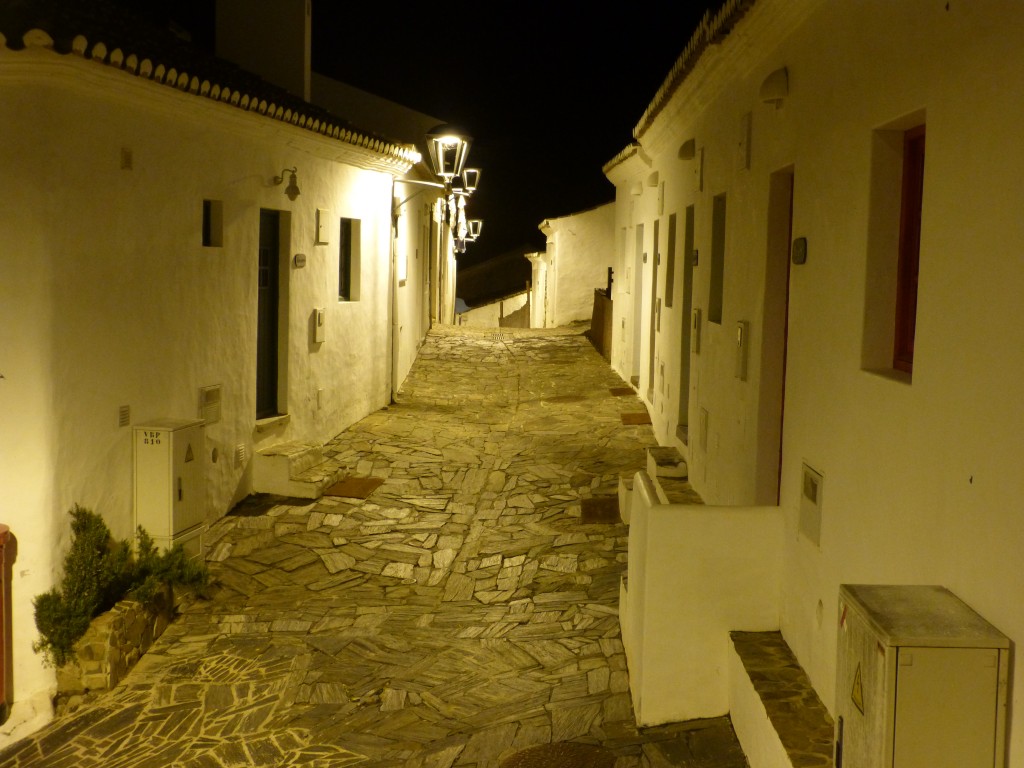 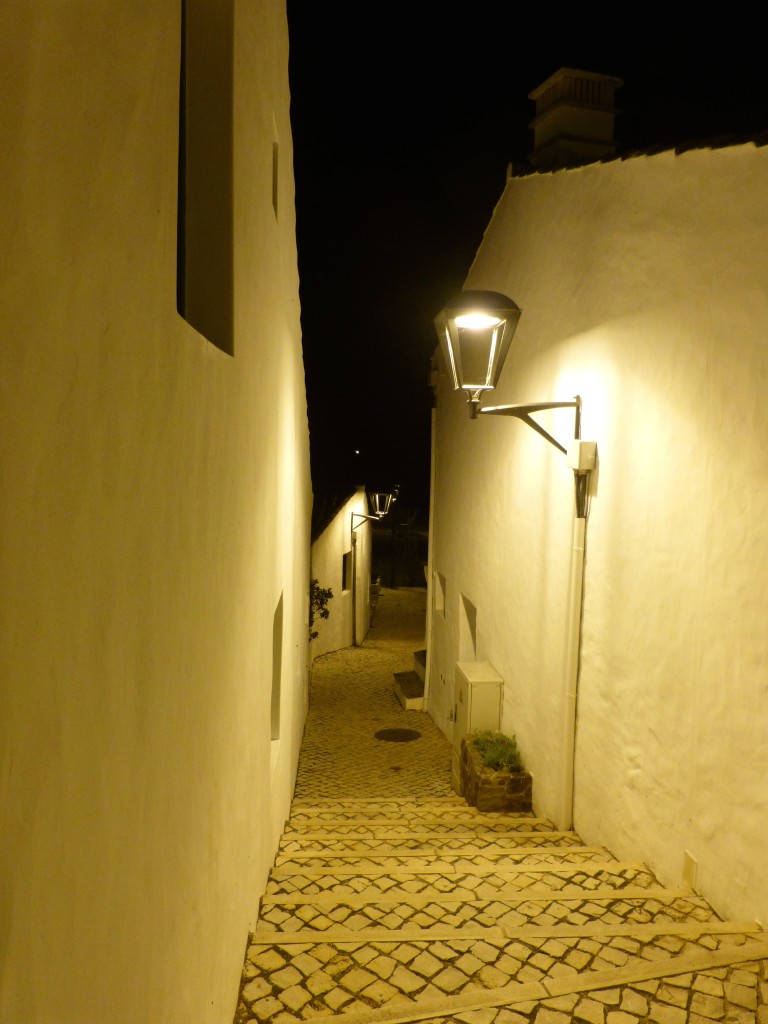 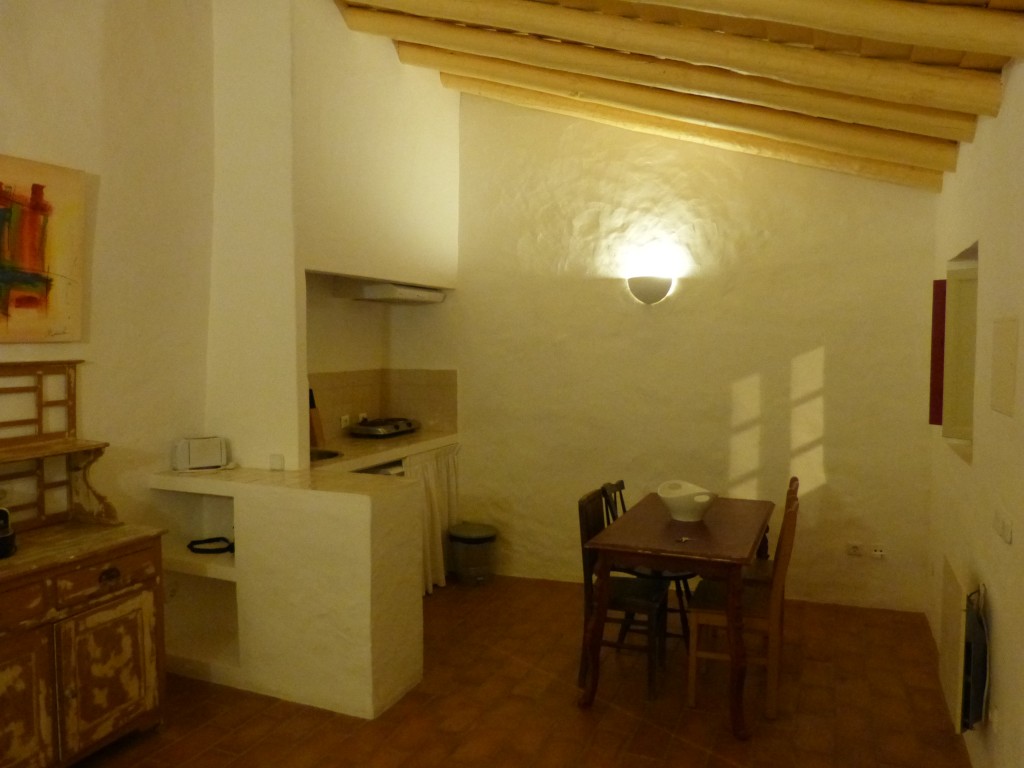 We ate every night at the excellent restaurant at the hotel. The most memorable dish, besides the chorizo and baked camembert (see earlier post) was the classic Portuguese dish bacalhao (pronounced like the name of Tony Soprano’s massive brother-in-law), also known as salt cod on bread. Its sort of like a very thick chowder or stew of cod, vegetables and garlic served in a hollowed out loaf of crispy bread. Yeh, like that gluey abomination served on Fisherman’s Wharf in San Francisco, clam chowder served in a bowl of sourdough bread. This is much better and probably came first. 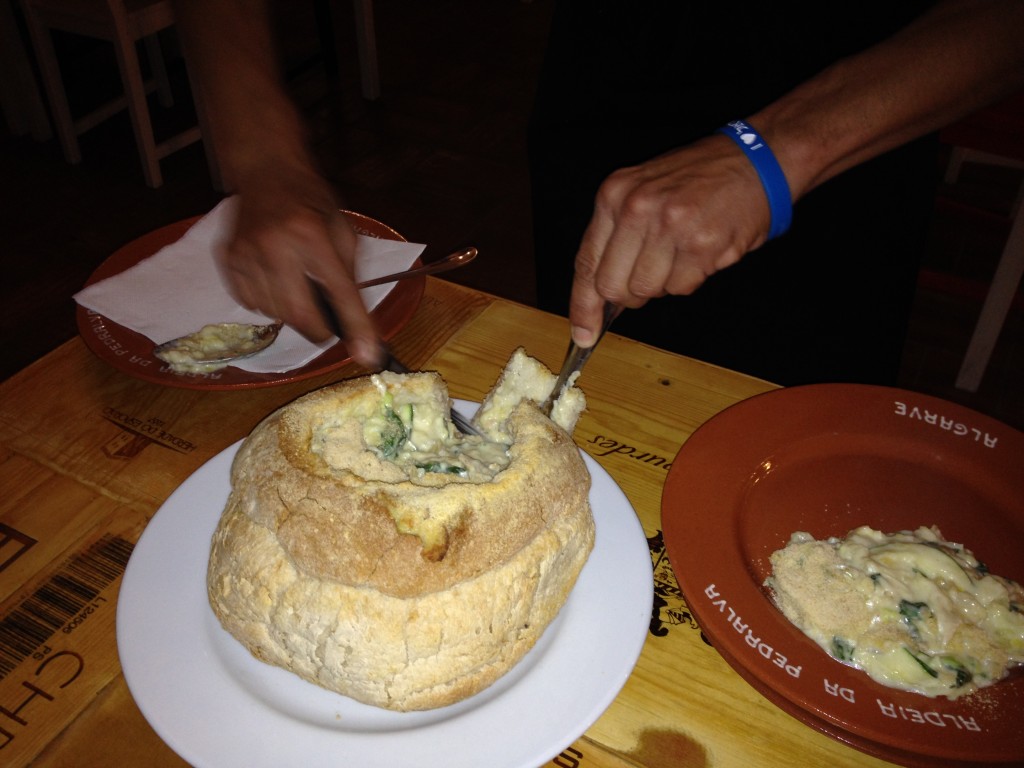 Our lodgings for our fourth and fifth night was at Cerca do Sul. It was very comfortable and intimate, and most important, it was close to the Rota Vicentina. We ate all of our meals there. The breakfast buffet was varied, generous, and excellent and the dinners were some of the best of our trip. The place was small and there were only a handful of other guests while we were there, so our conversations with the other guests involved more than just the usual exchange of pleasantries.

I have already described the last place we stayed, Quinta do Barranco da Estrada, in my previous post, so I won’t say any more here other than the owners, Frank and  Daniella, were among the friendliest and most interesting people we met on our trip. Frank is also an excellent birding guide. Garrulous, funny, loud, raucous, and macho — he is anything but the stereotypical birder, at least in my biased and uninformed opinion. He even got me interested, and if we had one more day in “Paradise,” their name for their property, we would have gone out on one of his birding expeditions.

Speaking of interesting people, that was another, unexpected plus of the trip. All of the people we met — mostly from the UK, Portugal, the Netherlands and Germany — were friendly and smart. Lively conversation when we wanted it, and privacy when we didn’t. And the people we met were polite enough to avoid the kind of argument that makes social interaction in the US such a minefield these days. That didn’t mean that the conversations weren’t interesting, just that they were always congenial. Maybe they agreed with everything I said.

(Don and Katherine’s trip was hosted by Macs Adventure)