After three days in Dubrovnik we split for Split. (Sorry, its either alliterations or puns. Take your pick.) 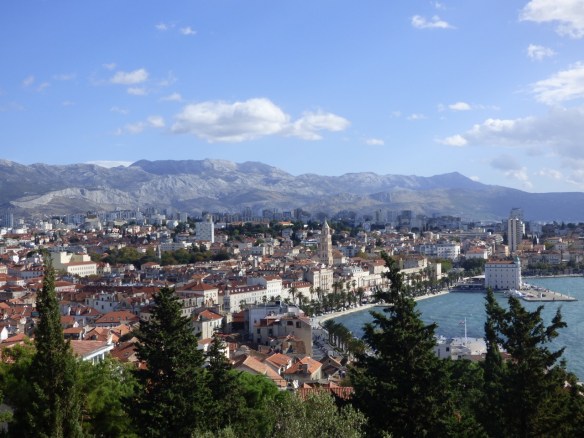 Split is a four to five hour ferry ride north of Dubrovnik. In the summer the ferry is very popular, with people getting on and off to visit the picturesque islands and towns along the way. 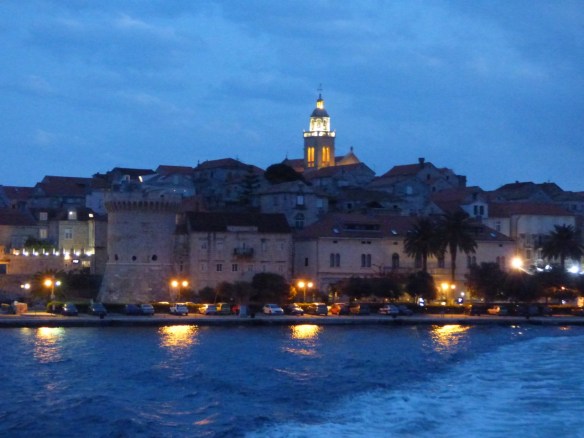 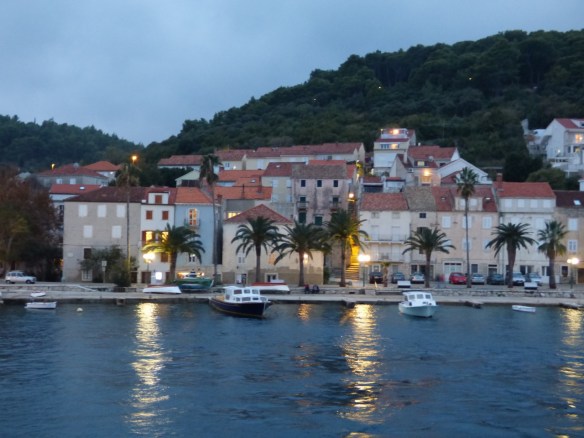 Since the weather was changing, we decided to head straight for Split to beat the southerly winds and the storm they were carrying our way.

Good move, We had a day and a half of gray, spritzing weather before the storm hit. We made good use of that time exploring the Diocletian Palace, an ancient palace built for the Roman Emperor  Diocletian at the turn of the fourth century, then taken over by the Church in the 7th. Most recently it was used as the set for the fourth season of the Game of Thrones. 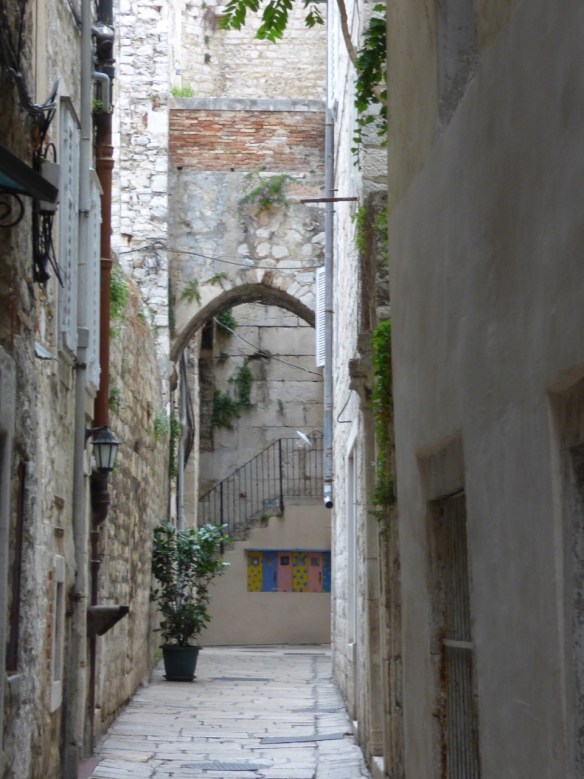 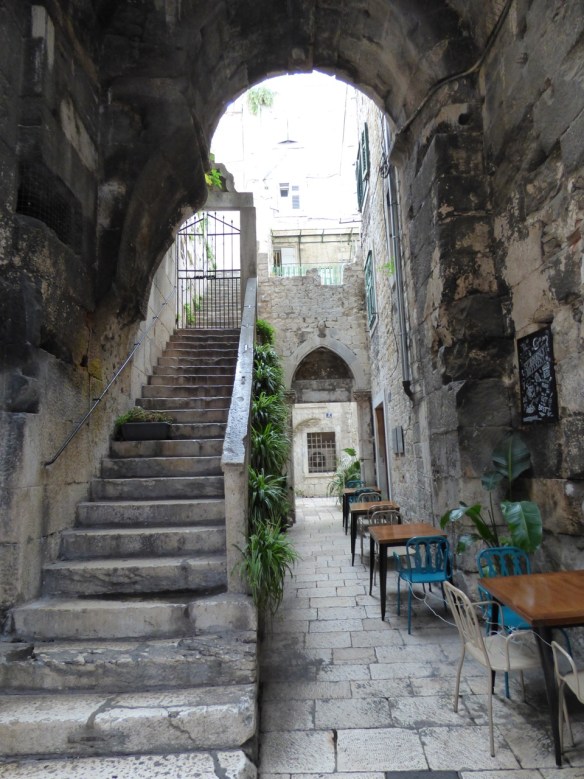 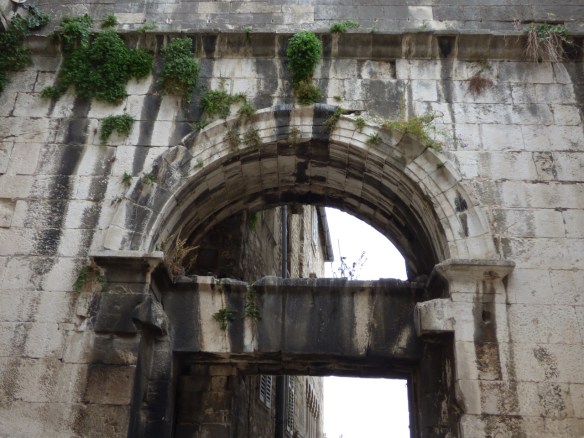 The palace forms about half the old town of Split. The rest is a warren of narrow streets with restaurants, shops, places to stay, a tower and a cathedral. 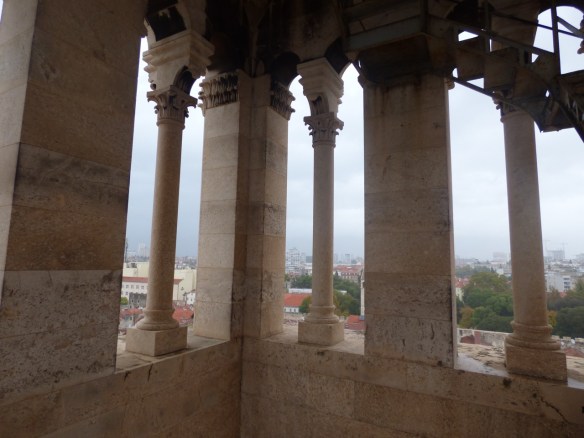 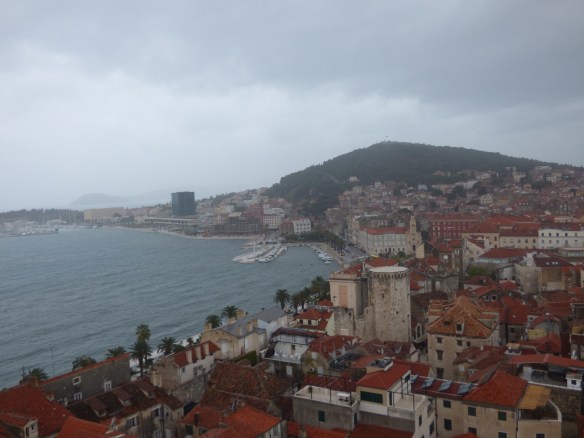 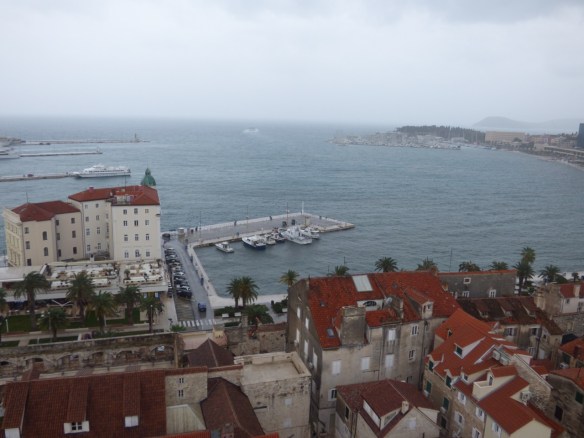 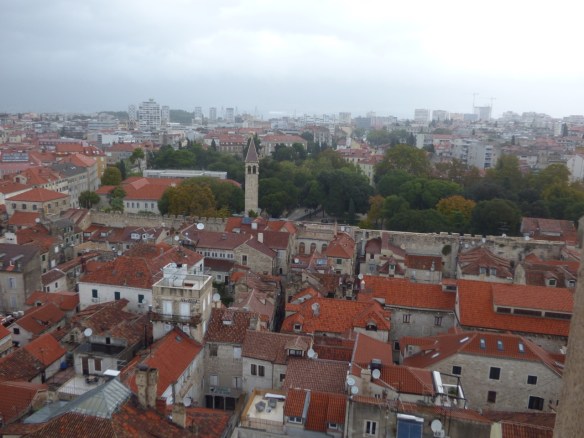 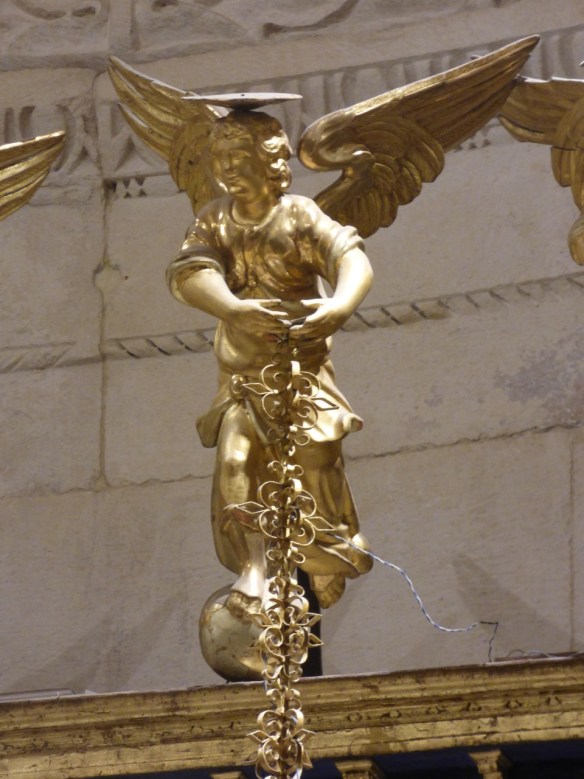 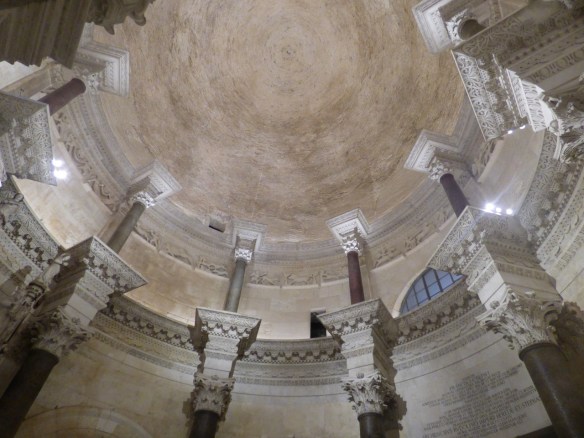 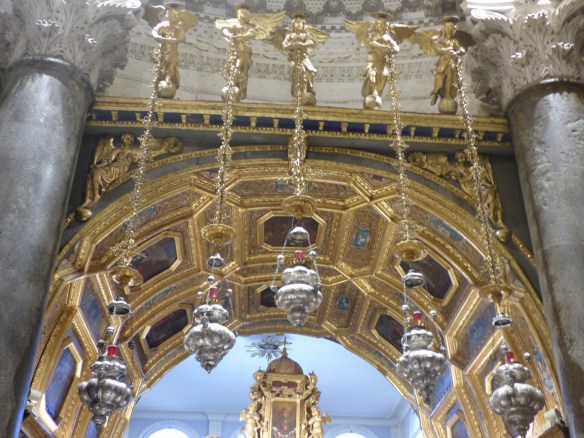 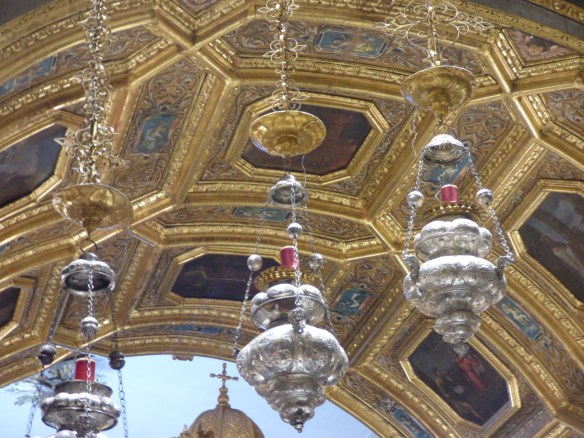 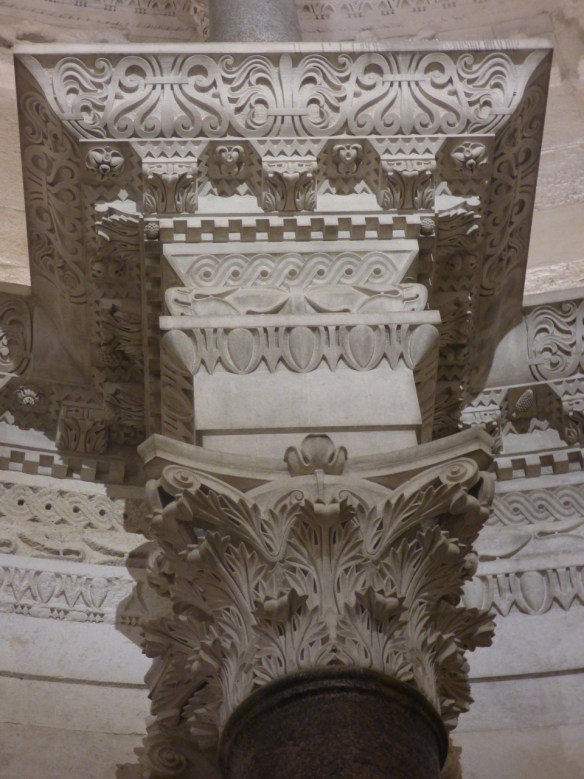 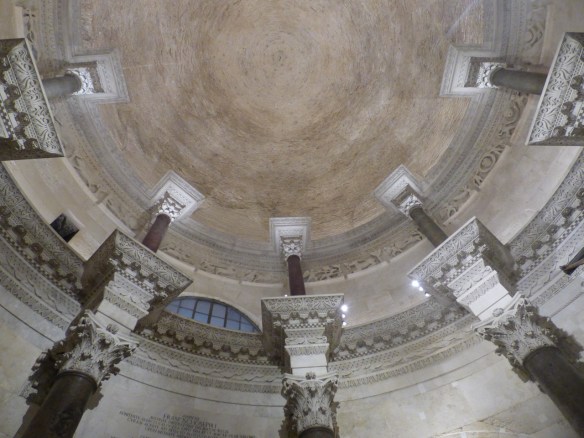 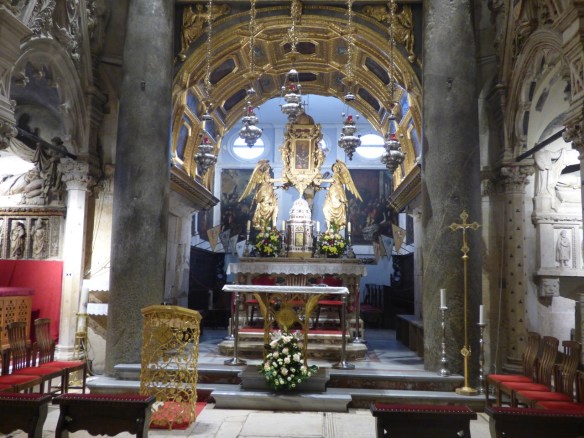 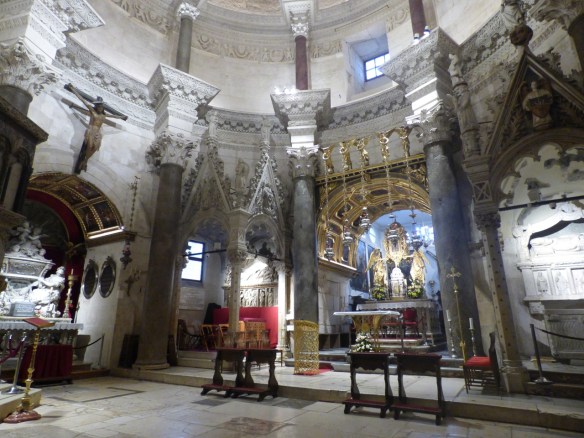 There is even a very old and small synagogue built into the walls of the old city. 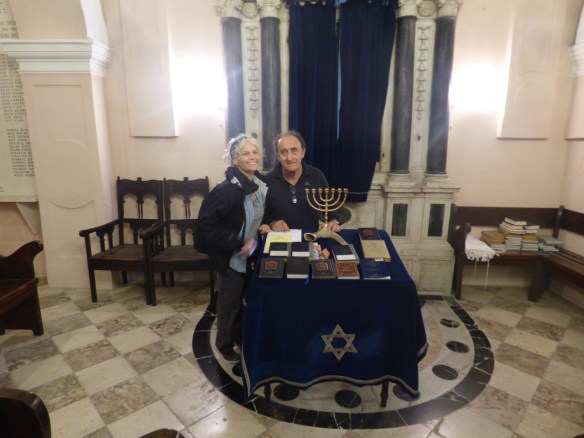 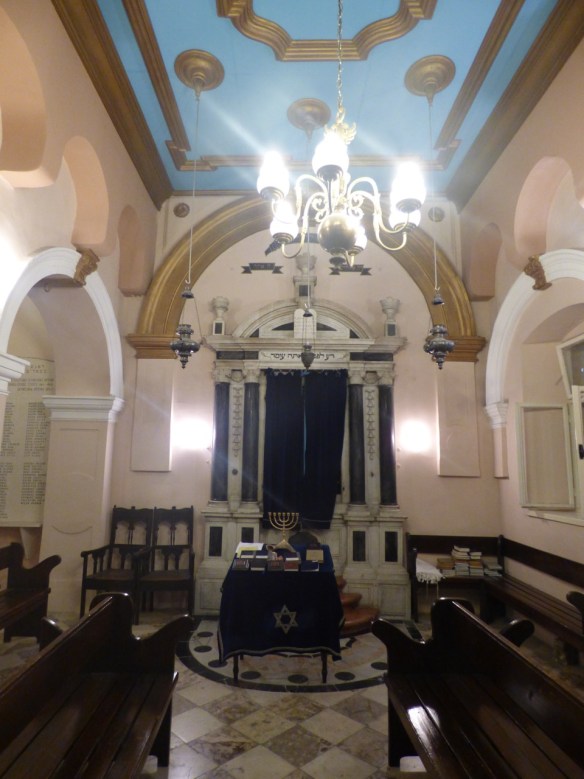 The guy in the photo with Katherine is Alberto, the avuncular guide/caretaker of the synagogue, who filled us in on the history of the Jewish community in Split, which barely survived the Holocaust. The tiny community continues to use the synagogue on the High Holy Days.

On our third day the sun came out. We walked to Marjan Hill, a vast park and nature reserve on the western edge of the city, and hiked up to the highest point to admire the view of the city sparkling in the sun. 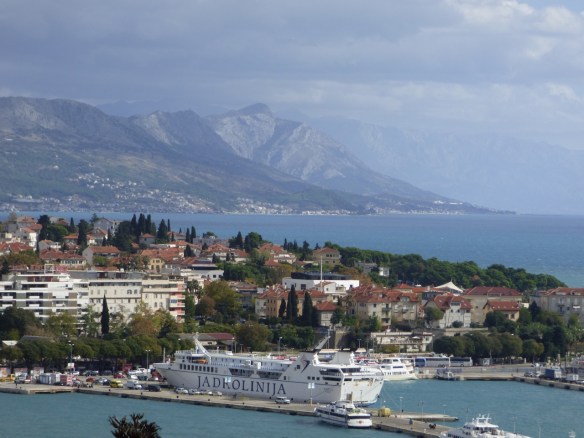 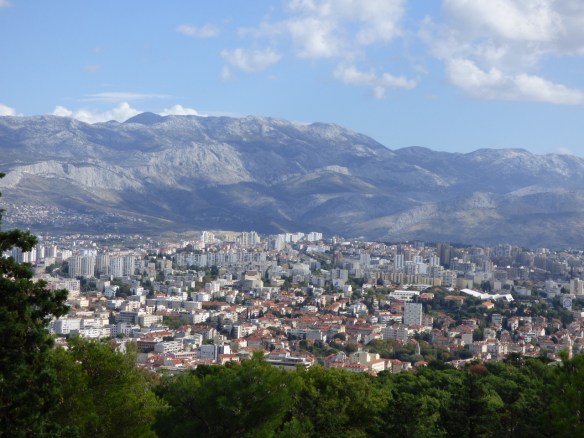 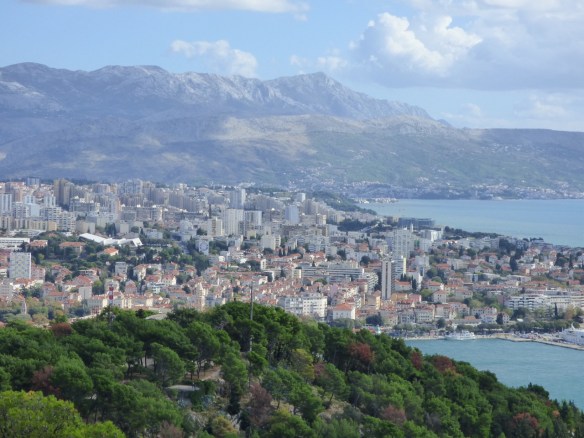 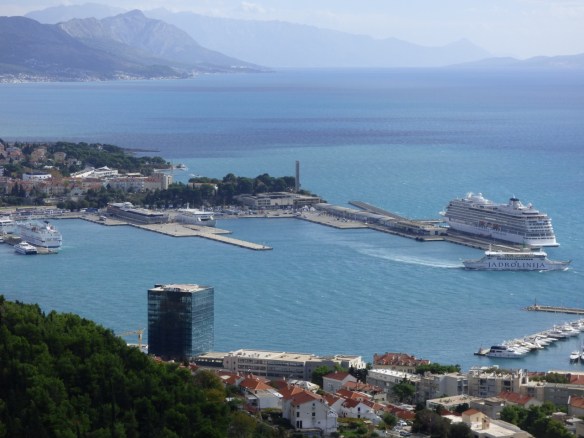 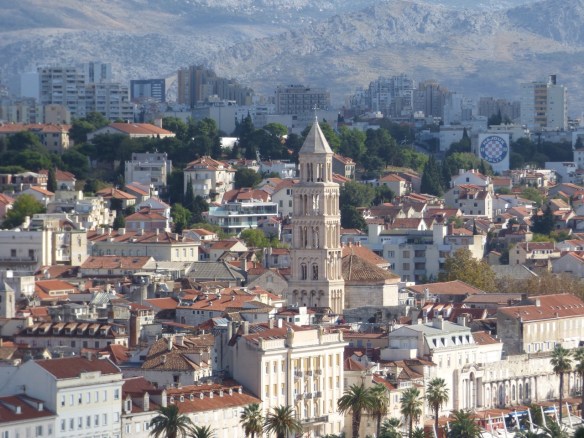 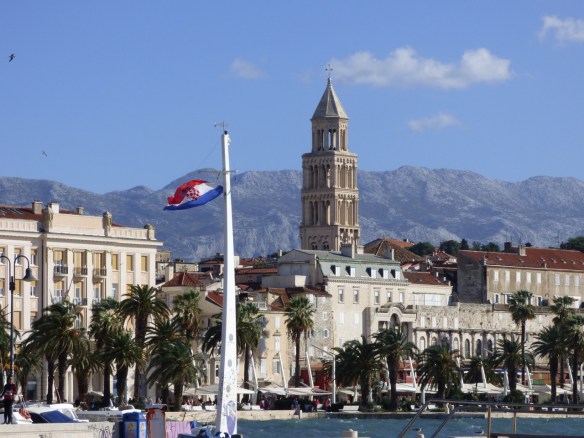 Marjan Hill is also the site of an old Jewish cemetary. 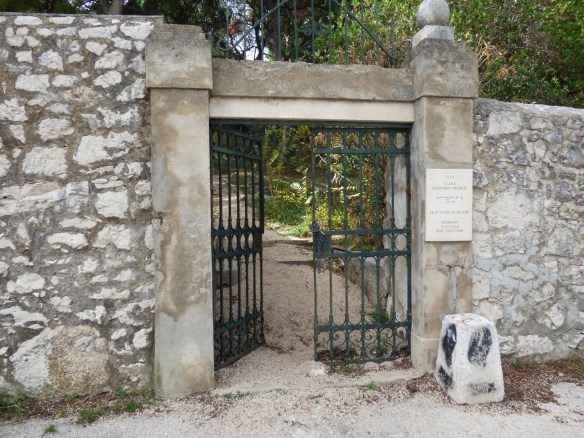 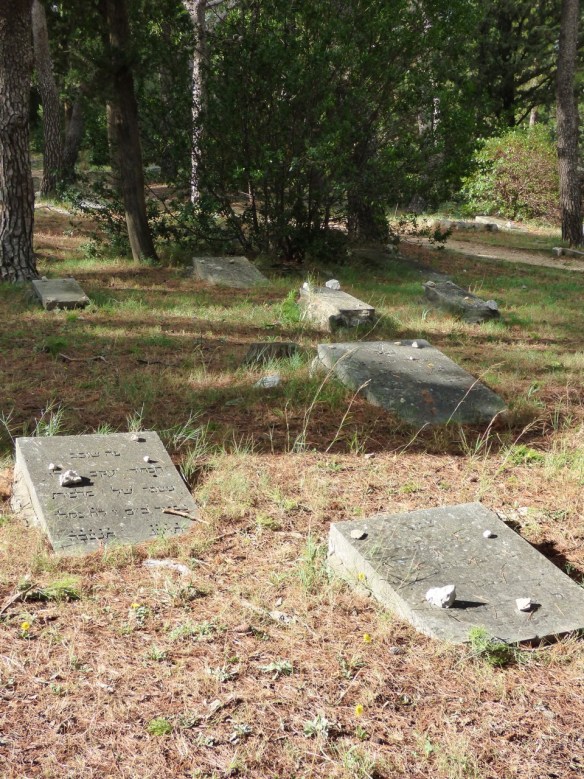 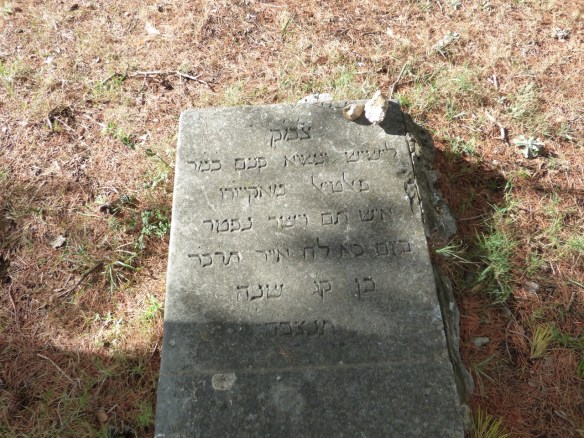 That was the end of our 8 day visit to Croatia and the Dalmation Coast. The last leg of our trip was to Sarajevo, maybe the least photogenic but most poignant stop on our month long trip. I loved Italy and Croatia, but Sarajevo touched me in a way that other places have not. I was going to attend the XX2 Sarajevo Jazz festival, but I experienced much more in my few days in this tragic but strangely uplifting city.