After three and half days of rocky coastline, avant-garde sculpture, and oysters it was time to head south for vineyards, bizarre undergraduate rituals, and some of the best pastries I’ve ever eaten. From the sculpture park of Pilane we headed almost 4 hours south to Molle in Skane, the southernmost county in Sweden. Molle, a 19th Century fishing village, was transformed into one of Sweden’s first seaside resorts because of its scandalous mixed gender beaches. I’m not talking about nude bathing mind you. Just men and women bathing together (gasp!). Sweden, indeed the rest of the Western world, has come a long way since then. 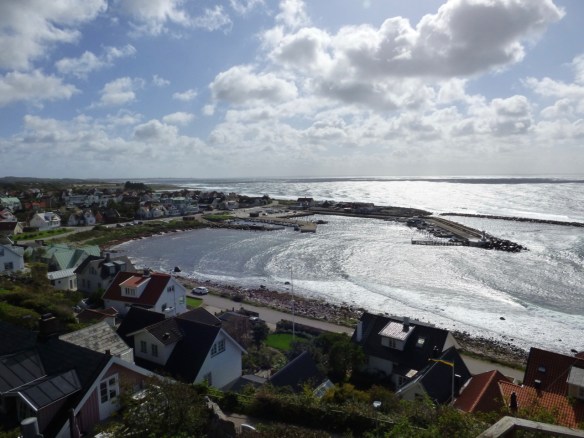 After an overnight stay at the historic Hotel Kullaberg in a room overlooking the harbor, David, from Kullabergsguiderna, guided us on a rocky hike along the shore, through the Kullaberg Nature Reserve to a hilltop overlooking the water and a lighthouse. Along the way we stopped at Ransviks Havsveranda, where the mixed bathing started, for a Swedish Fika, a coffee break with enough food to pass for lunch. 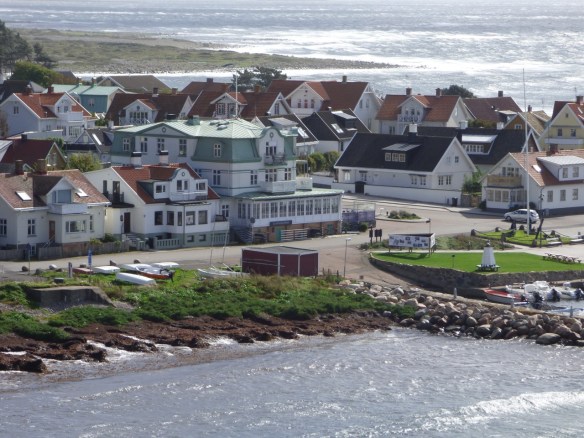 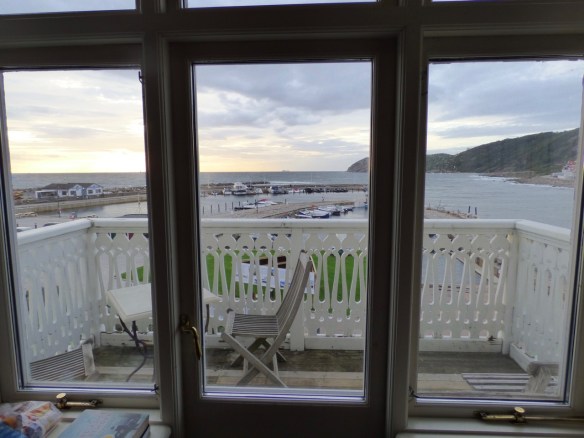 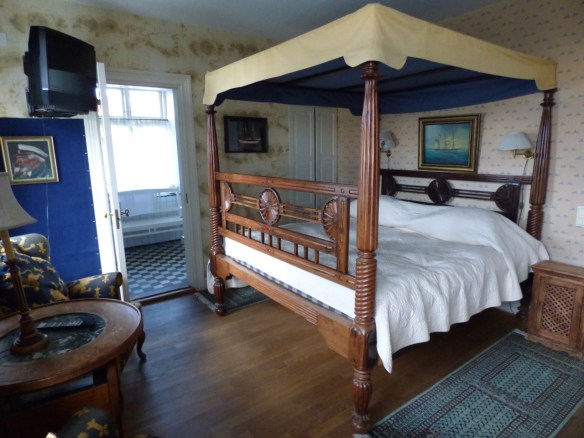 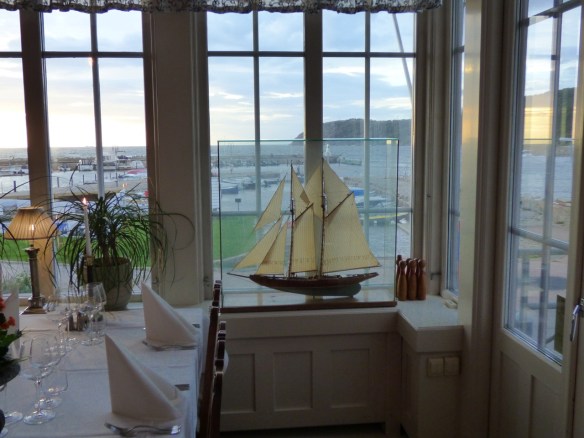 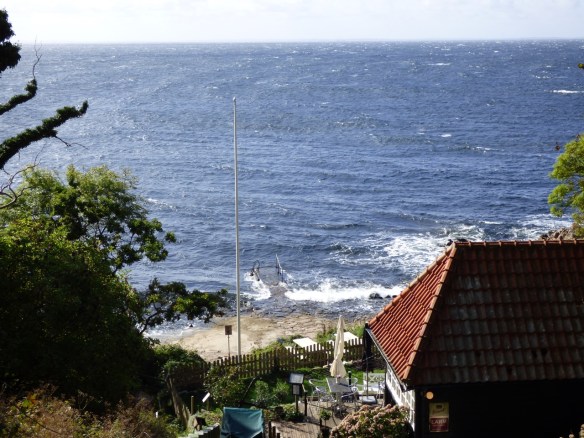 Speaking of lunch, after our hike we stopped for lunch at the Grand Hotel Molle, as grand a hotel as you will find anywhere, perched on a hill with spectacular views of the village and harbor. I actually lost five pounds on this trip. I don’t know how. Most of the Swedes we saw looked fit and trim. I guess they don’t indulge in the buffet breakfasts, belly-busting  fikas, and generous lunches and dinners that I ate almost every day. 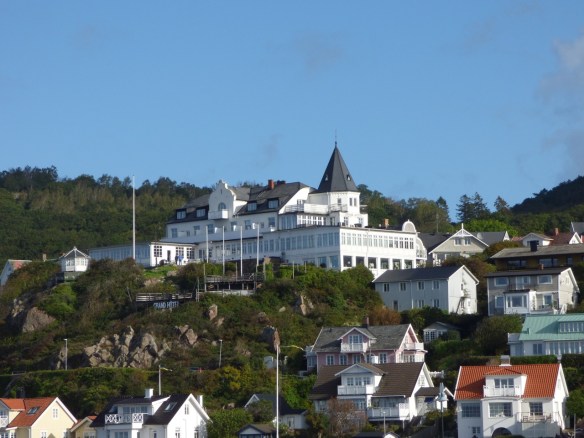 The eating (and drinking) continued after we left the hotel. Our next stop just a few minutes away was Arild’s Vineyard, with rows and rows of grape vines, wine vaults from Roman times, and farm buildings dating from the 16th Century. Now Sweden may not pop into mind when you think of wine, but I can tell you that the wine and the meal we had at Arild’s were excellent. The eating and drinking continued. 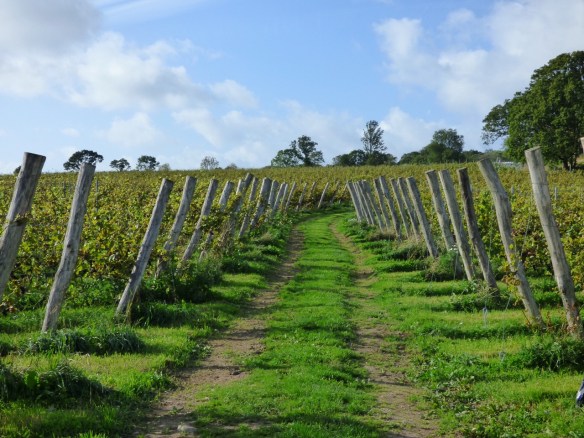 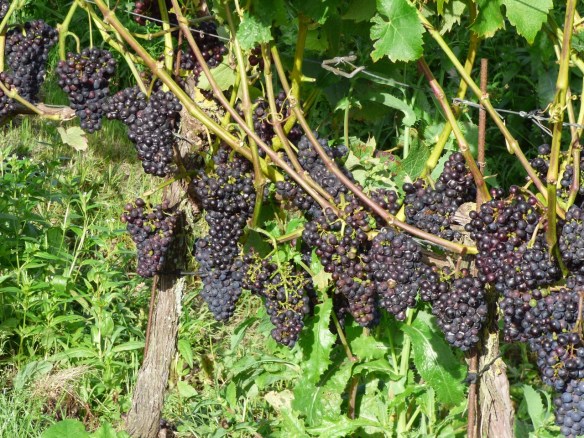 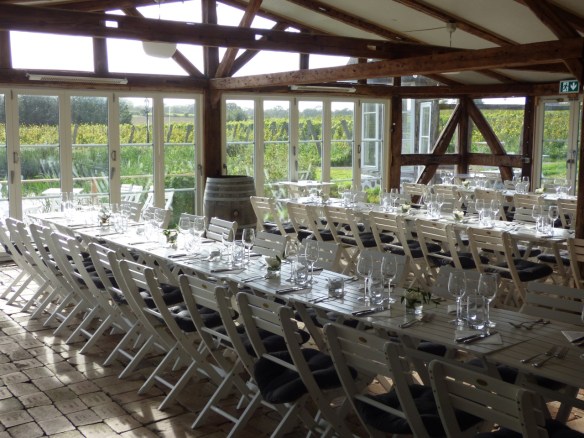 The next day we drove to Lund, the site of one of the oldest universities and cathedrals in the world. Michael Economou, a local school teacher, guided us on a tour through the medieval streets of the city. Apparently it was the start of the new semester for the civil engineering students, and they celebrated the beginning of the school year with costumes and rituals that would put the typical US fraternity to shame. Drinking? Of course. Bizarrely-decorated costumes that could easily mask the consequences of too much drinking (Get it? Need I get more graphic?)? Why not? Thousands of motley-dressed students line dancing and twerking on the quad? You bet. If this is the way civil engineers party, I would love to see the comparative lit majors get down. 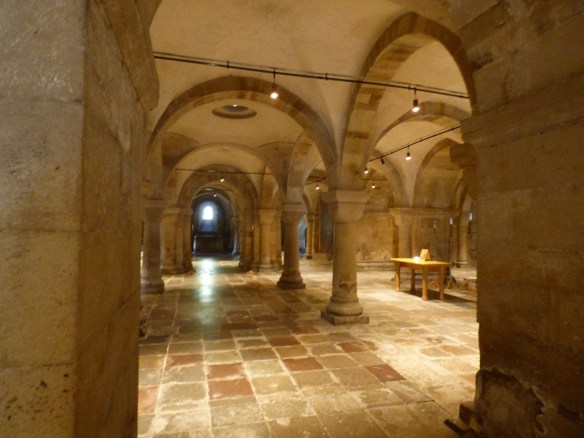 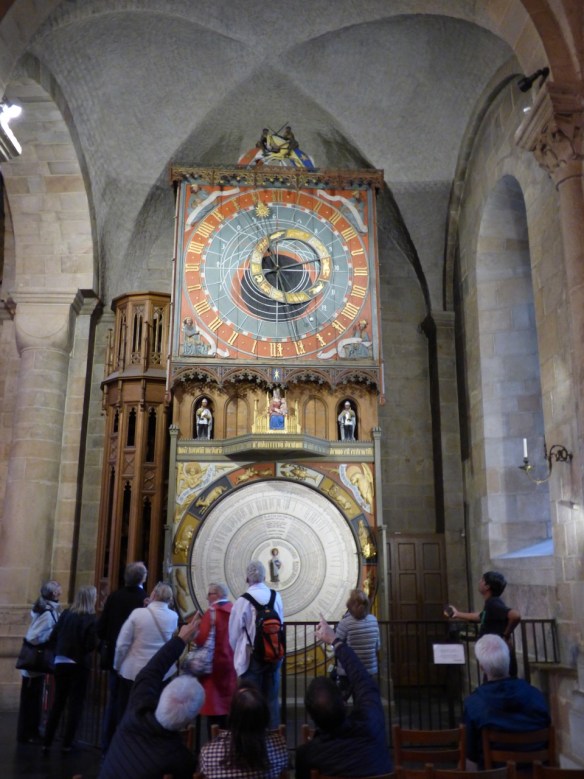 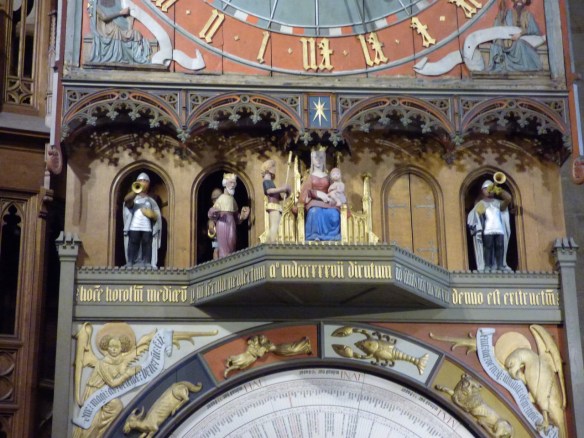 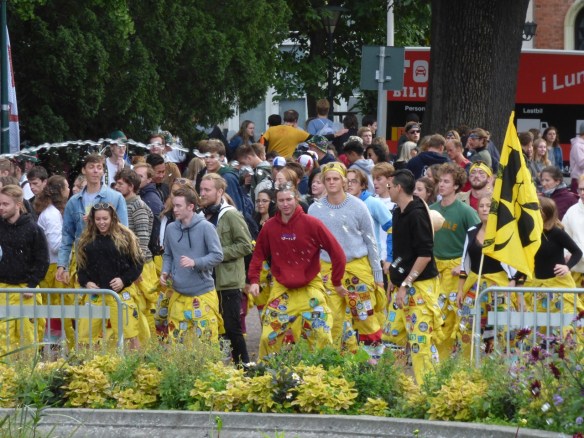 After more food — seafood soup for me — at Malmstens Fisk inside Lund’s Saluhall, Lund’s version of a contemporary food hall, we headed to, where else, a bakery. But not just any bakery. Olof Viktors Cafe, one of the best bakeries in Sweden. For a fika, of course, just in case we were hungry. I wasn’t but I did my best and sampled everything I could. In a desperate attempt to burn off some calories, we then drove a short distance to the trailhead for the megalithic Ales Stenar monument. Ancient stones several feet high arranged in a pattern of some significance to the ancients that created it but a mystery to the archeologists that study it, the site and its surroundings are stunning. It’s a short but steep hike to the stones in a grassy meadow on a bluff overlooking the sea. In a trip that featured spectacular scenery, this was one of the best. 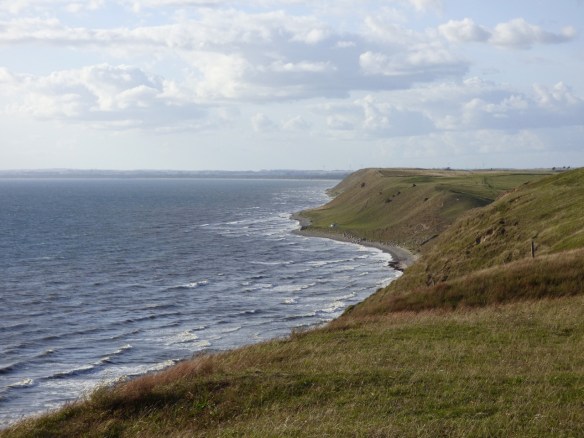 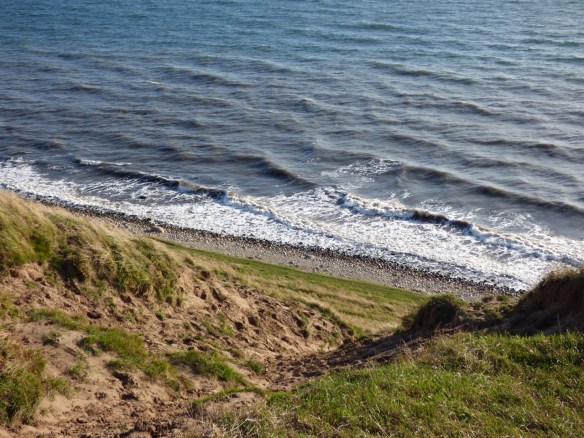 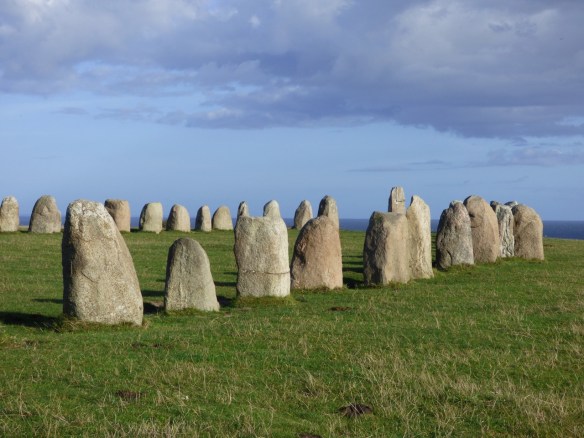 It was late afternoon when we hiked to the stones. The sun was low in the sky, and the stones cast long shadows across the meadow. There were at most four other people at the site when we arrived. All I had to do was wait a minute or so for the others to drift out of site behind a standing stone to take photos. It didn’t take much to imagine that I was back 1000 years worshipping or watching the sun rise or fasting for spiritual enlightenment (well….maybe not that).

I figured that it couldn’t get any better than that. But then we headed to our accommodations for the night, at Karlaby Kro, a traditional farmhouse converted into a luxury hotel and spa. In a trip that featured memorable places to stay, this was one of the best. My only regret was that we could spend only one night. 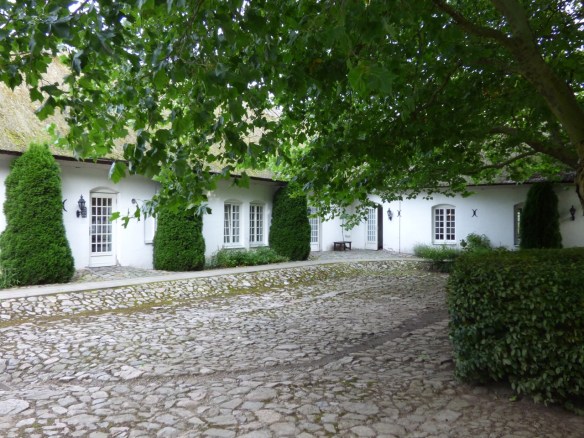 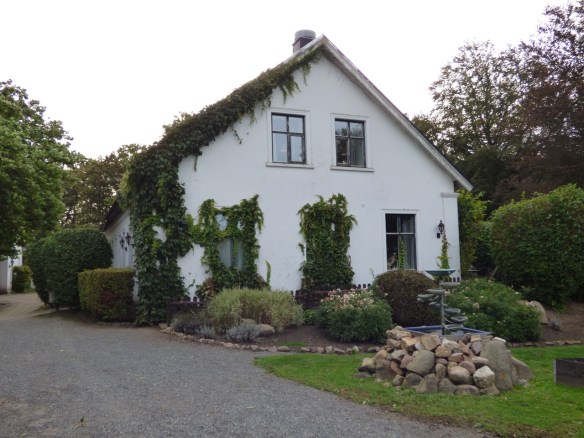 My 50th anniversary trip was winding down and it was time to return the next morning to Gothenburg and give up our trusty companion, the high tech Volvo that had shepherded us around for the week. I had expected to spend a lot of time thinking about that trip 50 years ago, dredging up long dormant memories, nostalgic for the dreams of a future that stretched out before my 27 yo self. But I didn’t. Instead, I was lost in the present, creating new memories with a new companion, a new car, and destinations that I had missed 50 years before.

West Sweden and Skane will do that to you. Especially if you have a new fangled car with a navigation system that can take you everywhere you need to go and tourism professionals who can create an itinerary that will take another 50 years to forget.

(Note — Don and Katherine’s trip was hosted by Volvo, West Sweden Tourist Board and Tourism in Skane)